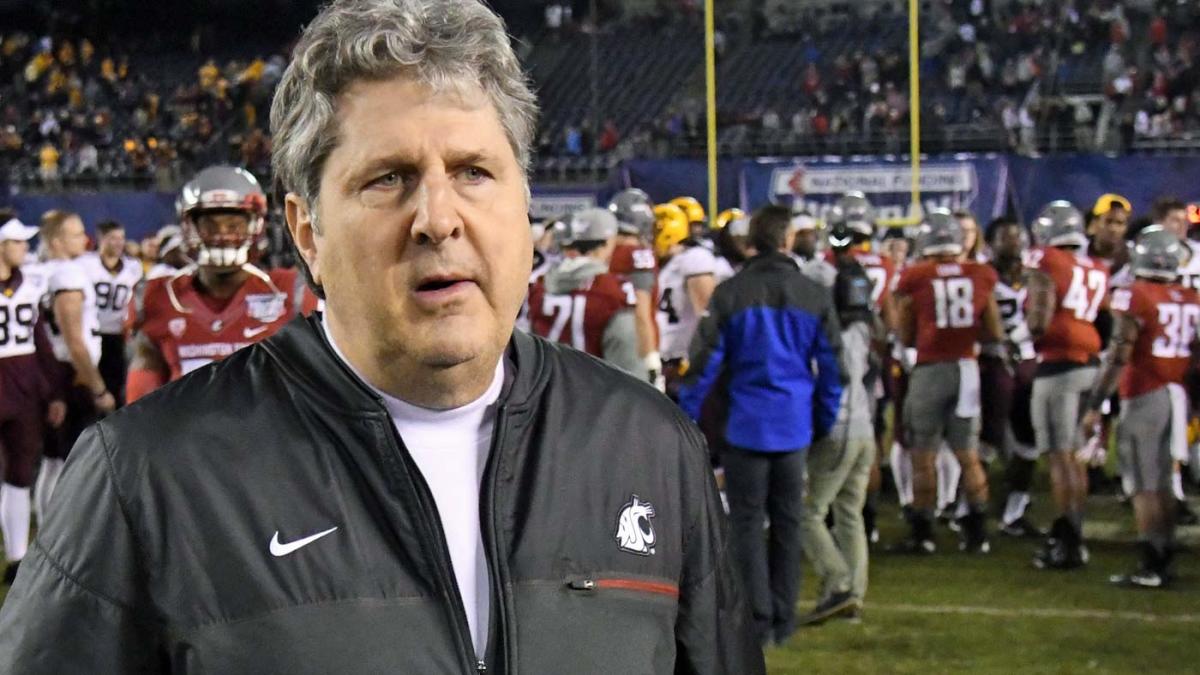 Mississippi State players were among those responding to Leach's Tweet

I am NOT a Leach fan, to put it mildly, but I have seen that “meme” (I assume it is the same one I have seen) and it is not offensive, unless I am missing something.

People are just looking for something to be offended about now days.

Leach has a history of inserting his foot in his mouth at TT & WSU. This is minor, but there will be a time that his mouth, whether politics or otherwise, again gets him in trouble. Curious to see how long he survives at MSU.

He gets publicity and some of it might not be bad with a good majority of people. He does have a way of getting his name out there.

You mean like his own Football player’s who commented negatively under that post…which is why he removed it.

Yep, or like the female reporter who was offended because Pittman referred to her as “Young Lady.”

I’m offended that anyone was offended by that meme.Mercy!

Whether offensive or not misses the point. As the face of the football program of a major university, the man should just use common sense and refrain from broadcasting sophomoric tweets. It not only reflects badly on himself, but on the school. One would think the old saying, “Once burned, twice learned,” could take effect, but some people never learn. Thank God that fool didn’t land here.

I’ll be honest - it offends me and not that much does.

It was stupid and clearly he didn’t read the room per se.

It’s no wonder his players were upset, especially many who have grown up in Mississippi with the state’s history.

There was just no need for it.

DD, I’m offended that you are offended.

I don’t really worry what anybody else thinks and they shouldn’t spend any time worring about what I think.

It’s no wonder his players were upset, especially many who have grown up in Mississippi with the state’s history.

That was the part I missed, at first. It wasn’t that she wanted to kill him after being locked up together (my wife and I have both laughed hard at some of the Facebook meme’s on that subject) it was the noose. Being a 56 year old white guy, that part went right by me. I firmly believe the meme was not intended to be racist in any way, but, I now see this issue.

Hope his comment was a knee jerk reaction and not a well thought out decision. We dodged a bullet as far as I’m concerned if we were pursuing his service. WPS

I see the issue. And, agree that it’s bad. Nothing Leach does surprises me. Nothing. Expect more nonsense stuff from him and there will be something offensive in a bit of it. He won’t see it until it’s too late. I was surprised that he ended up at Mississippi State. The State people are straight-up good people. I enjoy my time with almost all of them, moreso than Ole Miss. Because I have a good relationship with Rockey Felker, I’ve gotten to meet a lot of them on my visits to Starkville. Rockey is quick to introduce me in long visits before games. They are all down-to-earth good folk. I can see where they are scratching their heads now as to what they got.

I will say again that often times just getting your name out there is good in even bad publicity. I’ve heard that all my life, but it’s sad when it’s like this.

Agree we dodged a bullet with Leach when he was being considered for UofA. Thankful that HY’s consideration & interview of Leach did not go any further.

TT fans here in Texas found Leach entertaining at times. Despite his occasional success as the underdog team, most of those fans have since expressed good riddance of him due to his personal distractions & loose cannon antics.

Leach is Mississippi State’s problem until his arrogance & reckless mouth force them to make a change. They may not be so forgiving as TT & WSU.

I remember when Arkansas was looking for a coach, I said exactly, “only a fool would hire that guy. He will do something stupid, embarrass the school even more, and black people won’t want to play for him.”

Several people didn’t care for my comment, which I really don’t care, I tell it like it is. Now he’s making Mississippi look even worse, if that’s possible, and not Arkansas. You can email me, and I will give you my address where to send a thank you check…LOL…

But that’s the problem. Everyone has an opinion. Why people worry about others is, as others have put it, ridiculous. I’ve got an assistant that says I have a “tone”. I said yea it means I’m pissed off. I’ve heard a psychologist say at one point that any communication is good communication. His point was whether or not you like the message, you learn from it. I try to not get so offended and just learn.