I’ll be posting some updates from Sam Pittman and his two coordinators here over the next hour or so. They are speaking to reporters via Zoom beginning at 3:45. Be sure to refresh the page every so often. 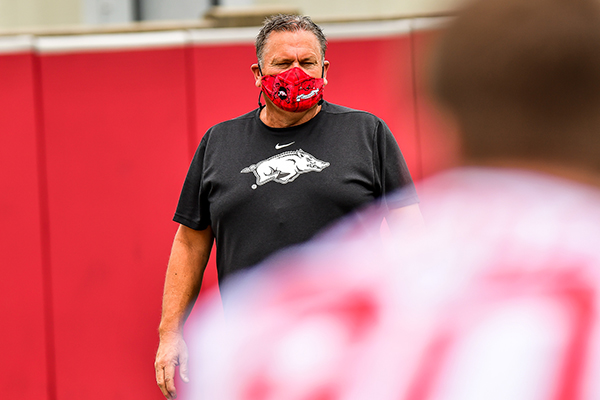 Follow along as the Razorbacks football coaches talk about the start of practice next week.

Thanks, Scottie. Some nice info in your report.

My favorite item from any coach was from OC Briles: “We’ve probably got about 75 percent of the offense in.” What a change from the previous regime. 75% of the offense in and we haven’t taken a snap in practice. Morris, I believe said he used 30% of his offense AFTER the first season was over. I’m excited just to hear that.

Just one question. Did they say why they moved Toll back to DE after initially moving him to TE??

Jaqualin McGhee, A DL signee isn’t coming. So they moved Toll back over. Pittman mentioned this in a previous interview

Thanks, I missed that interview. 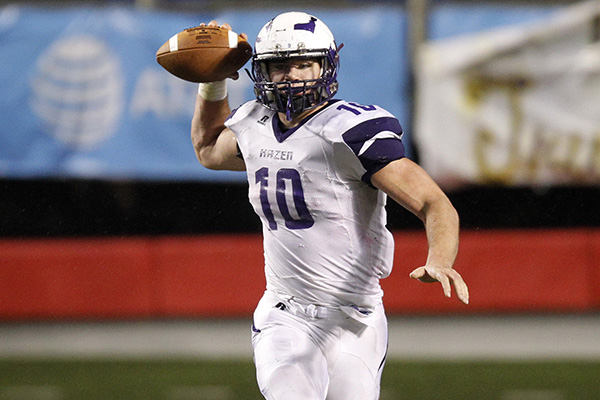 Toll back on defense after 2020 signee gives up football

One of Arkansas' 2020 signees opting to give up football resulted in freshman Blayne Toll changing positions once again.

Good stuff Scottie. That last sentence from Coach Briles - We got 10 OL we feel good about.

“We’ve probably got about 75 percent of the offense in.”

I too found that to be refreshing… after years of hearing we only got about 30% of the offense in, that line just jumped out to me!!

I’m excited for some football and to see what the Pit Crew can do, but I also realize we are so behind the 8 ball when it comes to brutal schedule that I hope this team can survive mentally through what would be an adverse season in normal years let alone in a covid-19 environment.

I too found that to be refreshing… after years of hearing we only got about 30% of the offense in, that line just jumped out to me!!

During CCM’s first year, I thought that was not good, but understandable. After that, not so much.

Sorry to throw cold water on the install % but having watched a lot of his offense and listening to him talk, this offense takes little to install but a lot to execute well…not that I’m underestimating what it takes to install a college offense.

A qb and players that can’t quickly line up to the call lose his primary advantage, which is speed. Secondly if the wrong choices are made by the qb, and there are lots of options on every play, it won’t be that great an offense. Thirdly if the line can’t give us the chance to throw the deep ball, the mismatches on safeties created by speed won’t matter.

In summary a pass protecting O-line, a qb that can run and has the strength to throw the deep ball, team lineup speed and good option choices during the heat of battle will make the difference. I believe the qb athleticism question is answered… the rest of it we will have to see on the field to know.

In the video, Odom spoke about Toll quite a bit, right at the beginning. “they got some stuff fixed over there, and he was able to come back to defense”.

I’m paraphrasing, but that’s the gist of what he said.