Why has the LIV not started a tour for the ladies?

That’s shocking. Good for them.

Not quite. The Aramco Series is part of the Ladies European Tour, which is under the LPGA. not competing with the main tour like LIV.

This look at the situation in women’s golf quotes our own Stacy Lewis and Gaby Lopez. 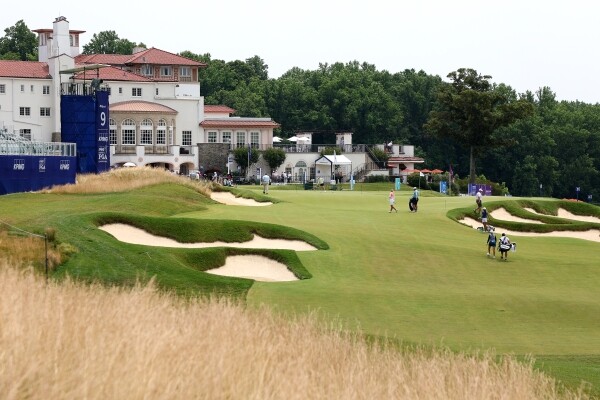 The LPGA was in grave peril when Lewis joined more than a dozen years ago. There were 23 events on the schedule.

I like watching the LPGA women play golf . I am an avid golfer or I was. I would much rather watch the girls than the senior men. Do you want to look at John Daly or In Gee Chun?

The majors are not part of the PGA Tour. The Tour’s big tournament is the Players. Not a major.

Why? As Clay said, none of the Majors are owned by the PGA Tour.

If a player is qualified ( past winner, high enough ranking, etc) why should they not be allowed to play just because of which tour they play on?

If a player can’t play in any of the 4 Majors, I don’t see a great future for this Saudi deal. The majors are golf, particularly the Masters. Also if there is not TV exposure from the networks, no one is going to care.

Greg Norman has been trying to develop a world tour for years. He got crossways with the PGA Tour Commissioner 20-25 years ago on this subject. He doesn’t really seem to have the game’s interest at heart. He appears to want to hurt American golf and the PGA Tour.

How many soccer leagues are there? Not sure I understand the concern that golfers playing on something other than the PGA tour will ruin the game of golf.

A lot of this will hinge on whether or not the four majors end up allowing qualifying for the LIV golfers. If not, do they want to play strictly for extreme amounts of money or still life changing money and golf “immortality”. I will never watch a LIV event but I will watch everyajor.

Well if they are not owned by the PGA tour then that is a reason they’re going to be allowed to play, I was thinking that they were.

Say I’m a mid level PGA Pro. I make some cuts, get a top ten finish every now and then, got a couple promo deals. Making a good living. But not enough to set my family up. Here comes LIV with a multimillion dollar deal and a guaranteed 120k for each tournament I play. Do I take the deal and risk the wrath of my fellow PGA Pros? You bet I do! I would have a chance to set myself, family, and future family up for life! If that is what LIV values my service? I take that deal. Since when do we tolerate monopolies in this world. We have laws forbidding monopolies. But we tolerate them in pro sports?

If you are a mid level guy, not sure LIV giving you much of anything.

Look at some of those who went to LIV. But, you may be right Claw. After all. The PGA treats mid level guys soooo well.

Padraig Harrington was on Golf Channel this morning, and his take was that the PGA Tour will be fine, but LIV may squeeze the European Tour significantly.