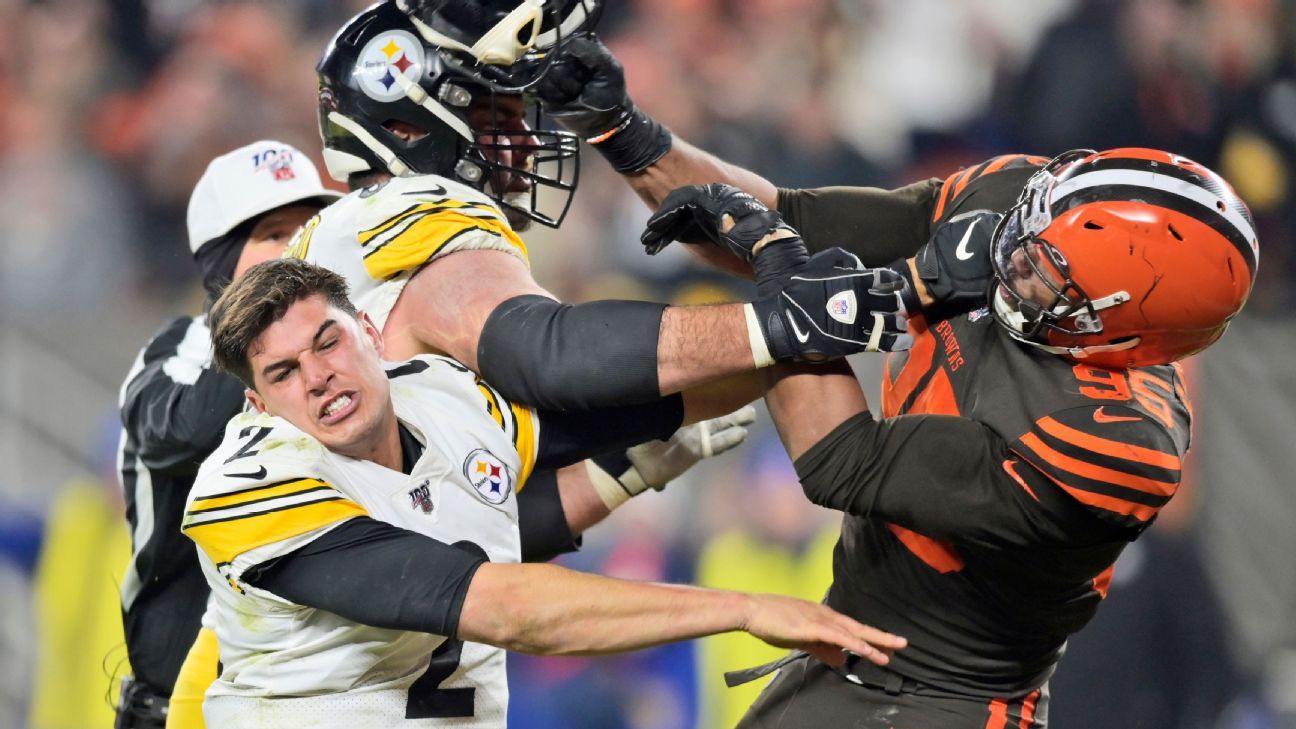 Three players were ejected after a nasty brawl late in Thursday night's Steelers-Browns game. Myles Garrett tore off Mason Rudolph's helmet and struck the Steelers quarterback in the head with it. 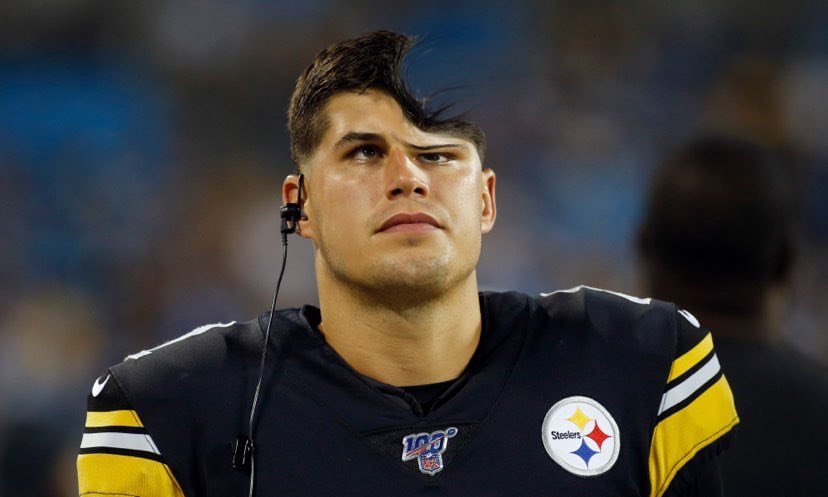 Garrett is going to get a suspension, rest of the season would not surprise me.

I can’t see him playing again this year, and it might well extend a few games into 2020. Even by ex-Aggie standards, Garrett showed an amazing lack of brain power and impulse control. I don’t recall him being a dirty player in college, or seeing anything about him getting a lot of personal fouls before last night’s meltdown.

Pouncey, the Steelers center, is probably going to get a one or two game suspension. Being an ex-center, I don’t blame him for going after Garrett. Your QB may be a jerk, but he’s your jerk and you can’t let the other guys jump on him.

I’d not be surprised to see Garrett get a year suspension for this. Its a very public, very dangerous, very big black eye for the NFL and its PR. If not for the lucky happenstance of how it hit him, you could be looking as an actual crime of “assault with a deadly weapon”. It is entirely possible if hit with full force, you could have seen a life altering injury or even a death in a football game. So to me 1 year seems about the right length of suspension.

Now as far as Pouncey is concerned. I understand he was enraged and protecting his QB. I get that. I do, however, protecting someone does not include kicking someone in the head while they are down and pinned on the ground. I was understanding of Pouncey up until that point. There is never a situation that should escalate to kicking someone in the head. Again very dangerous situation. I think Pouncey will be gone 2-4 games and that could equate to the rest of the year.

All in all, what a mess the NFL will have to wade through.

I forgot about Pouncey kicking Garrett in the head. Though apparently that’s Garrett’s least vulnerable spot-being solid rock- that’s still inexcusable. Pouncey has always been a little chippy, but I don’t remember any prior suspensions. Maybe he gets a little less than what known thug Suh got for his stomping a couple of years ago.

I’d like to see Garrett get at least the rest of the year–although I’m fine if you add the first 4 games of next season.

One game for Rudolph for trying to remove Garrett’s helmet when it started. (Rudolph is lucky that he couldn’t get the helmet off, or we might be talking about how Rudolph needs to be gone for the rest of the year.)

One game for the Cleveland lineman who cheap-shotted Rudolph after he was just standing there with his helmet off.

Two games for Pouncey for kicking Garrett in the head.

Garrett better be glad they were at an NFL game in front of a ton of people. Pouncey is one bad dude.

Cleveland is loaded with talented players, but they just can’t seem to get it together. They don’t play like a team.