Wow, doggone wow. We are out of EXPN FPI

pretty crazy why we are out and some are in and ranked. Incredulous. 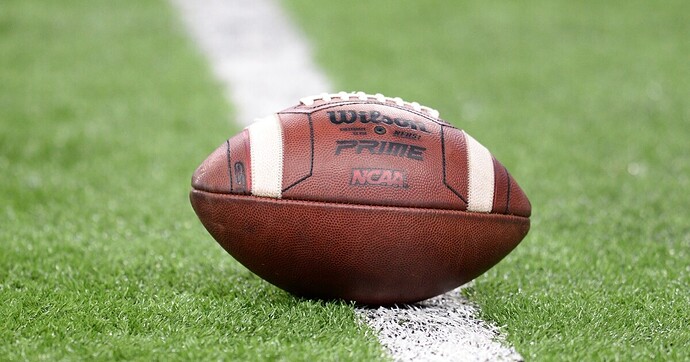 After a few exciting games in Week 3 of college football, ESPN has updated its FPI Top 25 rankings with some major changes. 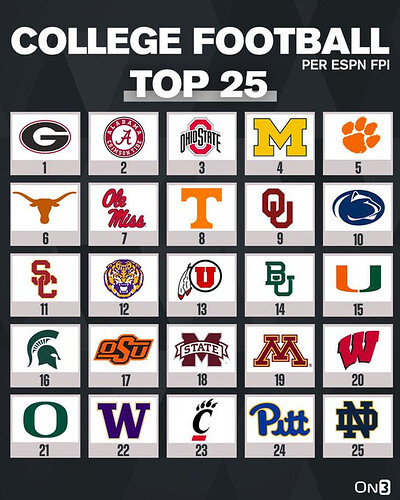 After a few exciting games in Week 3 of college football, ESPN has updated its FPI Top 25 rankings with some major changes.

Yeesh. Well, winning will take care of that. It’s good fodder for the week.

That’s a terrible indicator of the top 25 teams. I give that almost zero credibility. Nine or ten of those teams have a loss already.

Yeah, that’s a computer generated poll that’s frequently out of whack with the AP & coaches polls, especially early in the season.

Cincinnati ranked #23 after a loss to us, with a blowout of Kennesaw St and a victory over Miami (of Ohio) who they trailed by 10 in the first half (sound familiar?).

Notre Dame in at #25 after losing to Ohio St (respectably), but then also losing to Marshall and nearly losing to Cal???

Wisconsin is at #20 having lost to horrible Washington State at HOME.

I’m not convinced that we’re #10 in the country. But not sure how any metric has us below any of those 3.

I’ll borrow from an Elvis Costello song, that stuff is less than zero… I am actually offended because Mo State will make noise in the FCS playoffs and is a legitimate opponent.

Why would any poll other than the coaches poll be looked at?