have gotten year three at NC in today’s climate? 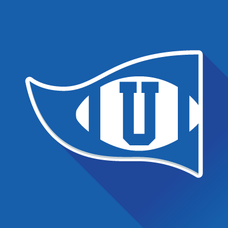 For every Mack Brown I can link wiki pages for coaches who started poorly and continued going poorly until they were fired. Want me to link some of those for comparison sake?

So, is there a better chance Morris is Mack Brown or one of the dozens of hires that never worked out?

Yeah, exactly what I’m saying. You got me there.

Simply saying getting rid of a coach after year two is very risky. If you think coaches don’t look at past hires and fires you’re mistaken. Especially at a place like Arkansas.

Not denying there can be risk if you make a move so soon.

That said. Let me ask you this assuming they finish 3-9 . Would it be riskier to keep a guy that’s had one winning season in 5 seasons as a college HC, no P5 wins. and no SEC wins or dismiss him and start over assuming the new HC has a more proven track record - more winning seasons, P5 wins, etc?

Assuming this season continues to go south keeping a guy who is not a winner - in fact is far from it as a college HC - to me seems very risky.

I’m not saying I have a for sure answer. Nor do you. We’re all guessing here.

Again, I get the lack of confidence, It’s only natural when you’re losing.

The last two games weren’t Ws, but they could’ve been. They didn’t make the plays to win but had chances.

Nobody knows for sure, but the as Clay said recently your W/L record is your resume and his at Arkansas is, thus far, awful and he has yet to get to the meat of the schedule in year two.

Assuming we go 3-9 I would think his career record of 19-41 would be one of the worst if not the worst HC winning percentage in all of CFB.

Does that inspire enough confidence to carry on? Not for me.

He’s got six more games this season - give us all something, anything to believe it’s getting better!

There’s a lot of assuming going on there… I just don’t see firing a guy mid-season is in anyway a good idea… recruiting is the only way out of this mess and we’d lose an entire recruiting season… so in two years the new perfect guy wouldn’t have won like you wanted and we’d be back right where we started… Have to at least wait until the end of the year when that perfect new coach would be available and HOPE he can pull together some type of decent recruits out of his… hat… sounds like wash, rinse repeat.

I’m in the camp to give him 3 years but I don’t necessarily like my camping site right now as the view is not all that good! Right now I feel like it’s dealers choice on wether to go for year three or cut ties at seasons end as there’s good arguments on both sides. Hopefully we regroup and making a showing down the stretch that breeds optimism in the bleachers and on the field. WPS

Houston Nutt was 4-7 in his only season at Boise State.

The SEC and college football was a lot, lot different 21 years ago. In so many ways. Light years really.

No. Are you saying we should expect Mack Brown level results from CCM?

He won a lot more than he lost, and the ones he lost were always close, except for a few like USC.

Houston Nutt was 4-7 in his only season at Boise State.

Actually he was 5-6, 3-2 in conference. And Boise had recently jumped to what was called Division 1a in those days. He was 36-22 overall when hired by Arkansas.

Has Arkansas in modern times ever hired a HC with a losing record as a college HC other than Morris?

I think Broyles was 5-5 at Missouri in his only season and of course Crowe had never been an HC. Lou, Ken, Danny, Houston, and Bielema all had winning records. Not counting interims am I missing anybody?

Ken Hatfield had a losing record at Air Force. Crowe had been an unsuccessful head coach at a lower-division school in Alabama.

Crowe had never been an HC

Thanks for the correction , but an NAIA school is about as relevant as TX HS football is in evaluating Morris IMO

Forgot about Ken’s early years - blinded by that 10-2 and ND win. Thanks for the correction.

You don’t get it do you? Only one person can get away with justifying whatever he says/does with complete falsehoods and it isn’t you.

I truly hope someday someone looks at your performance in whatever you do with the same attitude you take toward football coaches.

Oh Jeff… I wasn’t willfully misstating things about previous coaches. That’s the reason I put it out there in the form of a question.

That said, your information points out an unflattering shared distinction that Morris and Jack “Citadel” Crowe. Nice.