Would love to see Tenn. knocked out

And their a$$ of a Coach implode

That coach may very well be van horn’s chosen replacement.

Many of the championship runner up team were his recruits.

Don’t think you will see that happening

DVH will likely get to choose his replacement when the time comes, and most people who seem to have insight doubt it would be Tony V

Of course, HY may not be the AD then

Aloha,
It’s been stated countless times that players resemble their coach’s personality. If true for UT’s baseball team, then I doubt Coach V will ever coach at the UA. The UT players are the most arrogant, disrespectful and rude players I have ever season. Worse then the Miami football teams of the 80s.
UA…Campus of Champions

The Tennessee fans love Tony and their team. When we had a player jumping around the dugout putting Hog hat on players head after home runs, our fans loved it. Winning is fun. I have seen our fans embrace the celebrations after homers or Matt Cronin doing downward Horns at the Texas dugout. It comes down to winning.

Sorry, this fan would not enjoy watching one of our players running the bases with his middle finger in the air.

They go WAY overboard in my opinion.

Celebrating with your teammates and fans is one thing but mouthing off and being disrespectful to the opposing team, umpires and opposing team fans is another and Tennessee has done all of these in this post season. They really don’t have to do that. They are really that good and have a great chance to win it all but will probably be remembered by some for their attitude rather than their play.

So happy to see ND give “Fredo” Vitello and TN players and their fans the final EJECTION of 2022!

Nothing wrong with celebrating, but there are things that go over the line. Flipping the bird to the other team, staring into their dugout rounding the bases after a HR, prancing around the bases like Riggio did. Well, those are over the top. The downward hook’em sign would be too much if it weren’t directed at Texas, the most arrogant bunch of people in the universe. 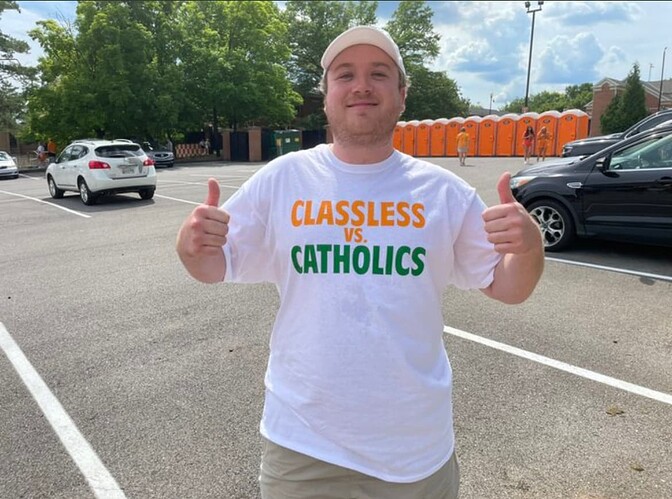 Hard to be #1 basically wire to wire in college bases…ask the Hogs. 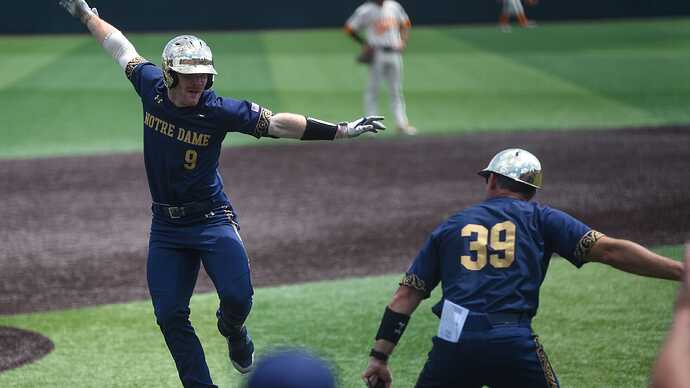 Or UCLA. It is hard. However, I got it on good authority about a month ago that Tenn is to college baseball what Alabama is college football. (The “good authority” was some delusional Vile fan.)

Conclusive proof that there was too much stimulus money if this Bubba would throw furniture through his big screen television, over the Vols crapping the bed again. This was probably an expensive year for him, two maybe three wide screens likely bit the dust.

Got what they deserved! That kind of arrogance! all that talent and can’t even get to Omaha lol