----------- for instance it looks to me like our transfer and HS recruit at QB turned out very well. The three O-linemen appear to be a very good group. How did we do in the secondary? Are there diamonds, either rough or finished, in that group? It looks like we may have fallen short at tight end, but there may be some help in the transfer portal that we don’t know about yet. Etc.

Arkansas was at 119 in the rankings when Pittman arrived, made it all the way to 29 with the addition of the three big ones today.

I think Coach Pittman summed it up well in the Arkansas staff did good, but not where they want to be once he gets it rolling.

Getting all the early enrollees, including the two grad transfers, was big.

Getting 15 defensive guys out of 23 was tremendous for the defense.

They would have liked to have one more OL, one more TE, one more RB and one more WR, but only have two spots left.

They do not have enough tight ends, even with adding PWO Jonas Higson today. Somebody is going to likely have to move.

I think it was good, not great, but a lot better than I anticipated.

I think the key phrase is " a lot better than I expected". I certainly feel that way.

When CM was fired the general expectation was that this recruiting class would be a disaster, and the new guy would not be able to start the re-build until the 2021 class. As it worked out, it looks like some very good work was done under the circumstances, and there is some real talent in the group.

More importantly, the staff seems to have really done some excellent work on the foundations for the 2021 class. The expectations for that group will of course be much higher, but I feel good about the recruiting skill and dedication of this staff, based on how they handled this class.

If they wanted another ol why they not pursue Brady Ward harder?

I am hoping that they can get a solid plug and play TE from the portal to shore up that position a little. Hate to see guys move but may have too for a year.

Scottie Bordelon concentrated on the DB recruiting. His story tells it better than I could. Great work by Scottie: 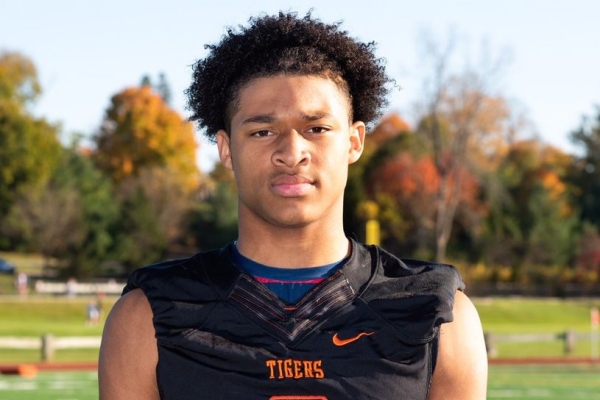 After allowing a league-high 19 touchdown passes in SEC games in 2019, Arkansas needed reinforcements in the back end of its defense.

I don’t know about the Brady Ward recruiting process to know if it was him or them.

Obviously he visited when the old staff was here and I am sure Coach Pittman knew about him.

I always thought Brady was a project. If you look at his film, he doesn’t move that well. Arkansas did know about him.

I like that they kept some of the previous recruiting administrative staff, which led to a seamless transition. I like that they are putting emphasis on Arkansas kids with all the home boy PWO’s. This staff seemed organized, and they seem to be people persons, with good personalities for recruiting. They seem to have good work ethic. I am just very impressed with this entire staff.