Would larry fedora be a good OC hire

he is currently an analyst for EOE-A, but has been UNC coach (shame attached?) and has lots of Texas time including Baylor and Austin in his background. Being hired as an analyst gives the clue he is so oriented and that might be a settling aspect for our more personable and affable HC. He prefers an 11 package which Sam alluded to in his conference and is an RPO type guy.

I know there are folks on board who have elephant memories who could call up all his transgressions and failures but he seems to be in a position that we would certainly be an upgrade from as OC. He seems to be a potentially really good recruiter and has some HC experience to help out Sam if needed.

I know names are gonna get crazy in numbers and I was just looking for OC with RPO preference and TX recruiting connections. Todd Orlando and Tim Beck are also available from the imploding EoE-A staff. Gotta have the recruiting inside knowlege left and each of them was also favorable regarded prior to shakeup. HY would have Houston knowledge of the last two.

Fedora is being payed 3M per year from UNC, so he could probably be made to fit our budget. 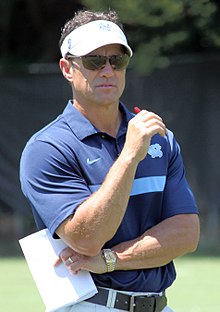 Herbert Lawrence Fedora (born September 10, 1962) is an American football coach and former player. He previously served as the head football coach of the University of Southern Mississippi from 2008 to 2011 and the University of North Carolina at Chapel Hill from 2012 to 2018. Fedora played wide receiver at Austin College before starting his coaching career as a graduate assistant there in 1986. He spent four seasons as head coach of the junior varsity team at Garland High School, a powerhouse i... 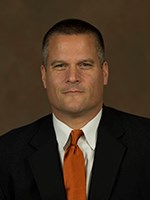 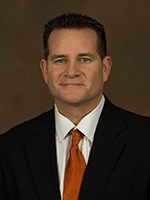 Tim Beck, a former Texas high school coach and coordinator at Ohio State and Nebraska, enters his third season as offensive coordinator and quarterbacks coach at

Sam will obviously have his own connections and some on here will perceive us as picking up Whorns leftover and kicked to the curb as not being good enough for us. I take it as serendipity and an opportunity to get recruiting kick started.

I don’t know but he doesn’t have much to work with.

I would not mind seeing The Hat in Fayetteville. He did a nice job at my alma mater.

fedora is getting 3mil per year as UNC termination pay, which makes him more affordable in all likelihood. Definitely bargain shopping on my part. Each of the above will get money from prior employers.