I haven’t really followed them that close (I want them to win, hope they win, but I don’t follow them enough to know what is going on). I thought they would be better that 17-12 (7-9 in SEC). It is clear they are much better than they were for years under a series of bad coaches, but still not a good as I thought they would be. I was thinking they were kicking butt in recruiting.

What is up? Was I wrong about recruiting? (Injuries maybe, seems like I have heard some about that, but I was thinking those players were back).

One of their 5-star recruits (Maryam Dauda, a center) tore up her knee in high school and hasn’t played a lick but should be back next year. Marquesha Davis quit in December and transferred to Ole Miss. Rebounding has always been an issue with Mike’s teams and is again. Jersey Wolfenbarger is essentially a point guard but has been having to play as a center because she’s the tallest player available, especially since Erynn Barnum has been injured two or three different times. Makayla Daniels has also had injury issues. They’ve had some COVID issues and as a result had to play five games in 10 days to catch up. Amber Ramirez has had to carry the outside shooting by herself for a lot of the season.

the freshman who stepped up is Samara, reaaaaly quick. Little better off the glass shot control and she can be a star for Mike and his style. MD is more traditional post and can take that slack, no way Mike can go big at all positions but Sasha and Jersey are building blocks. 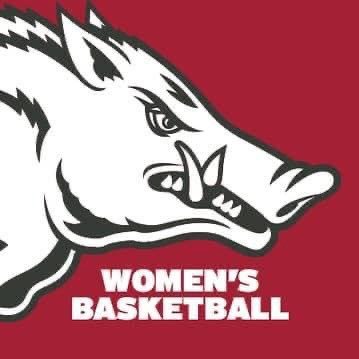 @RazorbackWBB
Best in the League 🏆 @samaraaspencer is the 2022 @SEC Freshman of the Year. #SideBySide 🐗🏀 https://t.co/ZbvGrNyIc6 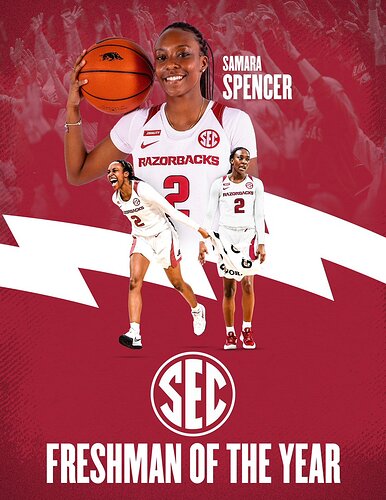 Right after I typed the post I saw that Spencer was FOY. Great for her! She’s definitely someone we can build around.

I think they have been pretty good to have so many new pieces. They have battled covid and injuries, moreso than the men’s team. It’s interesting to see that some teams really had issues with covid, others not so much. And, this is not a vaccine issue. You can be vaccinated and still have to battle covid.

The other thing to note, there are no easy games in SEC women’s hoops. None.

I think you are going to see a steady rise with this coach because his recruiting has been off the charts and is going forward, too.

The hogs have the talent needed to compete at a high level. The injuries, Covid and transfers hurt. Their record doesn’t reflect the teams ability not even close. Get em time and they will show all of us they are a great team!
I’ve watched most of their games.
They had Tennessee on the ropes and Daniels went down and she missed several games.

You are what your record says you are, but I think the future is awesome.

They lost Chelsea Dungee and Destiny Slocum — the fifth and 14th overall WNBA Draft picks last year — and are relying on multiple freshmen as starters. This was expected to be a down year, relative to the last couple. Honestly, I’ve been surprised with how competitive they have been. Those 12 losses include close games against a lot of good teams.

Considering the injuries and covid issues to which Clay and Matt allude I am happy with this season. This team is YOUNG. I mean, REALLY young. And bear in mind the best women’s basketball teams aren’t chocked full of freshmen about to turn pro. Dauda is gonna really help next year. Yes, we will miss Amber, but we add Saylor P., who is a shooter, is 6-2 and a transfer from some program called UConn.

I admit I get frustrated watching Mike’s teams lose close games sometimes. But the overall arc of the program bends towards excellence if you ask me. I knew this season would be about watching this team grow…and it’s been fun.

And unless we lose our first game in the SEC tourney, I think we will definitely make the NCAA’s…where we will have a chance to improve upon our tourney performance last year.

They are young! Daniels going down cost them the Tennessee game for sure and probably 2 or 3 more games. They are a lot better than their record.

Neighbors has the talent. He has the pieces he needed to truly compete. However, he was missing too many pieces due to injury’s or Covid to give us a clear picture of how good this years team really was. Looks like he’s found some more pieces to the puzzle and next year the picture will be much clearer as to how good they will be.

One more thing that’s been an issue: FT shooting. Mike depends on getting to the line a lot, but if you don’t make them… Ramirez and Daniels are over 80%, but the rest of the team is around 60% and that isn’t good enough. It’s cost them some of those close games, like shooting 61% in the OT loss at Tennessee.

Agreed. FT shooting is the only hole in Sam Spencer’s game.

Which is strange, given that she is a good 3-point shooter.