be one of those QBs that fades away in a few years because of being drafted by the Bengals?

Whatever happens he’ll be a rich young man…

The Bengals haven’t been able to get over the hump, but outside of last year they have been pretty competitive since 2005 making the playoffs 7 times including a couple of AFC Division titles.
While not winning a playoff game they still have a pretty solid fan base for a small market franchise.
Since I live nearby in Northern Kentucky, only 15 minutes from Paul Brown Stadium I would like to believe this years Draft Class will make a major impact on the field next season.
It’s been extremely tough being a born and raised Hog fan and a Bengals fan lately, but hopefully both will soon turn the corner and find greater success.

If CJ O’Grady has is head on straight I believe he could possibly make the Bengals roster as a undrafted free agent.
Scoota Harris could find a path via free agency with the Bengals as well.
I could also see a scenario that Sosa Agim could be a 6 or 7th round D-Line selection by the Bengals.

I think Burrows is solid technique-wise, is smart and has the IT factor. Just need some weapons to succeed.

Small hands in a northern team, traditionally doesn’t work out well.
Curious to see how he does, he’s a great qb, but I’m not sure he’ll ever have weapons like he did at LSU again. It was the equivalent of pulling up in a Ferrari to race a Prius every Saturday.

Pat mahommes is an immediate exception, although his hands are a little bigger.

He is very talented kid and has the moxie that it takes to be a great quarterback. He is agile enough to evade the rush, has a good, not great arm ,but is very accurate. His success what determined but how will they can protect him and the talent of the players they surround him with but that’s pretty much every quarterback. 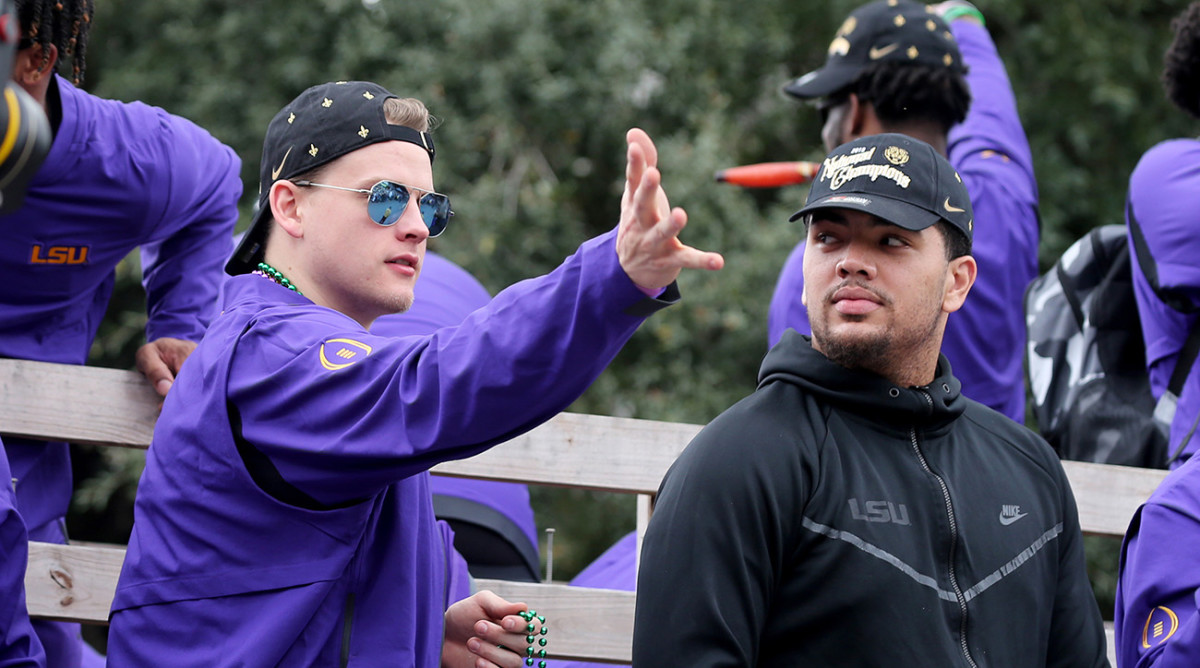 Joe Burrow isn't too concerned about a report on his hand size measurements at the NFL combine.

Total joke some of the things the NFL measure. Measuring hand size makes about as much sense as making lineman run a 40-yard dash

Idk, I think hand size for a qb is a valid measurement.

Historically, all of the really good qbs have had large hands (10+inches). Even a small guy like drew breese, has huge hands.

Also, small hands haven’t done as well. Which I can see, why. Larger hands make it easier to hold the ball, and control it. The nfl ball is just a little bit bigger also.

If it’s raining, cold, snowing, those big hands are helpful.

If you’re going to primarily play in a dome or southern team, I don’t think it’s as important.

Burrow is from Ohio and played the majority of his football there. Pretty sure he is accustomed to the northern weather.

Yeah, Carson Palmer & Andy Dalton both faded away in only a few years because of being drafted by the Bengals… Check team QB rankings since Palmer was drafted and see where the Bengals rank…and even with no post season wins, check their playoff appearances vs some of the large market teams during the same period… Not including last year’s debacle, the Bengals have averaged 8.2 wins/season with 7 post season appearances since Palmer’s first season. What an asinine post.

He barely got on the field in Columbus, and nobody in college really plays much in cold weather. You might get one bad weather game in November and a bad day in a bowl, if that. But I think the hand measurement thing is garbage. Big hand QBs have failed miserably and small hands QBs have thrived. Scouts have too much time to think and came up with a useless stat to look at.

The average hand size of an adult male is like 7.4 inches, so even “small hands” Burrow is much bigger than the norm.

Totally understandable opinion.
But, like anything, there’s a reason they measure it. Scouts think it’s important enough to invest time into, I figure they’ve done enough research to have a reason for it.

I’m not 6’4, like joe, I’m about 6’2 on a good day, and my hands are bigger than 9, they are a little over 9.25, and I’ve always thought I had average hands. So while the national average may be 7, it’s certainly not an average that is comparable to professional athletes, who on average, are not the average human… lol. I’m sure the national average 40 yard sprint is well into the 5 seconds as well.
He also had a short wingspan, which I found odd. That measurement to me doesn’t matter as much though. But, it does for an OL.

Regardless of how important it is. Large hands undoubtedly give you some advantages with grip. Just as kawhi Leonard can much more easily palm a basketball and control it than any of us can. Same principle. It’s fairly easy to test that… my younger brother who is 13 can’t grip and control a football as easily as I can, because hands are smaller right now.

My theory is that the larger hands are more important for a qb when they get flushed out of the pocket. They don’t get a chance to set and secure they ball, they just have to get rid of it. So to me, a bigger more controlled grip would make that a lot easier. But in the pocket when you can set with both hands, and secure that grip, it probably doesn’t make a huge difference in hand size.

And while obviously many large hand qbs have failed, that’s a no brainer considering most qbs are large guys. There are not many small handed guys that you mentioned. There is a small handful (pun intended), but not anywhere near the large hand guys. Like I said, even the short guys such as drew breese and russel Wilson, have massive hands.

Anyway, none of us are NFL scouts, I’m fairly certain.

There are not many small handed guys that you mentioned. There is a small handful,

I see what you did, there…

All played in the conference championship games last year. All had hands of 9.25 inches or less, considered to be small.

PH had a little fun with Burrow’s hand measurement. 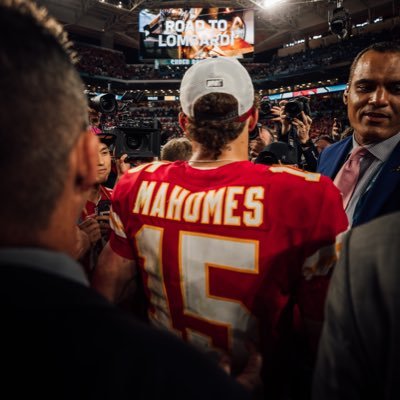 My small hands are doing alright so far....i believe in ya 😂😂😂 https://t.co/o0UUwkSeOq

Considering retirement after I was informed the football will be slipping out of my tiny hands. Please keep me in your thoughts.

Obviously the NFL has different criteria than most people. Your average young adult male can’t run a 5.5 40, but 5.5 is slow even for an offensive lineman. And that same lineman would be too small at 6-3, 270.

3 in conference championship games, like I said, a small handful. Hard to know how good any of them will be in 5 years, other than Pat. Tannehil until this year has been rather unimpressive. And Goff had a decline in his play.

Let’s look at hall of famers. I think you’ll see that point.

Obviously it’s not a matter of fact, but there’s been a lot of guys in the nfl who haven’t had big hands, and a lot that have. Overwhelming Majority the hall of fame level guys, are big guys, with big hands.

Cold days and nights can make it difficult to grip a football.