Their stuff was on, filthy and hit their spots. It was funny…USC had no clue what to do with them tonight. Kopps stuff was nasty. Good series win! WPS.

Isn’t that 3 double headers in consecutive weekends…Goodness, that’s tough on arms. I wonder about Kopps’ arm - two solid, if not great outings. And Wick; wow. Has he come far since last summer.

I just got a major case of the giggles listening to the streaming broadcast of the final game. When Kopps came in, one of their guys couldn’t even pronounce his name right and all he kept doing was ranting that Kopps was just throwing sliders and he didn’t know why the SC players weren’t just thinking “okay I’m gonna get a slider” and tee off on it. And all Kopps did was just keep striking em out. That guy must have been a total homer moron. I’ve listened to lots of different broadcasters and all but this one raved about how nasty Kopps stuff is… all this guy wanted to do was talk about how predictable and say the SC guys should tee off on it.

All that aside, Wick and Kopps were amazing tonight. 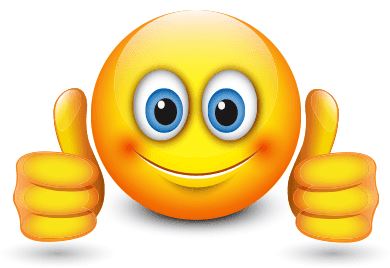 two solid, if not great outings.

Solid if not great? 15 batters faced, 12 strikeouts, no baserunners. That’s a little better than solid.

That’s a little better than solid

100% agree!! I’d just like to add in his 1st outing this weekend, he damn near threw an “Immaculate Inning” and that is right there with seeing a white buffalo.

I thought the same, he said Slider 50 times

Kopps was GREAT. Carolina hitters were mesmerized. I think the thought they were swinging at balls out of zone in 8th so they started taking pitches in 9th. So Kopps just spun them in zone for called strikes.

Carolina is not a strong hitting bunch. They do hit lefties ok, but team batting average against right handed pitchers with breaking pitches is extremely low. And got lower this weekend.

Of course, they had no luck with Wicklander either.

There were several comments in the game thread about those goofy announcers. You’d have thought their starting pitcher was Sandy Koufax. They kept going on about him & how anytime we got a runner on first base they were one pitch away from a double play. Going into the 9th one even said a walk, single & HR would get them right back into the game. (Of course so would a GS or four straight home runs—or any other way to get 4 runs in the 9th).

Anyway, these guys were worse than the Ole Miss crew.

There was one third out where they said Gamecock fans are on their feet. Camera panned the crowd. All were sitting. All of them. Kinda funny.

The announcers were relentless referencing SC being down by two to LSU in the sixth and coming back to beat them… SC wasn’t playing LSU this time.

The color guy. Kip something was going on and on about Sanders. He said except for a few pitches he threw a wonderful game. While Wick was pitching a 2 hitter and Kopps mowed all chickens down. It was so bad it became funny. He gave up the “rowdy rooster” junk the last inning. Beyond homers. Just plain bad.

I turned down the volume on my ipad and listened to it rain on my back porch rather than listen to that color guy.

When I first turned on the game I thought it was just me and maybe they weren’t annoying others as much. I couldn’t get on the board for a while, but when I did, I wanted to mention how bad they were. Then I saw several others beat me to it. Glad I wasn’t the only one.

I would rather listen to Beth Mowins than that gentleman last night. He was annoying as a nap time fly.

The high-pitched voice guy kept telling the Gamecocks how to hit Kopps… simple he said, you know what’s coming. That mouse voice finally bit the cheese in the trap and died after Kopps smoked the leadoff man in the 9th.