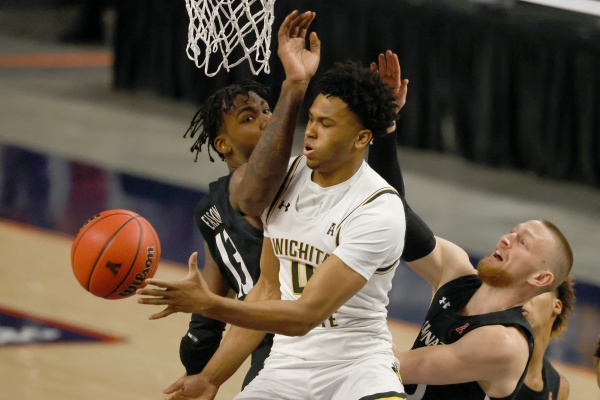 Wichita State transfer Ricky Council IV has committed to Arkansas and gives the Razorbacks five transfer additions for next season.

He ever say why he chose us? What stood out to the other schools.

Thank you Senor Davenport for being the conductor of our bus on this wild journey known as Portal season once again this year. You have earned yourself an adult beverage or 5 my friend.

He ever say why he chose us? What stood out to the other schools.

Might be wrong but I believe this is the most he’s talked about Arkansas in the media. 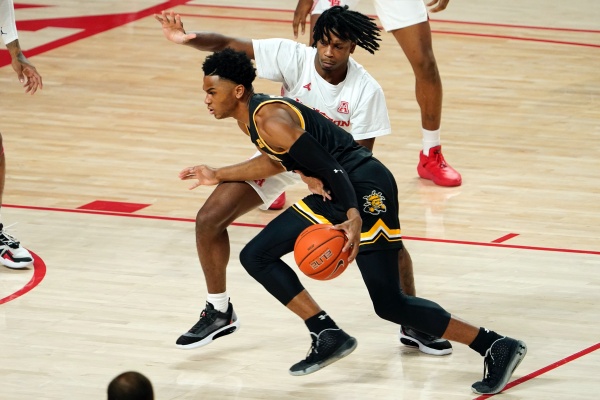 It seems to (emphasis on the “seems to”) leave us with a pretty clear picture of our top 7 if JWill does not return. This look is intended to be for the start of the SEC schedule:

Seems to be a drop-off from there:

Any of the top 7 could start. I see only Nick as a 30+ minute player, as he will also be the first back up at PG for AB, if needed.

This kid is a very talented player Muss will get the absolute best out of him. I see him as being a slasher type who can finish at The rim and be a very good free throw shooter kind of reminds me of Mason Jones type

RD is wore out from keeping up with Muss!

Don’t discount D. Ford and B. Dunning too quickly.

RD is wore out from keeping up with Muss!

One of the more difficult things is trying to plan. Use not have to be concern with spring OVs.

With them done with with the portal, it’s very unlikely hoops will have a visitor next weekend. I expect them to save June for '23 OVs. I believe the same for football but will have to make sure on that.

Megan and I plan to go to Don McLean concert at Oaklawn next weekend. I will still take my laptop with me but it’s nice to know it’s unlikely there will be any breaking news next Saturday.

I’ll be surprised if Derrian Ford is an after thought on next year’s roster. I don’t see him as a “drop off” from the first 7 you listed.

Don’t discount D. Ford and B. Dunning too quickly.

Thanks RD, you do very well with a difficult job!

I just noticed when he talked about his game, it was all about offense (guess rebounding is both ends), and that is fine, but he will learn real quickly that playing time with this coach depends also on the defensive end of the floor. You had better learn to play very hard, in your face defense first.

I think it is obvious Muss wants more offense and bigger people, but I doubt he wants to give up that defensive edge.

Just read Scottie’s take. In it, Council talks mostly about his defense and how he wants to be the defensive player of the SEC. Now that stuff, if actions are the same as words, will get him a ton of playing time.

Practices next fall may be more exciting than games. I can see real wars on the practice. All that will do is make for a better team. This could be the sort of overall talent we had in 90 - 95. Going to be fun to follow. By the way, the star count is now meaningless. what happens on the floor is what matters now.

Very good statement about the ‘star power’ and the practices - those workouts should/will be off the charts. IMO this will be the most talent ever assembled on a Razorback team