Why won't coaches come down hard on moronic behavior?

Throwing a shoe is an act of infamy, especially considering the circumstances the Gators were playing for. Twenty… thirty years from now, the young man will have a stain on his character that won’t wash off from the Gators point of view. Prayers go out to his family if Florida upsets Bama.

We saw it a couple of weeks ago. Could have cost the MO game (probably not as there was no defense at all, but this was their only stop). We have already discussed it. It was a pretty lame call, but it was called. Just have to grind into their heads, to just turn around and go get ready for the next play.

Don’t recall which game, but last week I saw a RB make a big run and score late in the game. His teammates rushed him to do their thing and I saw the back motion with a hands down sign to calm down and go to the bench. When they go over their, they went crazy. That is what must be taught and I know it is hard.

Remember the Matt Jones TD pass against LSU in LR. the whole team mobbed the end zone. he game was tied. As a result, they had to kick the extra point from 15 yds further back in a crazy wind. Thank God he made it. That could have cost a trip to Atlanta.

Bottom line - you just cannot do that stuff. If you score, do like Lou use to say. Turn and had the ball to the official and act like you have been there before.

t. Fans have buried him on social media

Agree. His actions were very selfish & stupid but after the game you know his twitter was blown up. He probably got some death threats.

I text a Florida reporter I work with and told him I felt for the kid. His actions were enough punishment. No sense in piling on.

I know these players are young and football is supposed to be fun, so I think this is the framework we operate in. On top of this we have developed a culture of 'hey look at me". The players possibly started seeing this in the professional arenas and since so many of these kids chose the professionals as role models, here we go. Add to that the internet, tik-tok culture and now we are moving the mind-set faster. I don’t like it, but as reminded frequently it is not about what appeals to my generation. Not that anyone should listen to me or my generation, because we sure had/have our faults, but it seems to me if we use the logic because these are old people values, that few if any are relevant to present times, even less to future times, what babies do we throw out with the bath water? Yes, change is inevitable and often beneficial, but hopefully there is some selectivity in who/what is driving the change process. Off my soapbox, at least for a moment.

Not sure advice from the older crowd is valued as much as in the past. Could be wrong.

I was always taught to listen and respect advice from people with more life experience. Not saying I listened all the time, but I believe I did more often than not because I knew they had more wisdom than I.

I had a bad temper at times growing up and in my 20s had really allowed it to get the best of me at times. I was somewhat lost at how to deal with my anger.

My girlfriend’s father was a Chaplin at a state prison and I received counseling from him and his common sense advice changed my life and helped me deal with my anger when I was tempted to lose it.

He said ‘Richard, when you lose your temper do you get your way?’. That hit me like a ton of bricks. I was like no, it only complicates things. I know that’s common sense but for me it wasn’t until he said what he did.

Being raised by a single mom, I didn’t have much interaction with older males. My mom was an amazing woman & wonderful mother but I never really had a father figure until I met him. He was a great man and he possibly helped me avoid some major consequences of not being able to control my temper.

Maybe it was because I was hungry for guidance from a father figure that I listened to every piece advice he gave me.

He helped change my life. I owe him so much.

Great story Richard. I hope he knows how you feel.

I told him for sure. Called him up long after she and I broke up and told him how I felt. Definitely one of the finest men I’ve ever known.

His name was John Hagan. 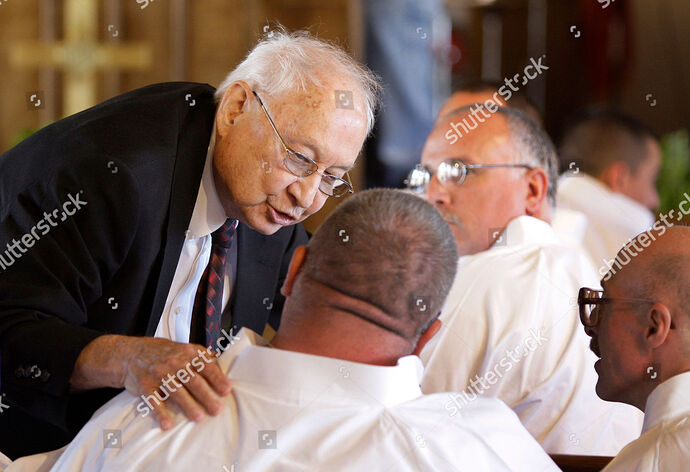 Richard, thanks for sharing. Many of us have had people invest in us, who did not have to, and our lives are better for their investment. Hopefully. like you did, we let them know our appreciation. Even better we try and follow their example in honor of them.

We have a lot of interactions on this board and even become part of a community of sorts, but more often than not (myself included) we fail to present the best image of ourselves or real glimpses of who we are. You always seem to do a good job at both.

Thanks for the reply Richard.
My Dad use to have a saying…you need to give flowers to people while they can smell um. Obviously
did just that.

Richard, thanks for sharing your story. God Bless and GHG!

Yes great story indeed RD,
I can admit I was one of those high strung very temperamental athletes. In all 3 sports football, basketball, baseball, mostly the first 2. Thank goodness I had some HS coaches who never gave up and helped guide me thru all of my antics. Have many temper tantrums in my athletic youth. Personal fouls in football caused by my temper. But my last shining moment was when we lost the state championship in basketball by 3 points. The other team in my face taunting me afterward and I lost it flipping the double bird finger to all their fans right in the middle of the court at Ar Tech then being drug off by my hair by Coach Parrish. Thank goodness that was my Sr year and didn’t have to play another game for that man, I would still be running red lines and laps carrying a 30lb medicine ball.
Those coaches knew my background and where I came from and never gave up on me and it’s carried over in life afterward when I realized how much they actually cared for me and all of us and everybody around them. If not for them I wouldn’t have become the 2 sport all-stater and choice of which sport to play in the Ar HS all star game. I chose football.

We got to see the man behind the curtain. Thanks Richard.

I hate to see fans castigate players. They are only kids. And I know coaches often handle things internally, and usually keep it all in house for good reasons.

On the other hand, coaches are usually fired for not winning enough. Period. Most coaches try to do the right thing. But mollycoddling a star player is sometimes perceived as the right thing to do…for winning. Aaron Hernandez at Florida is a prime example.

I’ve heard rumblings that Petrino let Mallet get away with a lot. Maybe he reminded him of himself…

I’m glad my impulsive, childish and downright stupid behavior from my youth was not memorialized in tweeter and what not.

Amen. Or my stupid stuff not being beamed on national television.

Wow, somebody married up!

do like Lou use to say. Turn and had the ball to the official and act like you have been there before.

Actually Lou must’ve got that from The Bear when he taught it to them boys in Alabama back in the 60’s.

Mr. Hagan showed unconditional love. Much like how he preached and lived.

The last google of him I could find was like 2016. If he’s still with us, I would love to see and talk to him again.

I did some searching and was able to find Mr. Hagan’s number. I honestly didn’t think he was alive.

He’s 90 and in good health. We talked for about 15 minutes and I told him again how he changed my life and how he impacted my life so much.

He fully retired about 10 years ago from working within the prison system. He still teaches a Sunday school class at his church.

It was good catching up with him.