Why Trey Alexander decommitted from Auburn

Why I thought Arkansas may not be what Tricky Trey is looking for. 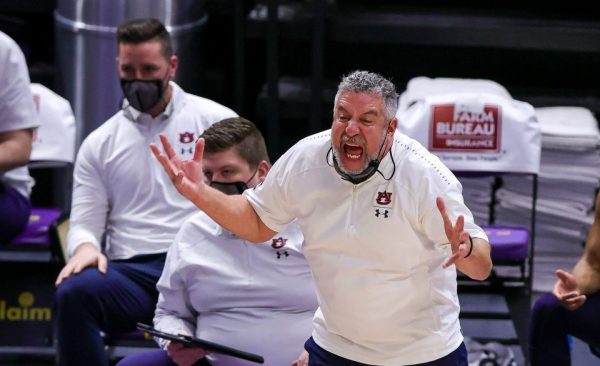 Auburn received a shock on Thursday when longtime commit and signee Trey Alexander announced that he is reopening his recruitment and will not be playing for the Tigers. On Friday, the Oklahoma Cit…

I think it shows how far things are out of whack. A high school kid thinks he has the right to dictate to the coaching staff. Strange New World for some of us old guys.

PJ, maybe Pearl promised him something he didn’t deliver. I really can’t blame Alexander. Pearl has a reputation as we all know.

J G Wentworth world of sports. ‘It’s my glory and I want it now’.

If he sees Desi as real competition for the starting nod, that shows me a lot about his make up. We don’t need that attitude here. For me, it’s a hard pass. Next.

Alexander waited so late to decide to go elsewhere that he may have a bit of a problem finding a power conference school that has not already gone shopping for the guards it needs in the portal or signed somebody else. He probably will either need to luck out on a fit or just resign himself to being a rotation guy rather than a starter from day one.

At the end of the day he probably will end up swallowing that pride and going someplace where he is in no better position than he would have been at Auburn. After he makes the decision, there will probably also be some kind of eye-rolling statement that he never expected to be handed a starting spot, is willing to work to earn playing time, and really trusts Coach X and his staff.

I got to agree with this at least for the time being. Whether Trey was actually promised or guaranteed starting role maybe a stretch. Told it’s very possible he could start is more likely. Of course he may have took that further in his mind.

The new transfer rules puts an abundance of experienced players on the market every year now.
I think we will see even less of the really early commitments from recruits going forward.