The final paragraph of the article:

Everything else is about lowering or eliminating Harsin’s buyout. The bottom line is that he has demonstrated he doesn’t understand one of the most basic requirements of his job, and that has created a massive case of buyer’s remorse. 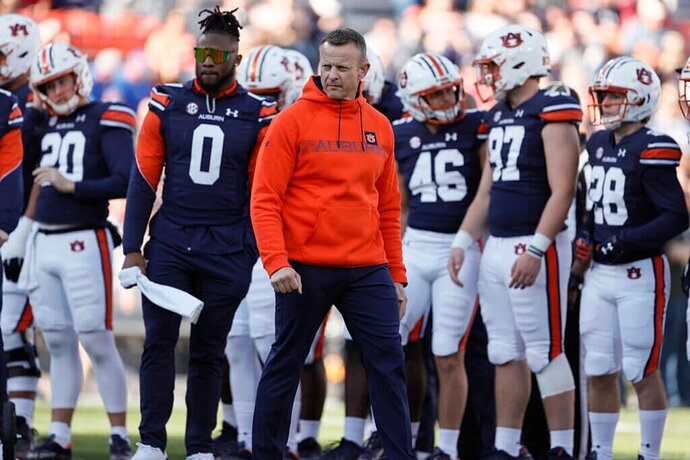 Staples: Bryan Harsin has shown who he is as a recruiter, and that's why...

Everything else is about lowering or eliminating Harsin's buyout.

I can’t put my finger on why, but to me, Harsin seemed like an odd fit for that job when he was hired. Boise State to Auburn is a big leap in a lot of ways.

It seems obvious people at Auburn want him out, but firing him at this point in the year seems like it would hurt the program more than to keep him in the job for another season. Auburn is an odd, unpredictable place. I guess the millions are worth the headaches of that job.

Dead man walking. What coach would jump into this pile of you know what?

Prediction: There will be someone willing to take $5+ million a year with $15-20 guaranteed.

It seems obvious people at Auburn want him out, but firing him at this point in the year seems like it would hurt the program more than to keep him in the job for another season

Looks like they have to choose between bad and worse. How can a lame duck coach command his team, staff, and recruit when everyone knows he is toast? Only a desperate long shot of a coach would want to come in AFTER recruiting is finished (and its a disaster in their eyes) and have to pick up the pieces plus appease an insane/delusional bunch of boosters, administrators, and fans. The other shoe that might drop is if one of those Auburn players who have left for greener pastures decides to tell the truth about Auburn’s recruiting and payola practices in the past. It could get a lot worse. Can’t wait to see how bad it can get. Go Hogs.

It is rumored that there are 16-17 top Division I players in Alabama next year and Nick already has them locked up. All of them, if he wants them. That’s the part that has the Auburn folks wanting to fire him. They are just looking for the thing that will get them off the hook for the big buyout. I bet they find something and hang tough with it. May lose in court. May get a reduced settlement. Who knows? But he is going to be fired.

If they part ways with Harsin and have another huge buyout to pay, they may want to save some money with an interim hire.

I bet John L. would do the job pretty cheaply, and I would highly recommend him (for them).

It would be nice if they beg Gus Malzahn to come back and he feigns interest so he can get a big raise at UCF. Then they can beg Chad Morris to come back.

The set up is just perfect for Urban Meyer.

I don’t even think that slimeball would go to the dumpster fire that is Auburn.

Bad Karma and Auburn seems like a familiar script.

They could always hire Bobby P!
I hope they wallow in misery and frustration for years. I hope Harsin gets every penny or the buyout!

This is going to be a fun one to watch play out….just juicy entertainment!

I’m guessing it will be Hugh Freeze or bust.

He’s beaten Bama, he will pull muscles all over his body looking the other way while they Auburnize the NIL, he wants to get back in the big time, and he just lost his future first round transfer (from Auburn) QB.

If Freeze won’t do(and it may be awkward if they try to use a Petrino-type of thing to fire Harsin for cause) then the pickings will probably be pretty slim this time of year. Coordinators and out of work guys who failed at their last stop would be the likely candidates.

As hard as they are trying to find absolutely anything on their sitting 1st year head coach, they must at least have a verbal yes from their target. I think that those who are saying Freeze are probably right. Classy!!

At worst, Aubie is the sixth best job in the SEC; the very best conference in the country. I think they’ll find someone during this dull time.

First and 10: It’s not you, Bryan Harsin. It’s simply The Auburn Way

Matt Hayes explains how big boosters get what they want at Auburn and how Bryan Harsin is simply their next target. Plus: Jimbo vs. Nick, SEC draft prospects and more. 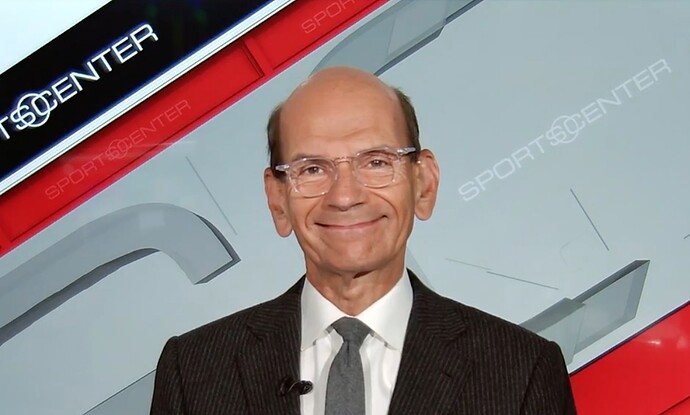 Freeze better get a burner phone and pay cash this time…