My guess it will be Coley. To be decided in August. Picking one now might induce a transfer.

I think we might give JSJ the 1st look because of game experience.

Yeah JSJ looks to be the most ready to play right now. I know it was only a Spring game, but after watching it last night on the network, I came away feeling pretty good about our QB situation.

The very good thing is that all five QB’s seem to be putting in the work and ready if and when their name is called.

It really does look like some capable back-ups if needed.
A mix of experience and serious talent.

I talked to Kendal Briles yesterday and I did ask if he was ready to pick a No. 3 quarterback. He said that would play itself out over the summer and August practices. He said Coley, Jones and Renfro are all in about the same spot and any of the three could emerge as third. He’s solid on his first two.

We covered every position in the top end of the depth chart. I also talked to Barry Odom. All of that will be in the football preview, printed late next week.

Most of the stories are done. It’s going to be a fun issue. We’ve got a player feature on each position, outside of the kicking game. By the way, both the punting and kicking job are to be determined. Only position that I know in kicking game is long snapper, Jordan Silver. I couldn’t tell you who will be the backup snapper. Sorry.

What??? You don’t know who the backup snapper is going to be Clay??? Such a slacker these days…sheesh!!!

At least somebody’s keeping up with what’s happening to backup long snappers these days, thank goodness. 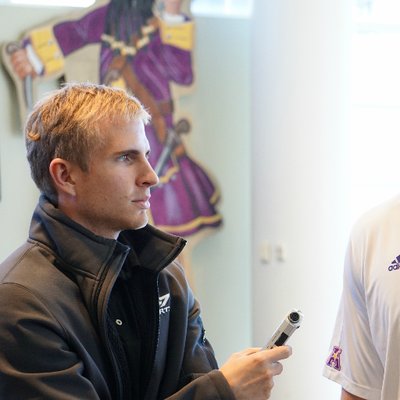 Didn’t we sign the #1 kicker in America? Must not be kicking like it if he hasn’t already won the job… same thing happened to us with the #1 punter who never did anything here.

I’m kind of hoping that Eli Gold has a son or grandson who is a long snapper and would like to compete for the job at Arkansas.

Both kickers looked good in the spring game. Little and Phillips.

You always want a kicker that is pure gold all the time, right. Or a snapper? Or a play-by-play guy.

Actually Clay, I thought having Silver and Gold at 1 and 2 at long snapper would be about as good as it gets.

Tungsten would be good, too. Heavy stuff.

Just looking for yes or no, not details …

All of that’s in there. We went player by player in two deep.

Actually Clay, I thought having Silver and Gold at 1 and 2 at long snapper would be about as good as it gets.

Inevitably someone will complain if Silver is ahead of Gold.

LOL! Well yes they probably will. Spot prices on precious metals can fluctuate wildly from day to day though. Likewise the performance of our longsnappers.