I’m sorry but you have to be kidding?? This reporter is offended because our coach called her young lady? I’m thinking he didn’t know her name and was trying to be polite. Maybe he should have called her old lady?? This world and harassment is totally out of control. Very sad and hope they fire her young lady ass!!

I think she is too young to be a reporter!!

I would love to be called young man. Doesn’t happen much any more, with reason.

Yea, I bet there would be anything said if he called a male reporter young man. Very sad but that is one of many things what is wrong in today’s age. Very sad

mchawg…I know you think this is a non-issue. Your head football coach has had to deal with this today. His wife has had to deal with this today. He has had to take time out of his day to call the reporter or email her and apologize. This reporter took to social media and tried to bring a stain upon your head football coach because he had the nerve to call her “young lady”. I am certain this is going to make the news outside of the state of Arkansas. In the end it will go quietly into the night. It never should have made it past the two people involved. She could have addressed it with him and nobody would have ever known about it. It will not be a non-issue to Sam and his wife.

To clarify, should be a non-issue, unfortunately in the time we live in …

Having been a leader in a large company for over 25 years I completely understand how times have changed. Every word and action is watched by all. And for Sam it’s even a bigger stage.

The reporter that started this insane discussion made it about her when she went to social media. She could have reached out to Sam, introduced herself and asked him to call her by name. Obviously he did not know her name.

But you are dead right. It will die quickly (as it should) and I imagine
Sam has already reached out to apologize. He appears to be the kind of guy that does not want to offend anyone.

I believe this is the kind of problems HY is going to get from our football coach, and I am sure he will be happy to address such problems and high fiveing his secretary for the insignificance of it.

I have a friend who is past 90 years old and can’t remember names. He calls almost everyone young lady or young man. I’m 82 and smile when he calls me young man.

Clara grew up in Boise, Idaho and graduated from BYU.

Seems like a good kind person and does a good job.

It would be impossible to not realize she is a female reporter, but I have never thought she was any different than the rest of us in terms of asking questions, etc.

It would be impossible to not realize she is a female reporter,

Uh Oh, can you say that. Sounds sexist. 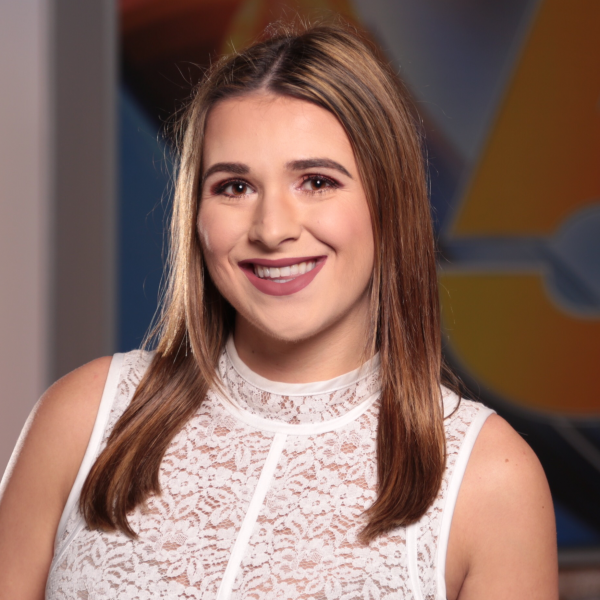 Clara Goodwin joined the 5NEWS sports team in July 2018 as the weekend sports anchor/reporter. Clara grew up in Boise, Idaho before graduating from Brigham Young University with a degree in sports broadcasting. While at BYU, Clara worked with KSL-TV...

I’m assuming we no longer have “Lady Razorbacks” for the Hog Women’s team(s).

The Lady Razorback and Lady’Back brands were scrapped by Jeff Long when the university merged the men’s and women’s athletics departments.

The university hasn’t referred to women’s teams by those names in over a decade, and requests media not to use them either.