Who are your favorite Teams to root for

Obviously the Razorbacks for college football and basketball baseball, Atlanta Braves baseball, Cleveland browns football(were always great when I was growing up and I’m loyal like that) no real favorite for pro basketball. 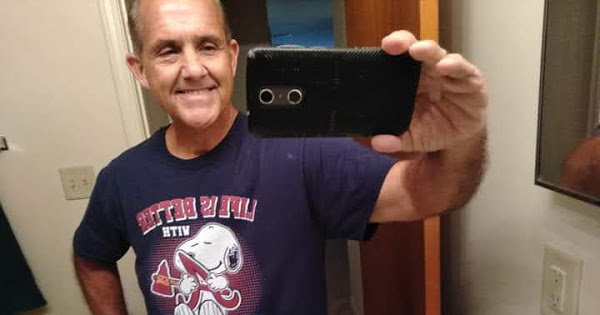 Bulls, cardinals then Red Sox (weird, right-but definitely pulled for Cards over Sox in the WS), Cowboys (why, oh why, can’t I like another team?!?!?!?!?), Lions, and as of last year, the Chiefs. I pull for LSU when not playing us, just have some tremendous friends who are Tigers. Now their basketball team needs to burn in hades, they are all aware of my opinion of their blatant cheating there.

Anyone playing Duke, or Labron, or the patriots. Or A&M, or Auburn.

I went to UT, and I really, really try to root for the Horns, but I just can’t pull it off. But its a work in progress, maybe as I age I’ll gain forgiveness and understanding.

Back when there were 16 Major League Teams, I rooted for the Brooklyn Dodgers. I do not even bother with MLB these days and never found a favorite NFL team to worry about. So for both pro basketball and football I root for any team with an ex Hog on the roster.

My only favorite team is the Razorbacks. No matter the sport. I don’t care for professional sports. I rarely watch MLB or the NFL. Never watch the NBA. To the extent I care about pro football, I guess I’m a Cowboys fan, but usually I just hope whichever pro team has the most former Hogs on it. To the extent I care about MLB, it’s the Cardinals, but again, it’s whichever team has the most hogs on it.

Hogs of course, then, like a lot of Arkies, Cards and Cowboys. I don’t follow the NFL like I used to (I about had a breakdown after the “The Catch” in 1982), I will watch occasionally, but I don’t plan my Sunday’s around games like I used to.

I am a pretty big Card’s fan.

Razorbacks first and foremost in any sport.
NFL - Dallas Cowboys since I was old enough to know about football. Early 60’s.
MLB - Detroit Tigers, where I was born and that epic WS between them and Cards. Bob Gibson, Mickey Lolich, Denny McClain.
NBA - Celtics, but anymore flavor of the month
NHL - Meh
Soccer - Meh

Packers and whoever is playing Dallas. I’ve hated the Cowboys for 53 years, no reason to stop now.

Spurs. No interest in the NBA otherwise even to watch ex Hogs

Arsenal (13 time FA Cup winner, back in the semifinals again)

NHL meh. Thought I might get interested living near an NHL team but I never even watched their games on TV

And anyone playing the Cardinals (WORST TEAM AND FANS IN SPORTS, PERIOD).

1.Razorbacks in every sport
2. Yankees in MLB…those navy pinstripes are just the tuxedo of sports.
3. Cowboys…I have been watching them since they began. I just like Jerry, too. Never a dull moment with him. Not a die hard like Dudley, but they are the drama queens of the NFL.

When I am not bleeding Razorback red, I bleed Dodger blue.

Hog fan since mid 50’s. My attention is focused mainly on football, basketball and baseball. But if it has a Hog on it I’m calling the Hogs.

Not big in professional sports, but I do follow the Cardinals and any professional team that a former Razorback is on.

I do watch the Wyoming Cowboys in college sports when I’m not watching the Razorbacks.

If I didn’t live in Arkansas, then Wyoming would be where I’d want to live.

And anyone playing the Cardinals (WORST TEAM AND FANS IN SPORTS, PERIOD).