When I was hired: Neighbors went all in on his dream job

“I was worried that whoever got the job was going to do it and I’d never get the chance again,” Neighbors said.

Part 3 of our When I Was Hired series dives into Mike Neighbors going all in on the Arkansas women’s basketball job in 2017: 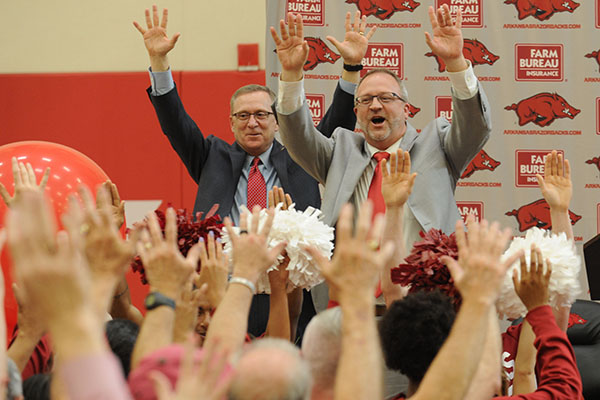 When I was hired: Mike Neighbors went all in on his dream job

I’ve had the pleasure of visiting (briefly) with Mike on two different occasions (both at summer girls AAU tournaments). The first visit I told him every Hog fan I knew were very excited about him coming home. He said it was an honor to coach his home school. Last summer I visited with him in Atlanta. He looks you in the eye and is very personable.

He can recruit and coach too. IMO we hit one out with Mike.