What in the world? Pat Forde ranks Hogs #2

It’s nice to get some positive attention, but maybe tap the brakes just a bit? 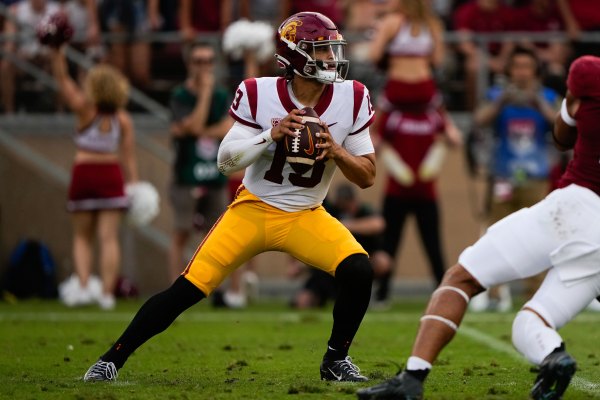 Quite the shakeup, understandably

Here’s the why. He’s not going to rank teams that ain’t played nobody (like Mobilehoma and Meechigan). 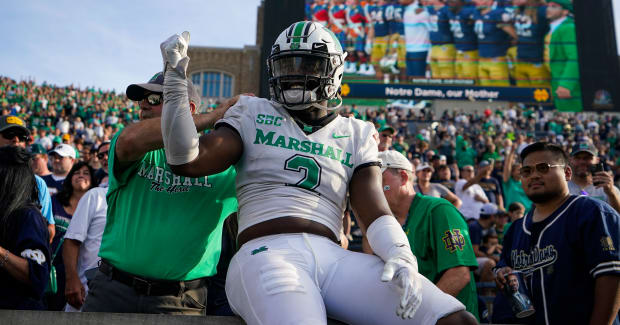 These Sun Belt Teams Have Something to Say to Notre Dame, Texas A&M

Marshall, App State and Georgia Southern beat some of college football’s biggest programs, shaking up the powers-that-be in our weekly list.

Could it be that the stars are lining up to be the Year of the Razorback?

Our schedule is laying out to be a magical season. WPS

It could be, but that game at BYU looks awfully tough right now. And I’m still not ready to write off A&M or LSU. Alabama is still Alabama despite its squeaker yesterday.

We’re 2-0, having played two better than average teams, yet I have a lot of questions.

“Our schedule is laying out to be a magical season.” Well, no. After Missou State, I can’t imagine any team having a tougher 5 game slate.

Cincy at home vs. BYU on the road. I think we’re the better team and would feel pretty positive about our chances were it a home game.

Agreed. But serious problems don’t mean they won’t be very tough to beat. There’s time for them to fix problems. I bet they don’t lack for talent.

I have no idea if BYU is better than Cincy. They have one very good win. Cincy doesn’t. Plus, we play BYU on the road, not at RRS.

I’m optimistic about our record this year, but with a very few exceptions, we have to play good teams week after week. We could go 12-0. (Never thought I’d say that even as recently as last Friday.) However, 3 losses are still quite possible. I like our chances of getting 9 or more if we don’t lose any more key players.

If I put away my hog-colored glasses, I see likely losses to Bama, BYU, and someone else. I could also see us beating Bama and losing a couple of others.

“Our schedule is laying out to be a magical season.” Well, no. After Missou State, I can’t imagine any team having a tougher 5 game slate.

I was commenting about “our schedule is laying out”…I think our schedule is awfully difficult and therefore not laying out for a magical outcome. Should we win the next 10 games in a row, yes, that would be magical — so magical, I can’t even imagine it.

OK danny. I understand that summation.

We are going to continue to have problems with passing teams

Miss St scares me to death

Me too. Especially being on the road right in the middle of that four-game gauntlet that starts with the Aggies.

Go to Dallas, Play bama at home, go to MisSt, and then go to BYU. That is a lot of traveling with a brutal home game thrown in. Not sure we have the depth to hold up thru that stretch, but I sure hope we do.

Agree. Obviously, I don’t expect this Razorback team to go undefeated. However, I am to the point where I’ve removed the word “impossible” when referring to anything about this football team. As Forde questioned in his full write-up about the Hogs #2 ranking, “has any team had 2 better wins so far?” He’s correct in his thinking.

I believe, at this time, after 2 games, the Hogs deserve to be in the top 10 (probably not #2). I’m also thankful that Bama is not our next game. Now, they need to continue proving that over the next 10 regular season games.

Bama is not accustomed to being flagged for their infraction of game rules.

I agree with an earlier thread…bama is the key game. They are beatable and we should win. If we come out of that game with 0 losses, seccg is ours to lose, and so is the final 4. Ok, i dont expect it but im jaded after all these years.

The offense is going to have to grind it out each game until our secondary catches up. A pass happy team will wear us out if our offense struggles. Just my opinion.

Yeah the offense has a lot of pressure put on them for sure. The defense I thought was looking better yesterday but there were several penalties kept drives alive it would have been a blowout had we been able to avoid the penalties that allowed those drives to continue so hopefully we can continue to get better every week and the defense can be more reliable.