So I’m completely speculating here, but what is Hogs beat Missouri and WKU plus play competitive games down the stretch…do we keep him? I’m reading all the negativity here about the program and the staff needs to be fired, but are there any scenarios where CCM and crew are retained? A few variables I think play a factor:

I’m not saying a change in coaches isn’t warranted, but I’m also old enough to see really bad years turn a corner. I guess I haven’t given up on this staff yet. But I do think the rest of this year on the field will determine this coaching staffs future employment status at ARK. I think our AD is earning his money these next few weeks with the decisions he’s going to need to make.

Win a conference game and WKU then I suspect he’s probably back.

Lose badly to Alabama and then lose to MSU in front of 40,000 living breathing human beings ( AKA tickets sold) and I don’t think he coaches against LSU.

Something to keep in mind. Consider the Mike Anderson situation. He took over a dumpster fire and restored it to respectability. He just had a perceived image of not being able to get us over the hump. He wasn’t bad, he won more than he lost, kept us out of trouble, raised APR, etc. Still HY fired him because he felt the UofA deserves more than just knocking on the door occasionally. Not judging if the Mike Fire was right or wrong, just sayin if Mike was put on the chopping block, how the hell can anyone expect Morris not to be. To this point he does not even reached the house let alone knock on the door. Only difference is “time on the job”. Will “time” save him for one more year or will Hunter cute bait and fish for a new head coach because we as in U of A deserve better than what we are getting. Looking at the Mike Fire, I’d lean towards the side that says Morris is a dead man walkin.

Your frustration as a Razorback football fan is obvious to all on this site and I believe we all share in that frustration.
We all long for a competitive team that can win at a level that we expect from our states flagship program.
So, in your opinion what type of Coach and philosophy do you feel would give Arkansas the best opportunity to rite the ship quickly and for the long term especially since we are having to accomplish this task while trying to do so in the best conference and division in college football?
I believe we would all like to hear your thoughts on this.

I think our coach could salvage the season but doubt it happens. I see no reason to fire him before the end of the season however.

I am with you Bobg, hoping the coach catches lightning in a bottle and gets some traction somewhere but do not see where that could possibly be. First thing is get thru this weekend without any injuries, then maybe get some consistency out of the QB position, and the defense fills some holes, it is doable, they just need to do it. At this point, they can not accept anything less then full on determination.

First of all , and above all else, we need a proven winner - I mean someone that has won consistently at the college level be it P5, G5, etc. And when I say winning I mean winning or truly competing for conference championships ( high conference finishes, title game wins or at least appearances, etc.)

I also think the coach needs to have demonstrated an ability to punch above his weight class - the ability to compete favorably and a times win against programs that have more in the way of talent and resources. I’ve watched many an Arkansas team do this over the years and it’s a must here given some of the inherent weaknesses we have as compared to our conference brethren.

Someone that’s taken on a rebuild and been successful and by that I mean taken over a very tough situation ( 4 or fewer wins by predecessor) and won 9 or more games multiple times.

Not as high on my list as the above, but someone with strong Arkansas ties would be a “nice to have” but not a must.

It’s tough to find a person that checks all of those boxes, but some candidates that meet most of the criteria above that I think Arkansas could probably hire: Mike Leach, Dave Clawson, Mike Norvell, and Bill Clark.

Personally, I think Norvell is in Petrino’s class as an offensive mind and was the best candidate in 2017 and remains so today. He has extensive ties to the state, has shown the ability to beat P5 teams/teams with better talent on paper, successfully dealt with losing assistants to P5 schools, has recruited states surrounding Arkansas, and is a proven winner. I wish he had a rebuild on the resume, but I think he’s taken what he inherited and not only sustained it, but made it better. 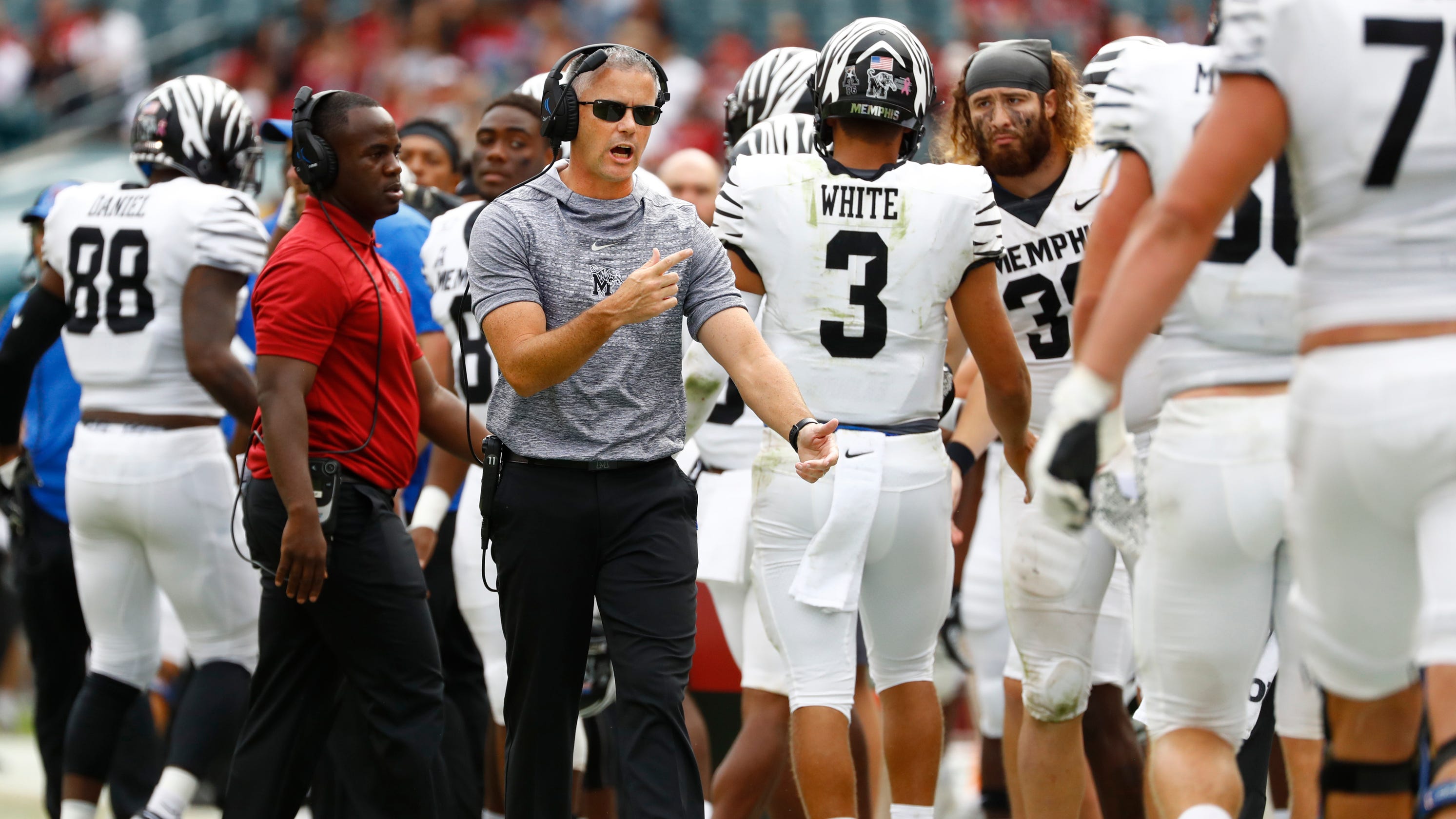 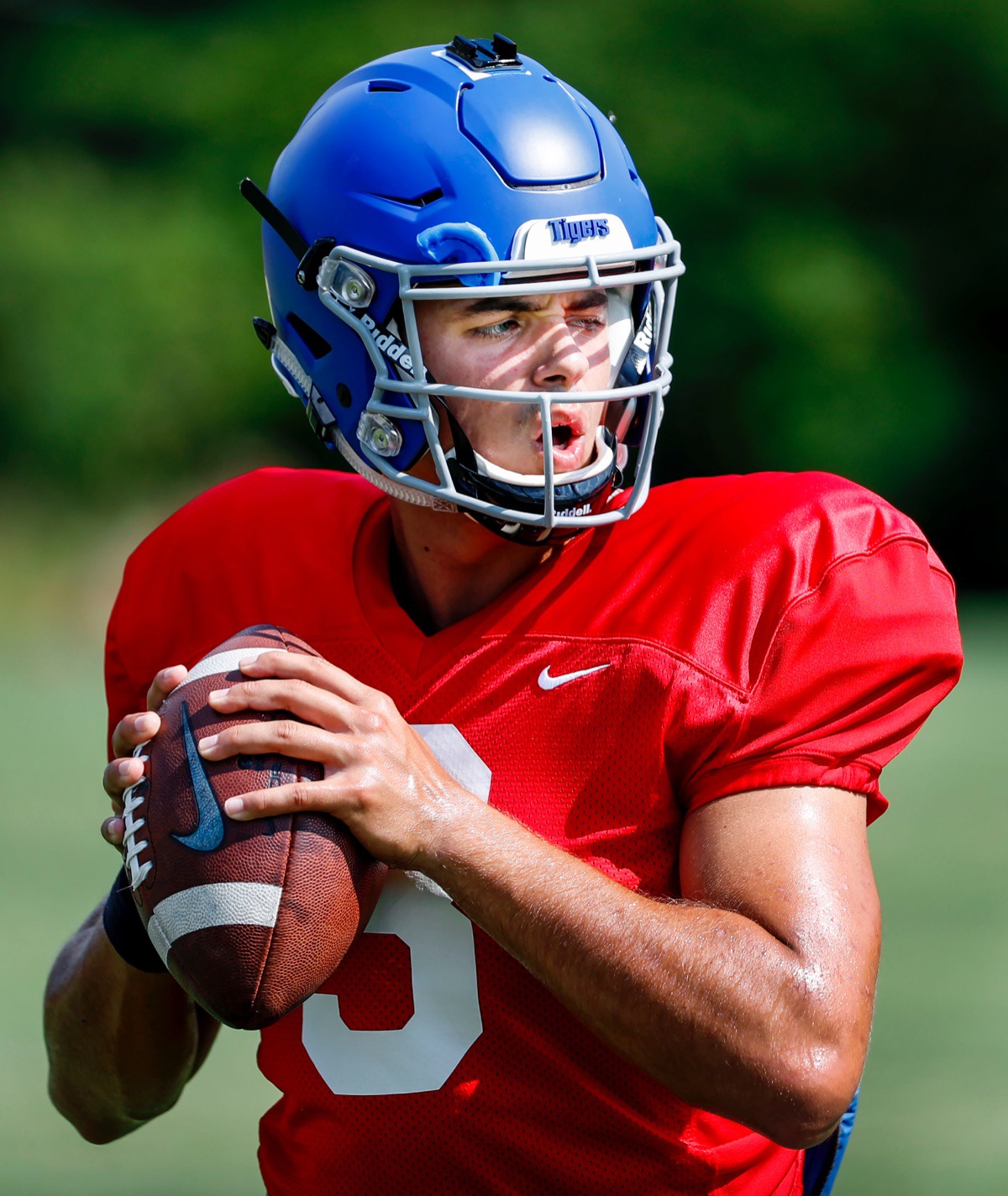 The only reason would be to “officially” begin the search process so hopefully a hire could be made very quickly after the end of the season given the early signing date. If you delay until end of the season it delays hiring by at least a week and a half.

I agree that beating WKU and winning a conference game would probably keep his job.

Hard to see him being fired before the end of the season, unless we lose to WKU. If we lose that game…CCM may leave town running for his life! I’m talkin Mussolini!

The bad losses in games the hogs should have won concern me as much as being able to compete within the SEC! Coaches need to be able to motivate and instill a fired up attitude in their team to be ready when the light comes on! That’s just as important as recruiting and the X’s and O’s. Then look the inability to call plays and change QB’s when they are just simply horrible! Waiting until late in the 3rd quarter is just stupid! Have the intestinal fortitude to have a pair and take the bull by the horns! This staff is passive and I could careless about what percent of the play book is installed when you QB throws behind receivers and over their darn head how the heck are you ever going to score.
We have receivers that can catch the ball but no QB we have seen lately can get the ball to them and today we are playing the 8th game of the season.
I’d like to see more aggressive decisions to make changes and try something new especially at QB!
Hammer Down what a joke!
This staff better beat WKY and Miss St!
The moving truck is warming up!

Despite all of the shortcomings CCM will get another year!

Can someone tell what the “something in his background” kept us from hiring Norvell last time? Maybe that wasn’t even the reason, but that is what was rumored at the time. I wanted Norvell 2 years ago. Not saying he would have done any better, I just didn’t like hiring a coach that had the record Morris did.

Now, let me make it clear, I am not necessarily calling for Morris to be fired. I really think 2 years is such a short time to give a coach almost no matter what (I did say almost).

All I know about Norvell is, he inherited a good situation. Memphis was winning before he got there.

Also, no else has tried to hire him.

When memphis hires norvell, they were more of a ne’er do well than a winning football program, I think Fuentes had back back winning seasons when he landed the vt job. Norvell has taken that spark and ran with it.

HBO is covering leach and the cougars in a hard knocks type of documentary, leach appears more like an old fashioned tough coach than a finesse coach. 24/7 football

But Norvell has not won any championships or bowl games, which eliminates him based on your own criteria.

you make good points. One thing that i have not heard from anyone is upgrading the assistant coaches and positional coaches.

Morris, I think can be OK. If I don’t see upgrades at least with Offense/Defense coaches then our problems will continue. I am watching WI and Ohio St Defensive coaches which are young and seem to relate better to the players. Now, this poses two questions 1) Will we spend the money to get either an up and comer or a proven coach? 2) not to offend any of my Hawg fans, but will there be coaches willing to come to AR? Usually, enough money and question 2 can be answered away.

Last points, LSU is a proven program, yet, saw a chance to improve their offense. UGA is struggling with offense due to the unwillingness to change their offense.

Thanks for listening. I only want the best for the Hogs!

He’s played in two AAC title games - both close losses on the road at UCF. Meets my criteria - “ competing for or winning championships.”

If Morris beast WKU and any other SEC school he will be back.

Well, in this case Morris has been a 250 pounder who got knocked out by his sister. Not only has he not punched above his weight class, everybody in every class has whipped his butt. From Colorado State to North Texas State to San Jose State…man the states are killin’ us. Seriously, he hasn’t shown the game day management or leadership which a good coach has to lead his team to win the games against better opponents. He hasn’t even been able to beat the lesser teams. After 19 games we have seen this picture too many times. Something is wrong with the coaching staff, be it the head coach or the assistants.

We don’t seem to be getting the most out of the ability we do have. Most all of us are not able to watch practice nor do we know the coaches and how they coach and prepare this team. All we can base our judgment on is what we see. We are going to have to depend on our Athletic Director, Hunter Yurachek, to make the right call on this. He is there everyday…he knows in his heart whether Morris is capable of doing this job. I just hope the financial situation doesn’t keep him from making the best decision.