What happens when the college football program you commit to fires your dad? 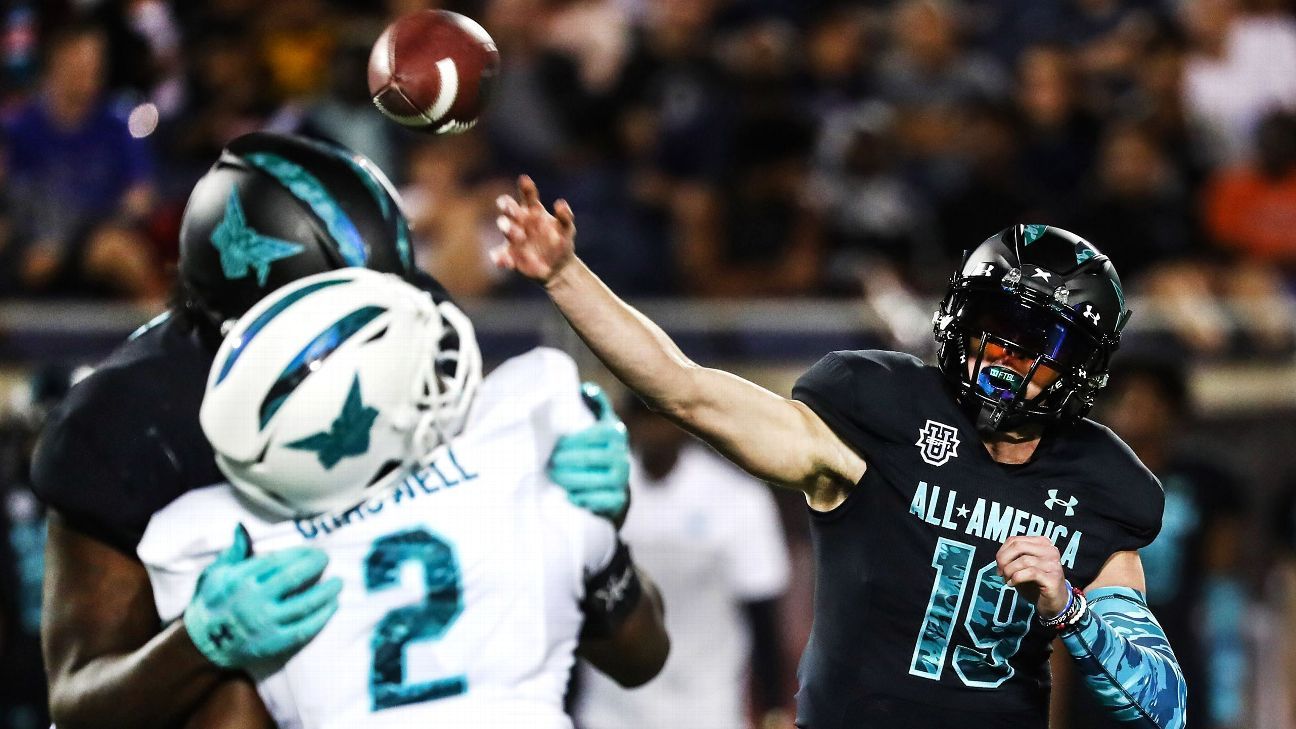 What happens when the college football program you commit to fires your dad?

Chad was a failure as HC for the Hogs but he is a good dad and a good man. I always thought his son playing for him might be tough (especially as a QB). Looks like both landed on their feet.

All the best to both…except when they play the Hogs.

I saw that article last week. Probably a good thing that Chandler didn’t go to Auburn. Gus might well fire CM after one year if they go 7-5 or something.

Really classless article by ESPN! They should have pointed out just how horrible he did as a HC! I am happy with Hornsby over Morris as our QB in this class!
I’m glad CCM is gone and I won’t ever wish Auburn and the Gus bus good fortune. I hope they both end up in a soup line!
The younger Morris I hope he is successful!

General national consensus was that FSU and Arkansas overreacted by firing Taggart and Morris after less than two seasons. Doesn’t matter that he had by far the worst record in Arkansas history, they still think we dumped him too quick.

Besides, that piece was not a place to take shots at Chad Morris.

General national consensus was that FSU and Arkansas overreacted by firing Taggart and Morris after less than two seasons.

I mentioned that Dabo was telling everyone exactly that and got beat up bigtime on this board. We were turned down by several coaches that we strongly pursued and you have to believe that was one of the reasons. I am glad Sam is here but we did pay a price on the national rep level to get him.

Always easier to judge from the outside looking in . I wonder if ( whoever they is ) would make the same choice if CM was the HC on THEIR fav college team.

General national consensus was that FSU and Arkansas overreacted by firing Taggart and Morris after less than two seasons.

Not sure that’s accurate for Morris’ situation. His record was bloomin awful even compared with Taggart’s. I believe most pundits understand 0-16 is easily fireable.

CCM jumped into the toughest conference in college football and was still wet behind the ears as a head coach. Taking on a program that was in a downward spiral with sparse Sec talent is not a recipe for winning, he gave it his best shot but it just didn’t work out or even have the appearance it would down the road. Wish him and Chandler the best. WPS

It would have been classless to trash the dad when the article is about the kid.

Right. What I gathered from it is he only wanted to come to Arkansas to play for his dad. Auburn didn’t give him that option so he went to OU. What did you get your if it?

Read the title of the article? Who does that slam?

If Auburn goes 7-5, it will likely be Gus that gets fired. Especially if they lose to UGA and Bammer.

Quite possible, or he sacrifices a coordinator to save his own carcass.

Yes it was. Fortunately, we in Arkansas knew better. I think this recruiting class vindicates the decision. I don’t know how many games we win next year, but I bet it’s more than 2.

It’s not just how many wins! It’s also about your team playing hard nosed football and being able to compete with
SJS, WKY, Ole Miss, Kentucky and Miss ST. When a 8 year old is sitting in the stands with you and says “You have to try real hard to be this bad” you know it’s time to fire CCM.
In the old days CCM would have been fired his first year!

someone reminded me the other day that John L Smith won two sec games in one season. I wonder if John L wrote chad a thank you card.

I saw that article last week. Probably a good thing that Chandler didn’t go to Auburn. Gus might well fire CM after one year if they go 7-5 or something.

If they go 7-5 or worse Gus probably won’t be the one doing the firing.