What happens to transferring players?

With the advent of one transfer with immediate eligibility for college athletes, it’s possible some players will not land with another school, what is their remedy at that point?

Portal purgatory for the ones transferring from Catholic schools.

there’s an old rock and roll song that says just that.

The Catholic doctrine of purgatory allows for the process of “purification” so as to be able to get out and go to heaven, I take it with portal purgatory, you don’t get out? 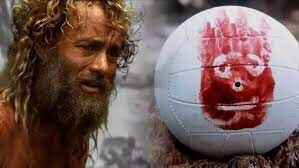 Some LSU kid went through this, he never played football again.

Then, one would be wise to put some feelers out before cutting the cord, but that’s probably not kosher?

Pavlog, your depiction would sure make me think twice about transferring!

Or worse, even considered necessary by many of these individuals.

For the P-5 transfers that get lost in the middle, it could be a pride thing not wanting to take a step down. Or vice-versa if some think they better than the lower classification they are transferring from.

So, if they will swallow their pride, at some point, they should be able to land somewhere.

Who knows. Maybe it’s a supply vs demand issue.

I suspect some FBS guys will have to go to FCS. Or D-2. Which happens some anyway. Kiehl Frazier, QB from Shiloh Christian, went from Auburn to Ouachita. But that may become more common if people in the portal exceed number of open scholarships.

I think that’s true in the vast majority of cases. Very few guys on scholarship on a D-I team would lack the skills to go play for anyone on a lower level.

Now the transfer portal is also a bit like heading for the frontier in the Old West, there are some shady characters looking to get away from their past. A few of these guys in the portal are trying to get away from trouble they can’t outrun. If they can’t find a coach either willing to offer second chances or too dumb to find out about the problem, those guys may be out of college basketball for good.