What a complete and total cluster (lot 56)

The new traffic pattern was completely and totally a cluster …

There was NO movement at all on Stadium Drive. We sat on the bus, stopped for about 45+ minutes. I finally got off and walked. (The bus driver asked if she could go with us.) Then when I got to my car, there was only one exit allowed. Stadium Drive had been closed off by the police and there was no exit to Razorback Road (which BTW was empty by that time). So that meant that everyone was forced to use the exit to MLK at the middle of lot 56. Oh, and you could only turn East WHEN there was a pause for the stop light at Razorback Road (or maybe at Stadium Drive).

Not sure what happened today, but Lot 44 Grass had nobody parked in it. Instead, they were sent to Lot 42 and crammed in. We had to park in a loading zone by the Tyson Poultry Science building.

When we were exiting the stadium, they had the normal police directing traffic at the intersection of North and Garland/112. However, they’ve installed a light just north of that (around where Fuzzy’s used to be) that had no police and flashing red lights, making it a 4-way stop.

No clue what the UA and Fayetteville were thinking today.

+10 points for a fuzzys reference

This surprises me not at all.

I was not there today, we are out of town. I will get to experience it next week.

I got a parking pass for Lot 56 this season. I parked around 12:15 and didn’t have any issues getting in. Came in from the east side of town, which may have made things easier. I might recommend doing that next time if you’re able.

Getting in was NOT the problem, @ScottieBordelon I come in from the East also. Getting out was completely nuts. They had shut down the Razorback Road exit and then they shut down the Stadium Drive exit. The only exit was from the middle of the lot onto MLK. It was a single file line which then turned East, making a crowded MLK even more crowded.

Sounds tough. I left the lot at 9:15, so different experience, but hate that happened. Sounds inefficient to cut off several exits.

I know I got in that line at 2 pm and didn’t get in until 245. (I was late arriving because I didn’t get a ticket until this morning and had to make the drive.

I don’t like complaining but I was just a bit surprised because I’d never experience that kind of wait getting into stadium.

I also came in from the East. 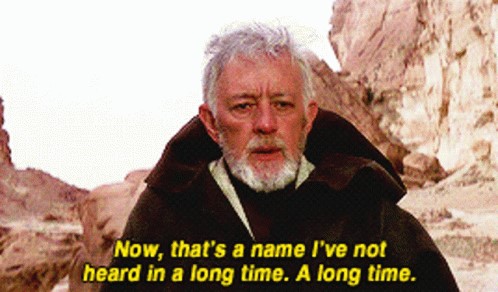 Lot 44 Grass was closed because it was deemed to be too muddy. That’s where I park. I was rerouted to Reid Hall.

They simply have to fix the issue about getting into the stadium. Either open the gates 2 hours before kickoff, or have more places for scanners and entrances. This was the worst I have ever seen today. It diminishes the game day experience a lot.

I had no problem parking in Lot 56, and we made it to Gate 1 about 1:10 (I have this thing about being in my seats an hour before kick-off). There was a mass of people at Gate 1, and we probably stood there for 10-15 minutes before everything started moving. Not too bad.

After the game? Yeah, Lot 56 was a disaster. We usually go out by Bogle and turn left on Stadium and then MLK. We were in the line to do that yesterday and sat almost still for 30 minutes; moved maybe two car lengths. I finally got out that line and moved to one that dumped straight out of 56 onto MLK, and 10 minutes later we were on MLK.

We also have some adjustments to make on concessions, at least in the South Indoor Club. No Wright’s BBQ as advertised, but there was a vendor selling cheeseburgers - advertised on a hastily drawn piece of cardboard. Seems like the options were much fewer in number. Kudos for having Coke back, though.

But we won, so it was a beautiful day!

So, they give all you writers the good spots? Anyway, I use Gate 12, we’ve always had 2 entry points on both sides of the entrance. This year there are two entry points side by side so people just made a wad with no line. Some people just walked to the side of the line and butted in. Bumper’s kin folks, I’m talking about you!

Ticket scanners did not work at 12:30 at Gate 12…
How about testing them before game entry?

How come they don’t contra flow Garland Ave to 49 after games?

Easy fixes that could be addressed.

We finally got in the stadium around 2:55. They stopped scanning tickets and pretty much ignored the metal detectors to get the crowd into the stadium.
The exact same stadium entry and parking lot exit issues happened at the Garth concert. The UA and Fayetteville seem to have a very slow learning curve

Gate 1 experience: the line was lengthy down the sidewalk.

My party thought we might try a different entry point (and this is well before 1:30). As we walk to the corner of the stadium with the will call windows, security were standing at a set of metal detectors vocally calling for anyone to come in. We walked almost directly to our seats at that point.

I am in 74B. I had always been in 44Grass before. I like this better. Back exit to Palmer.

Also no longer do I have to get credential. I have a hang tag with “all access, all events” with my picture on it. Same as staff.

And I left with the Hogs running out clock. I was in my recliner at 8:30 pm (in Norfork). I rolled north on Palmer, then to Sang and quickly on I-49.

I chuckled to myself about all the working folks like Matt and Scottie still grinding.

I’ll chuckle some more when I’m sitting in Routt National Forrest next Saturday waiting on an elk.

Yea I was assigned lot 56 years ago and when there was a decent crowd it was a complete mess. At one time they improved it by blocking one lane on MLK so 56 could turn right more easily. I was moved to a lot up by the engineering bldg on Dickson, easier entry/exit but a lil further. Closed this year because of construction and assigned 56d by bball practice facility. Took an hour to get out. Yuck!

And I left with the Hogs running out clock. I was in my recliner at 8:30 pm (in Norfork).

I heard you on the radio for 10 or 20 minutes on our drive back to Little Rock. I don’t remember what time it was, but you did a great job answering their questions. When you took that call, were you in your truck or on your recliner?