We could sure use Justice Hill

Great gritty comeback win tonight but we are so shorthanded. Sills goes down, Jones has 4 fouls and we were strapped for players.

Seems like Justice could have really helped coming off the bench but at the same time I wasn’t there watching all of the practices.

I love this team and love the new coaching staff. But I just can’t see why Henderson doesn’t play in front of Cylia. He has really been a non factor. I really thought after Henderson gave us those good minutes a few weeks ago he would be in the rotation.

It does appear to me that Muss is not the best judge of young and physical talent…Cylla and Justice being two examples.

Ummm…Cylla is a grad transfer, Justice is a freshmen. Cylla wouldn’t be considered “young talent” with most NCAA coaches

Correct me if I’m wrong, but didn’t Justice leave because he was not guaranteed a spot in the rotation? I think he had a scholly and an opportunity to earn playing time. I don’t know what else Muss could have done. I am puzzled as to why Henderson has been forgotten after his impressive 7 minute run a few games ago.

That was the rumor about why Justice left.

Yeah, Henderson not getting more time does confuse me a little. I think we will definitely need him Sunday. And during several SEC games

Not saying this is the reason but consider other “issues” that no one knows about and Muss may not want to discuss concerning any particular players personal situations. -just thinking-

That could be true tenn.

Not sure if you’re talking about Justice or Ethan, but I was told at the time Justice may have been a misunderstanding between the HC and player.

As for Ethan, he maybe a “game” player. I’ve seen players in both basketball and football that practiced like crap, but when the lights came on during game day, they were absolute players. I keep hearing he doesn’t practice well, but he seems to play pretty decent, so maybe it’s as simple as that.

Cyllia is simply a miss! I hope those transfers sitting out play better than he has.
With Hill being a freshmen we may never know the real story. Looking at the recruiting class coming in I think this will all be water under the bridge next season.

If Walker would have came (I agree with RD, think he’s going pro in China) then it would of helped this year, but since he’s not, the short rotation, undersized post players will be a subject of discussion all year, win or lose and some will 2nd guess Muss.

Next year, however, we may end up having height and a deep bench. Everyone will forget about the “shortness” from this year.

All good points guys. I agree that if Justice would have stayed that next year it would have been tough to get minutes. That being said I don’t think he chose to leave on his own. Thats just my opinion but I feel like he was told he wouldn’t play here. I hope there is no bad blood there because the kid really loved the Razorbacks.

Its just scary that we are one injury away from being in some serious trouble. We got fortunate last night but that won’t always be the case.

I will say that Mason Jones is a true gamer. Props to Coach Anderson and his staff for finding him. Thats one thing CMA and crew could do…find diamonds in the rough. Nolan was great at it also.

From what I have heard, and again I don’t know for sure, was that Muss told him he was the 9th guy in a 8 man rotation. In other words he was going to be getting Ethan Henderson type minutes.

It hurts Arkansas in the short run, but ultimately gives Coach Muss greater flexibility in terms of scholarships. Works out for Justice is he gets starter minutes at a good JUCO to show what he can do.

I understand that Justice will be at a P5 school next season. Getting a lot of interest. His jump shot looks reliable. Of course it was getting better last summer.

His size is probably why Muss thought he would be getting Henderson minutes. I think signing of Whitt sealed Justice’s fate at Arkansas.

From what I have heard, and again I don’t know for sure, was that Muss told him he was the 9th guy in a 8 man rotation

That’s what I’ve heard too. I also heard he’d gotten an offer from Steve Alford at Muss’ old school, Nevada, but I haven’t heard anything about P5 interest.

Justice is where Justice needs to be. Clears a path for far better talent that Muss recruits to UA vs inheriting.

Justice is where Justice needs to be.

Are you suggesting this season is a simply a throw-away? As I think we’d be better off, today, if he were on the team. For example, Notae does us no go this season.

Justice was not going to be happy playing spot minutes, what Henderson has been doing. Maybe after a year of steady PT in Salt Lake City he’ll be ready for substantial minutes as a Power 6 point guard (Big East is definitely a power league in hoops with NCs from Villanova and recent FF appearances by Butler).

That’s what I’ve heard too. I also heard he’d gotten an offer from Steve Alford at Muss’ old school, Nevada, but I haven’t heard anything about P5 interest. 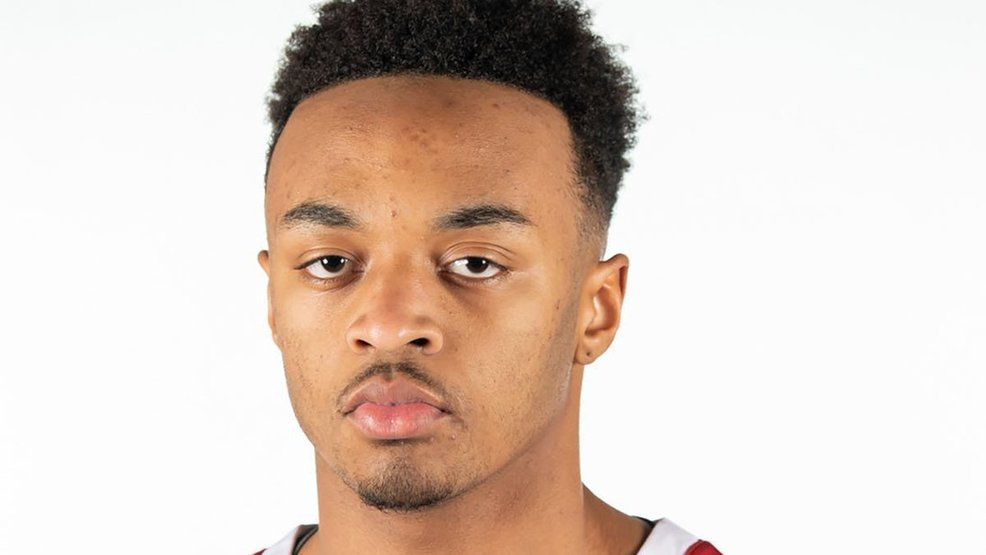 Justice Hill, who was a member of the Arkansas basketball team under ex-Nevada coach Eric Musselman for a couple of months, could end up at Musselman's former school in Reno. Hill, a super athlete who was a state Gatorade Player of the Year in...

This article talks about Washington State and Oregon showing interest. Talking to his Dad, they are very hopeful that he lands at P5 or P6.

If you are thinking St. John’s, it won’t happen. Mike got his PG of future in Posh Alexander and backup in John McGriff.

I hear he likes TAMU. Whether he has an offer, I do not know.

If he is mentioning them, I assume they are showing interest.

Yeah, this was my point. He is a mid-major talent, at best, and doesn’t add anything to our mix when (if we were to add a player today) we need someone who plays inside of can play above the rim. You point out his skillset+mix with this team more delicately than I did:)