Which would be the equivalent of a super-regional seed in baseball. You know, the one we might not have this year 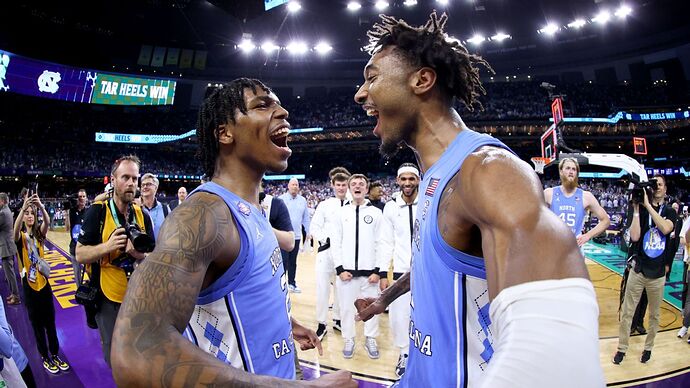 The North Carolina Tar Heels rise to the No. 2 overall seed.

I guess my main takeaway is that if they pick the Jellycats to be the overall #1 seed and have an automatic qualifier, then they must expect them to win the overall SEC and the SEC Tourney.

I think the Hogs will have something to say about that, but at this time this is just an article to fill space and its just a big guess.

Well, they got Oscar back. We apparently aren’t getting JWill back. That’s a big item in the Squid’s favor.

Yep. I was just certain JWill would come back. There is still a chance. But that light does seem to be growing dimmer. I can’t blame the kid. But I do think we could/would be a top 10 pick next year.

But I do think we could/would be a top 10 pick next year.

A 2 seed is the equivalent of top 8 in the nation, so yeah we’re there.