On my birthday, with a cold Bud Light Lime and my dog, Hudson. Life is good tonite. The only thing that would make it better is if IJ says he’s coming back.

Several years ago I left my Knicks and adopted the Lakers. I am enjoying the game even though Lakers are behind.

I was watching the Yankees and Nationals until a downpour hit DC. We could use a downpour about 350 miles south of DC; we’ve had heat warnings every day this week with heat index as high as 107.

I’ve loved the Lakers all the way back to Magic. I cried like a baby in 1991 when a fellow manager, in a dick move, gleefully told me Magic had HIV. I was sure he was gonna die (Magic, not the manager, lol). But this horrible year basically started for me when Kobe and GiGi and their friends died on January 26th. It’s almost hard for me to fathom that Magic is still going strong, but Kobe is gone forever. Kobe’s death hit me really hard. He was my favorite player ever. I met him once in Vegas, and he was nicer to me than he had to be. Anyway, the Lakers are gonna win the championship this year and tie the Celtics at 17. Next year they’ll win another one and be the all time champs (sorry Dudley).

It would be wonderful if Lakers win the next two. I always root for records to get broken. Nothing like someone chasing a record. I would love to see LeBron do it.

I am surprised you kept watching after that ceremonial pitch by Dr. Fauci. It was awful. Watch his poll numbers go down

Nothing is going to top 50Cents pitch!! 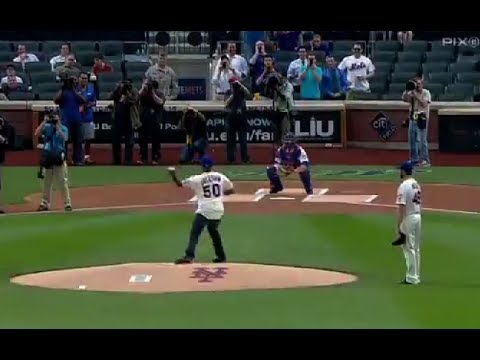 I just hope the Lakers can win it this year. After Kobe’s death, and all of the other terrible things that have happened this year, a Laker championship would do my heart good. As far as my Razorbacks, I’ve been watching this site every day waiting for Isaiah to declare he’s coming back. I truly hope I get that news, because if he comes back, we are a national threat again. No doubt in my mind.

I missed Fauci’s pitch. Turned it on just as the first real pitch was being thrown

I guess you will still be ok “if” the Lakers blow it and IJ doesn’t come back?

This year’s NBA champion will not be a real, bona fide champion, in my view. I expect the Lakers to win it, but it seems a bit contrived, to me. Trying to make the best of a bad situation is admirable, but it is better, I guess, than no champion.

All (if any) upcoming championships for 2020-2021 may have an asterisk attached later.

The Lakers can only play the hand they’ve been dealt, but the ring will still have gold and diamonds regardless. And every other team in Orlando wants that ring desperately.

Remember Tim Duncan and San Antonio won a title when the season was shortened by the boycott. I don’t see an asterisk against their title.

And sometimes we agree, PJ. Nobody that wins a title in this climate should ever have to worry about an asterisk. In my estimation, it is a miracle that we have any sports to watch at all. The NBA has done it’s diligence and prepared better than any other professional sports league, and the champion that comes from their effort is legit. Period.

And the Wash (used to be Redskins) won Super Bowl in 83 without an asterisk.
Personally I could care less if the primadonas of the NBA play or win championships.
The Razorbacks - different story.

Any championship this year is certainly not the same. The mere fact that they took 5 months off and essentially had the playoffs is a big benefit to the older teams in fatigue, as is eliminating travel for the playoffs. It’s just not the typical grind, which is part of the championship. For instance, the Bad Boys might have had to wait longer to get to the Finals had the aging Celtics been able to rest a couple of months before the playoffs, There also won’t be any as-big-as-church-bells performances in hostile stadiums.

BTW, you guys are frontrunners. Choose a team, and suffer like the rest of us.

I’m a hypocrite, of course. I adopted Showtime as my Western Conference team in the 80’s. I loved the passing that Magic and Bird brought back. Bird was out, though, since he and the C’s were regularly beating up my Hawks and Moncrief’s Bucks in the East. I couldn’t root for Boston, at least not in BB. I had a family connection to the Red Sox.