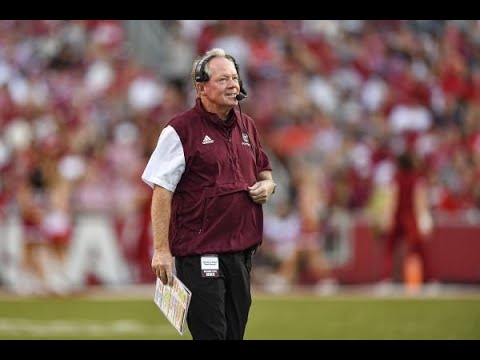 Very impressed with his ball club, they’ve done a great job of bringing in personnel that can do the things he wants to do. Wish them the best going forward.

Don’t know if after a somewhat heartbreaking loss is the best time read a person, but Petrino sure appeared to be a different person from how I remembered him. Seemed he was more comfortable in talking about the non-football side of being a coach. Obviously he has had some humbling life events, so maybe his personality and style have expanded.

He looks old, certainly older looking than when he was at Arkansas. Could just be naturally mellowing with age.

He really is a more mellow man than he was when he was here. Life has a tendency to do that to you.

No doubt he has many regrets. This showing could put his name on the lists of better jobs. Maybe Auburn takes a look. They have before…

He would do well at Auburn, even though nobody is a good fit there. I would hate to play him on the regular.

The guy just isn’t interested in window dressing, he is right to the point on the football field. We are here to score and to tackle you. We aren’t scared.

It’s way different recruiting now. It would be way better for him now.

He will land somewhere. He can call a game.