State of Washington has imposed a COVID vaccine mandate on all employees at state colleges and universities. Tomorrow is the deadline. Nick Rolovich, who makes $3 million a year, isn’t vaccinated, has no plans to change that and has applied for a religious exemption. If he doesn’t get it, he’s out. The committee that reviews the requests for exemptions is blinded; they don’t know if that person is a football coach or a janitor in the chemistry building. 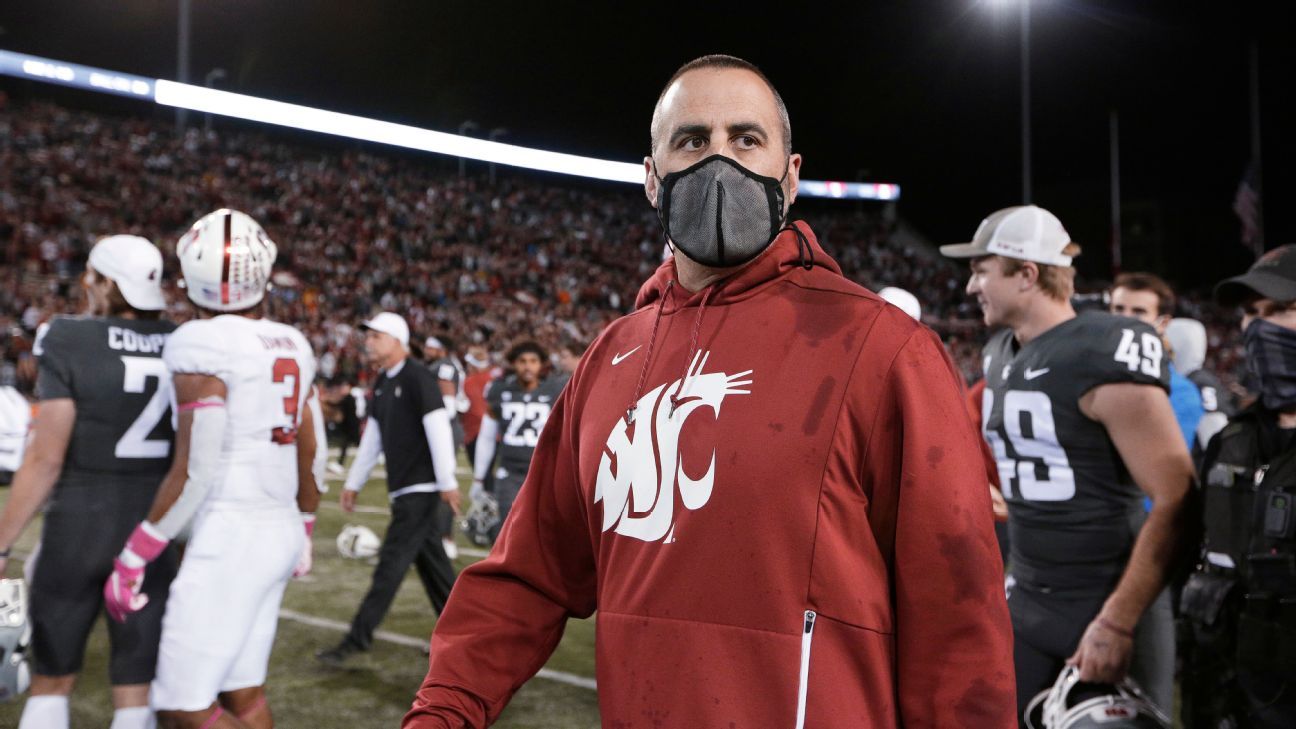 Washington State coach Nick Rolovich said he has not been updated on the status of his religious exemption request that is needed to be compliant with the state's COVID-19 vaccination mandate.

I understand the religious objections are based in part on using fetal cell lines in vaccine research and development, and it is true that decades-old fetal cell lines were used by Pfizer and Moderna. But a lot of other drugs were developed the same way, including Tylenol, Motrin, Tums, Preparation H and Ex-Lax. If you take Tylenol but don’t take the vaccine, is it really a religious objection?

Anyway, we’ll see what happens with Rolovich. It’s quite possible the committee will not make a determination on his request before the end of business Monday, and no one is quite sure what happens then. He could be placed on leave, or allowed to use accrued vacation time. But if the exemption is denied and he still refuses to get the jab, he’s out.

It should be noted that at least one NFL assistant coach lost his job for refusal to get vaccinated. The Vikings determined that given NFL rules, Rick Dennison could not do his job without being vaccinated, and let him go. 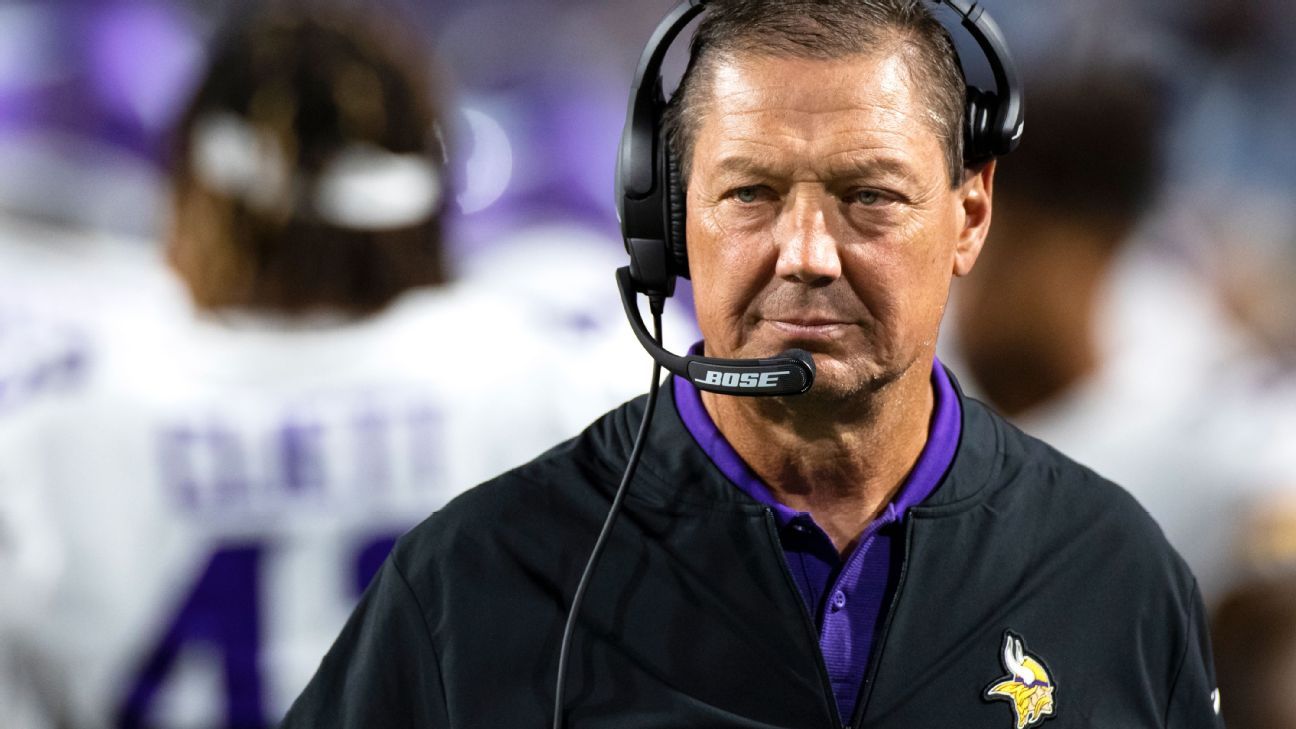 After refusing to receive a vaccine for COVID-19, Rick Dennison is out as a Vikings assistant coach, sources told ESPN. Patriots assistant Cole Popovich also won't be with his team in 2021 in a decision related to the vaccine, sources confirmed to...

And… Rolovich didn’t get the shot, and he got fired with cause, along with his unvaccinated assistants. No buyout, no nothing.

also, the vatican has officially stated that it supports the vaccine, and does not agree with the “religious exemption” based on fetal tissue from the 70’s and 80’s.

Yes I’ve noticed that. The Vatican couched it in “in the absence of an alternative,” but there is no alternative. J&J used the fetal cell lines too. (Rolovich was raised Catholic, attended Catholic schools, etc, but has refused to say if he still identifies as a Catholic).

I’m baffled by what he was thinking. At one point he said he would comply with the mandate, then he didn’t. Was not getting jabbed in the arm really worth risking a $3 million job, not to mention his life and health? Or maybe his ego said “they’re not going to really fire me for this.” Oops. I can’t imagine an unlawful termination lawsuit would fly. His contract allows termination for cause for violation of university policy, and this was clearly university policy.

Agreed, but it became university policy as well. The AD and the prez had no choice. Rolovich had one.

Meanwhile, NHL star Evander Kane was suspended without pay for 21 games – more than a quarter of the season – after he was caught submitting a phony vaccine card. That will cost him about $1.7 million.

Well, stupid is supposed to hurt…

Yup. A fake vaccine card is dumb, but Kane still has a job. Rolovich was under contract until the summer of 2025, so he’s out probably $11 million or so. His buyout would have been $4.2 million if he were fired for losing football games. I think Rolovich wins the dumb contest.

He played for June Jones at Hawaii and remains close to Jones. Jones said earlier this month Rolovich basically just doesn’t want to be told what to do. Welcome to real life, Nick.

Jones said earlier this month Rolovich basically just doesn’t want to be told what to do. Welcome to real life, Nick.

Exactly. If we want to live in society, there are just some things we have to do whether we like it or not. Nobody will make him take the vaccine, but there’s no reason they have to keep him around if he’s that unconcerned about his social responsibility.

My sisters 1st husband was a scientist who worked at more than one University , but you couldn’t tell him anything which is why he was constantly moving from job to job. Smart as he was he never made $3m a year as the WSU coach did. it’s amazing how some of the brightest people do some of the dumbest things!

There should be an alternative; e.g. 2 tests weekly, a fine, suspension, or a game against UAPB.

The purpose is to stop or slow the spread of a terrible disease. It would be an unconscionable imposition if the disease weren’t contagious, but since it’s highly contagious, such mandates are as reasonable as those for school children over the past several decades. Besides, the man isn’t being forced to take the vaccine. He’s being forced to make a choice: take it or don’t work for a school in a position where he’s in constant contact with others.

… or just take the damned vaccine !!

This is the policy of the State of Washington. It might coincide with what the federal gov’t prefers, but it’s solely the State’s decision. Arkansas, also part of the federal union, does not have a similar requirement, so it’s not like the federal gov’t is forcing its decision on the states.

You’re entitled to your opinion that this kind of state action is tyrannical, but if so, the U.S. Sup Ct has upheld the states’ rights to such tyranny for over 100 years. Personally, I don’t find it tyrannical. If everyone took the vaccine, I’d have been free to do a whole lot more things over the past year. So would have a lot of other people. I guess it’s just a matter of whose freedom you want to protect.

Let’s see here. The President proclaims a vaccine mandate for most, if not all Federal employees. Something he promised not to do by the way. Urges the States and “Private Companies “ to do the same.Most Blue States dutifully follow suit. As most “Woke” companies. The President attempts Draconian punishments on Red States and businesses fighting the mandate proclamation. Cutting back on Florida’s therapeutic request just as an example. Yep. Everything good here. Not a wife of overstepping Executive Authority or Unconstitutionality about this. Just go along. Nothing to see here.

Time/breath/words typed are wasted on both sides of this endless debate. Exhausting.

I can’t decide what I’m ready to see come to and end sooner…… the disease itself or the useless political debates on sports message boards, usually by the same few posters, that masquerade as “sports talk”.