Warren out for the year with ACL injury 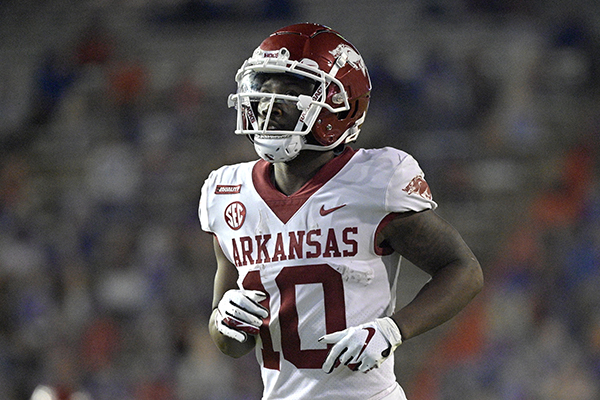 Arkansas receiver De'Vion Warren will miss the remainder of the season with an ACL injury.

Oh, geez. I wish him a speedy and complications-free recovery.

damn, I hate that. Hope he recovers soon. (What’s the healing time on that? About 6-8 weeks?)

First - I hope he makes a full recovery. As a guy who had 2 such surgeries (BUT, with maybe 10% of his athletic ability, AND a long time ago…technology has advanced a great deal since then), I know that’s not a given.

Second…wonder if he’ll be able to come back and join the football team next fall? Would love to have him back, if he’s healthy and wants to.

They usually wait a few days to let the swelling go down before they do the ACL reconstruction. Return to sports is usually in the 6-12 month timeframe, so spring practice is iffy given how late in the season this happened – if there is spring practice at all.

damn, I hate that. Hope he recovers soon. (What’s the healing time on that? About 6-8 weeks?)

Not for an ACL. For cartilage, yes…often, even sooner than that. But not an ACL.

Back when I had my first procedure for cartilage, they opened the knee completely and it took a long time (several months) for me to be secure one it. When I had the second one done a year or two later, they had the arthroscopy process (brand new at the time) and I recovered much more quickly.

In 54 I got broken cartilage and it was a major thing in those days before scopes etc.
I chose to not get surgery and was told by the time I was 50 I would regret it.
An ACL in those days was terrible and Doctors Allen and Andrews made huge progress on ACL’s but they are still bad. My son had ACL surgery from Allen and has never had trouble since…
Actually except for an occasional twinge my knee has never gotten bad, it folds once in a while but I do not have pain often.

Does anyone know if Darren Turner the freshman wide receiver has played this year of if he is an option to get snaps now?

I wrote about it in the story:

Freshman Darin Turner will also move up the depth chart with the injury, Pittman said. Turner, a Memphis native, was a four-star prospect who signed with Arkansas over several notable programs after Pittman was hired last year.

“He’s been in and out of some quarantines and some different things that has probably hurt his development,” Pittman said.