I appreciate him. Glad to see him a team captain. I think what is not said about him is slightly bothersome to me. He has great size and experience, but seems to not be coveted by any pro scouts…apparently a blue collar, get-the-job-done kinda player. I would love to see him get an NFL shot. But, even he seems to be considering himself near his peak and maybe resigned to a pro rasslin’ career. I hope I’m wrong. I do not appreciate anything about pro rasslin’ (except that for some, it means very big bucks).

We are in the last year or two of the transition from what Sam inherited to what he’s been recruiting on the OL. They’ve coached up the holdovers, like Wagner, who now are very experienced, and in some cases very good, college OL.

In the meantime, the caliber of OL they are bringing in keeps getting better, and the young guys are being allowed to develop and play when ready, rather than being thrown to the wolves in their first year or two in the program.

The younger guys as a group have a much higher ceiling than some of the holdovers, but the OL starters are plenty good enough now to hold them off to start and probably finish this season.

I agree with your assessment

Where do you read NFL scouts don’t like him?

I believe the back issue (now fixed) was what turned them off before. But his play on field is good.

The analytics say Wagner had a solid season last year, especially after he returned from injury. Scottie detailed that in his story yesterday. 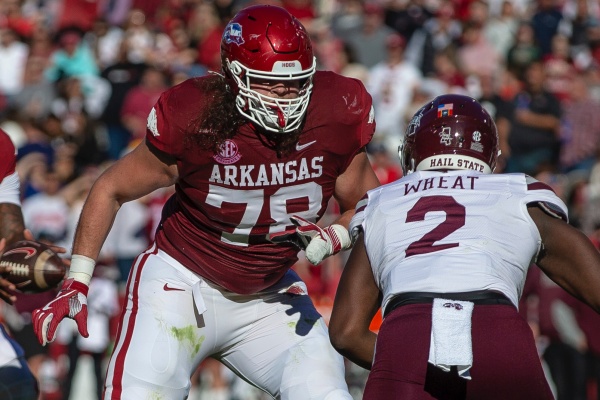 Game No. 42 of Dalton Wagner’s career will likely feel a bit different than the others.

I read that before posting.