Interesting info in the Tom Murphy article from today. The Hogs are one of two teams (the other was unnamed) Wade and the LSU staff spent extra time studying in the off season. When discussing last year’s Hogs, Wade said, “I felt they got the best of us both times”, and “I thought they were a little better than us”. Also interesting was that he said, “We kind of had a pretty good formula against Mike Anderson when he was at Arkansas”.

This is how it should be for Hog basketball…… other teams spend extra time preparing for us.

Of course, it is nice to have a staff on our side that prepares this way for every opponent on the schedule. 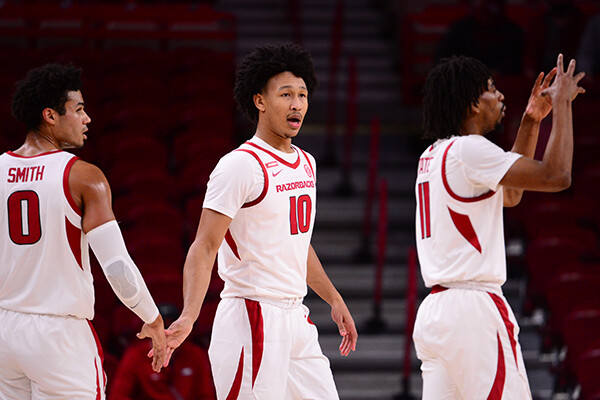 Will Wade is impressed by the work Eric Musselman and his Arkansas staff put in remaking their roster and acquiring talent via the transfer portal.

This will be a fun game tonight, time to make Wade sit down and study our Hogs a second time.

LSU game has always been fun. It has never been one of those Virginia style games

Wade won the skirmish going away. Bested Us in every phase of the game. No contest

I would agree with that. Tonight was a night I thought we also got out coached.

What I saw was that they picked us up at 3/4 court every possession and didn’t allow us to run any offense, much less let us do what we do best, dribble drive and either score or get fouled. They took us out of our game.

Wade must have figured something out. LSU went on a 40-6 run in the first half. That has never happened in the history of Arkansas basketball, has it?

Well, the honeymoon is over for Coach Musselman. Now, what?

Kind of like NBA games. I remember a lot of Lakers/Celtics games where the home team won in blow outs and lost blowouts away. I could see this flip flop in Fayetteville.

What if we had been on fire hitting 40% of the 3’s we jacked up in the first half? No I haven’t done the math.