Vitale coming to the Bud 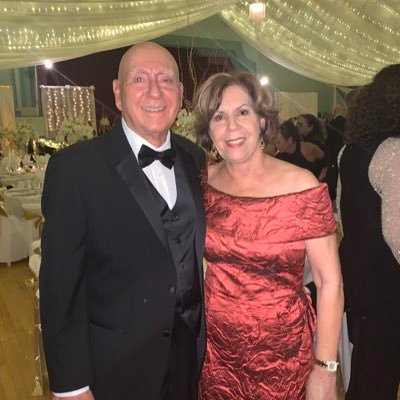 @EricPMusselman Eric should add a 4th P = POINTS ! Will see u Jan18 for @KentuckyMBB game /

I know a lot of you don’t like Vitale but this is more national publicity that won’t hurt. Sign of our resurgence.

Vitals is a complete has been moron! He has a bad case of diarrhea of the mouth at the SEC tournament a few years ago about our players and team and never mentioned the junk Monk did! A two faced announcer that shouldn’t be at mic!

Very happy to have him coming in seeing as how he is generally assigned games that matter.

Vitale has been mailing it in for years. It’s clear he doesn’t really do any homework. Can’t stand listening to him drone on with the same tired cliches and have actually turned off games I might have watched. Will watch with sound down.

CBS gets the top SEC game that day and CBS chose Auburn vs Florida. ESPN gets the rest.

That day as of now, ESPN is covering only two games involving Top 25 teams. Kentucky vs Arkansas and a Top 10 matchup Duke vs Louisville. I am surprised Dickie V is not covering the Duke game. Is Dickie V no longer the A team for ESPN?

Is Dickie V no longer the A team for ESPN?

No, and he has not been for a while. The No. 1 analyst on ESPN is Jay Bilas.

A national-exposure game … and the announcer will be in love with our opponent.

Oh he will be gushy Kentucky Blue the whole game to the point of making you want to vomit.

Never felt like he had much respect for our program and wonder if it just had to do with coaching. Maybe now with CEM he will start to give us some props, especially if we beat UK.

Yes but I can’t stand Vitale!

If that is true, Dick praising Anderson’s work at St. John’s does not compute. He has even talked about it during his commentary of other games.

His commentary at the SEC tournament and the way he talked about Kingsley and called him a mouse was uncalled for! He totally ignored the junk Monk did and he continued to ramble. The refs were just as bad with the SEC’a own Stinkey at courtside! The hogs were playing 5 against 8!
Vitale is a complete joke!

Got me pjhawg…was just spit balling a little on what might be the case but will say that several of my fellow Hog buddies have felt the same way. Like there was always this feeling of he didn’t think much of our coaches or the program or whatever when you listened to him talk about us for a while now. Glad he is coming and will certainly take all the wonderful things he says about our program moving forward because it can only help, especially in recruiting!

I wonder how many times he will say " Diaper Dandy" when gushing over a KU freshman?

I know the man has his faults. He does not age like fine wine. I remember well the Monk nonsense. I can’t help but love the guy though. In the early days of ESPN I was able to call the studio in Hartford or wherever it was, and get through to him. To his credit, he would not immediately hang up on me. He’d talk hoops with me for about five minutes then politely excuse himself. This happened more than once. Same thing with Boomer. I can never hate either one of those guys.

I know the man has his faults.

Second, he’s friends with just about every coach in the country, and he’s not going to call out his friends for, say, using a shoe company as a bagman to buy players. That’s what irritates me about him, not the announcing schtick.

I hear ya but a lot of people respect his opinion. If he comes here and we rock the place out with a W, it would be tremendous for our program nationally. He’ll mention AR every week when he calls a game. This is a good thing.

I got tired of him a long time ago, but I’m glad he’s coming. He’s a legend.

Anybody know the last time he was in BWA?