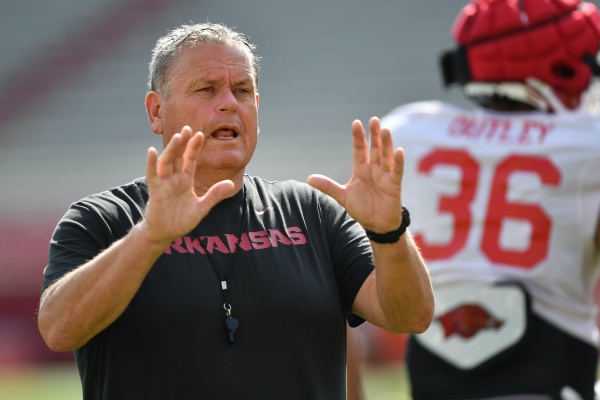 Hear from Sam Pittman as he discusses the Razorbacks' preparation for the upcoming preseason camp. 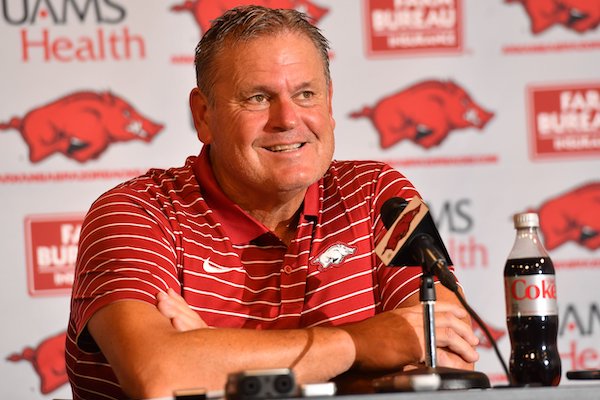 A great 33 minutes with Sam. It seemed more like 3 minutes. I could listen to him all day.

Who’s the top two at LT?

I think Luke Jones is No. 1 at left tackle. I’m not sure who No. 2 will be there. It might be Ty’kieast Crawford, although he is going to be looked at mostly on the right side during preseason camp. Andrew Chamblee and Devon Manuel worked at left tackle in the spring.

Who’s the top two at LT?

Unless I missed it, no one asked Sam about the LT spot. They did ask him about Crawford and he responded that they’ve decided “at this time” they were not planning on playing him on the left side in fall camp. Sam said he will be playing at both RT and RG. Sam also said where he plays the most will depend somewhat on Wagner’s health.

They also asked Sam who he thought probably stood out the most after summer strength and condition work. He was pretty quick to throw out Limmer’s name. Called him a freak.

Sam said a lot. No way I keep up with it all. One thing I did hear and I perked up when I did was that we looked like and ran like an SEC team. That has rarely if ever been the case. That is bug for me. We know these guys can coach.

Yeah I heard him say they were going to look at Crawford right tackle .Right guard maybe at left tackle. LT is such a crucial spot, Maybe Jones can do it I only saw him in the spring game he got beat a couple of times pretty easily, didn’t look real aggressive or real agile but he seems to be the man who’s going to get the best shot at it so he needs to get it done because if he or somebody else doesn’t KJ is going to have a tough time.
Yeah Limmer probably is our best run blocker him and Stromberg when they double team somebody they disappear he is incredibly strong