Jon Williams posted a link to this on Facebook. He noted that they were showing some of Verne’s famous calls on Game Day. He said this one was his favorite. 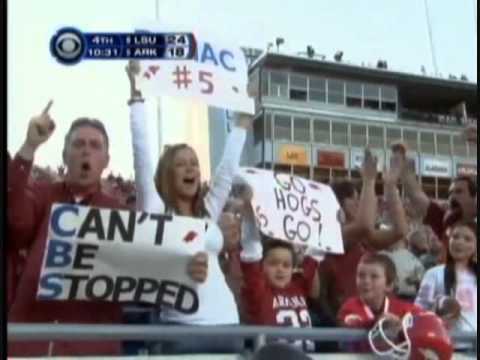 I probably watch that at least once a month. And the 80 yarder against the Poultry in RRS. 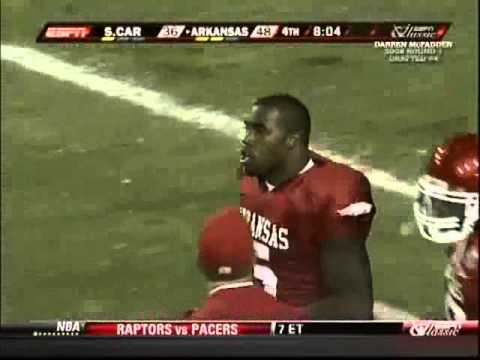 “They haven’t touched him. And they won’t.”

I think that is the loudest moment I’ve heard at War Memorial. I think it was louder than the Miracle on Markham play.

OL play back then is soooo much better than now, they fired off the ball and got to the next level beautifully and why he never got touched,but that boy was ffffaaaassssttt.DMac and Felix the fastest 2 RB tandem in History! Their speed was just soo much faster than anybody we have had since.

I think that is the loudest moment I’ve heard at War Memorial.

I’m a little older than you, and I missed the shootout with Cougar High in the Hatfield era, but the loudest I ever heard was after John Goodson’s tying field goal attempt in 1979 fell short and the seven-year losing streak to Texass was over. And I was at both Miracles, the 06 LSU game and the 80-yard bolt to Cobi Hamilton before halftime of LSU 2010.

I think I got the embedding right here, 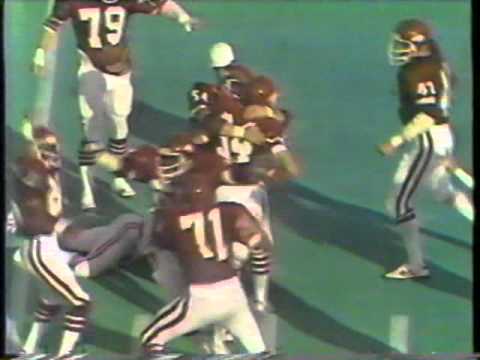 But the loudest I’ve ever heard at any Hog game remains the wheel route to Ronnie Wingo in the Bama game in 2010.

Alabama QB Greg Mcelroy was asked about the loudest stadium he never played in and to everybody surprise he said the game in Arkansas in 2010! what an absolutely incredible atmosphere.

The '79 win over Texas was the loudest WMS crowd ever.

I’m with Swine. I was at the 79 Texas game and the 2010 bama game. Loudest crowds I ever heard anywhere.

And we stayed in the stands and celebrated with our players for a long time after the game. Still gives me chills.

Remember it well! Was Awesome!

I wasn’t sure the east stands, where I was sitting across from the student section, weren’t going to crumble from the sound and the vibration of everyone jumping up and down when that play hit.

One other notable noise play was the fourth down against Ole Miss in '16 when Santos Ramirez laid the wood to Mutant Chad Kelly and knocked the ball loose. “You can actually feel Razorback Stadium shaking under our feet right now.:”

Hope and Pray we can get back to those crowds and excitement!

the game in Arkansas in 2010! what an absolutely incredible atmosphere.

All right! Finally, I get to say, I was at that game. I was in the student section. There was a tremendous amount of energy there. I still have my t-shirt with the fight song on the back from that game.

I was at the Hog/Houston shootout when Quinn outdueled Ware. That was the loudest I ever experienced. My ears rang as I left the stadium…

I still say Darren could have had a very good NFL career if he had not been stuck with the Oakland Raiders. I remember one stat that showed Oakland being LAST in the league multiple times in average yards gained before the RB (any RB) was touched. Their o-line was just atrocious by NFL standards…and they also insisted on running some zone schemes that didnt really suit Darren (that is partly on him).

Bottom line, I get pissed when I hear people call him McBust. Put him somewhere else for his career and we would have been a damn good NFL RB IMO.

I still say Darren could have had a very good NFL career if he had not been stuck with the Oakland Raiders.

I agree, and I’ll even add that he gutted out–dare I say, even willed himself–a good career, given the injuries and setbacks he had to deal with.

Bottom line, I get pissed when I hear people call him McBust.

He rushed for 5421 yards in the NFL with two 1000-yard seasons. There have been a lot worse backs on a lot better teams.

I wasn’t there, but I’ve heard people say the loudest they ever heard was the A&M game in 75. The loudest I think I ever heard was at WMS in the 98 UK game. (Mike Leach agrees). Hard to know if it was louder than Bama in 2010.