Vance Jackson has committed to ECU

Forgot to post here after I published, but Jackson announced he had committed to ECU about 12:15 a.m.: 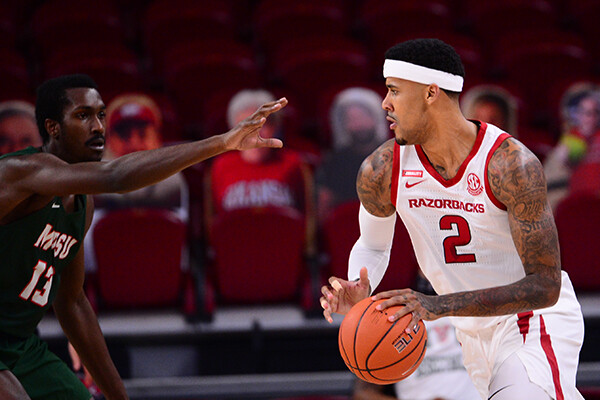 That is why I feel the portal should be closed and we should return to the former rules on transferring. Close doors and open books.

That is why I feel the portal should be closed and we should return to the former rules on transferring. Close doors and open books.

That would mean restoring the power to the schools and coaches and players have to beg to get a transfer authorized, I bet there is at least one coach vote to not go back. Muss.

The portal has not changed the transfer “rules” one bit!
Due to covid, the NCAA decided this past season didn’t count as far as eligibility and players could transfer without penalty.
Other than that, the portal only serves as a way for potential transfers to let EVERY program know they’re free to be recruited.
Those who keep saying the portal contributes to players leaving are perpetuating a myth and are misinformed.
It’s like you’re saying people are dying because there are funeral homes.

That boy is gonna get some shots up there.

I think he is talking about the rule where a player no longer requires a release from his school before entering the portal. I believe creation of a portal coincides with that rule change.

Considering we have a coach who takes pride in being the Transfer King, I’d think a Hog fan would be fine with it.
Can’t have it both ways.

Those who keep saying the portal contributes to players leaving are perpetuating a myth and are misinformed.

But we have some people who are in favor of indentured servitude, or worse. You’re committed for 4-5 years and you have to work for peanuts; meanwhile your coach can change jobs 4 times in those 4-5 years if he wants and make millions.

Working for peanuts? You must be joking…you get a free education all the while being pampered and having tutors help you get through school. The value of a college education and the increased earnings potential from a degree are massive.

Nobody said these athletes had to play. They can stay home and go to work at Wal-Mart bagging groceries. It is a choice.

I can take care of the coaches salaries easily. Require them to be 100% paid by their employer.

You people absolutely amaze me. We have a $125 million business at UA built on the efforts of these kids, who have been getting screwed over at least since the NCAA and the conferences started signing billion dollar TV contracts. If you are absolutely essential to a $125 million business and a multi-billion dollar industry, a $40,000 scholarship is PEANUTS and anyone who doesn’t realize that is drinking the NCAA Kool-Aid.

Back to subject at hand. Vance saved the best for last. Transferring to one of the top party schools in the nation.

Transferring to one of the top party schools in the nation.

I’m working in Greenville next week. Probably can’t get invited to one of their parties though.