Dave Van Horn is SEC coach of the year and Kevin Kopps is SEC pitcher of the year.

Cayden Wallace and Peyton Pallette are on All-SEC newcomer/freshman teams. 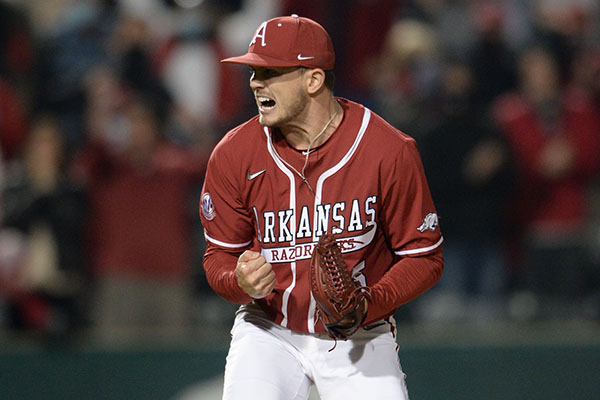 Awesome news. Amazing for A LOT of reasons, but man I am so happy for Wicklander.

Edit: No Battles on all-defensive team surprised me a bit.

No Opitz on the all-D team either. But I guess they couldn’t give us all the awards.

Surprised DVH wasn’t co- coach of the year with Childress from aTm.

Totally ridiculous he’s not on there, I have watched all of them and he’s the best, haven’t seen him miss a ball he should have caught all yr, hasn’t thrown as well but definitely should be all SEC

Opitz is a victim of too many Razorbacks that did well. I imagine his Batting Average held him back. No one is a better catcher than him behind the plate.

Dunhurst from OM is a great player but IMO nobody controls the game better than Opitz, love how he interacts with the pitcher, exhorts them to do well even if it’s a ball… very special player,We will really miss him next yr,coach on the field. Leach will be good but is a couple yrs away from being close to Opitz.

Teams ran at will on Dunhurst and stole 40 of 54 bases against him. He’s a head scratcher on the defensive team.

Casey’s not only the best defensive catcher in the SEC, for my money, he’s the best in the whole damn country! He was straight up robbed. And, quite honestly, I think Franklin, Slavens, and Battles were disrepcted as well. I hope they all use it as motivation. Go Hogs!

During a SECN baseball game this year (not the Hogs) one of the announcers kept calling a catcher the best defensive catcher in the SEC. I was livid. Wish I could remember who said that and the catchers name.