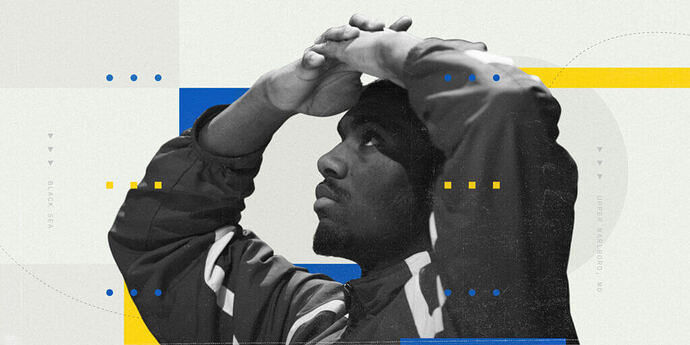 'We're going to get you out': A U.S. basketball player's terrifying escape...

Creek's incredible Ukraine escape was thanks to a man he'd met just once, for a few minutes, at a basketball clinic in Pennsylvania.

What a story. The sadness of war is terrifying. Prayers for this young man and Ukraine.

Not surprised he found help there to get out. So glad he did.
I’ve spent a lot of time in Ukraine for business & vacations/pleasure. Hard working people that take a lot of pride in everything they do.
Have many friends there, just a dam shame what that neighbor tyrant is doing to that country. Hell awaits that man!

Violating another country’s drug laws (Brittney Griner is accused of carrying vape fluid containing hashish oil) is never a good idea whether there’s a war on or not. And her sexual preference doesn’t help her either (Griner is openly lesbian, married to a woman, and Russian law does not forbid any form of discrimination based on sexual preference).

The Britney Griner situation is a classic impossible situation for US administration. Ordinarily the State Department works out some kind of trade-off/agreement to get the US citizen returned. But in a war situation where we are supporting their enemy, probably nothing to be done which would be palatable.

Would the US give in and eliminate some sanctions, or cut aid to Ukraine in order to help a single citizen? Or “sacrifice” that one for the greater good?

And it doesn’t even address the question of whether she is really guilty, or was set up.

Was Griner the only American on that team or in that group. No matter what she should have access to someone from the embassy. If anybody still there.

The Britney Griner situation is a classic impossible situation for US administration.

The Britney Griner situation is a classic impossible situation for US administration.

Even though quite a bit of time has passed, wonder if somewhere, Jordan Barncastle isn’t enjoying Brittney Griner’s conundrum … just a little bit.