Urban out in JAX 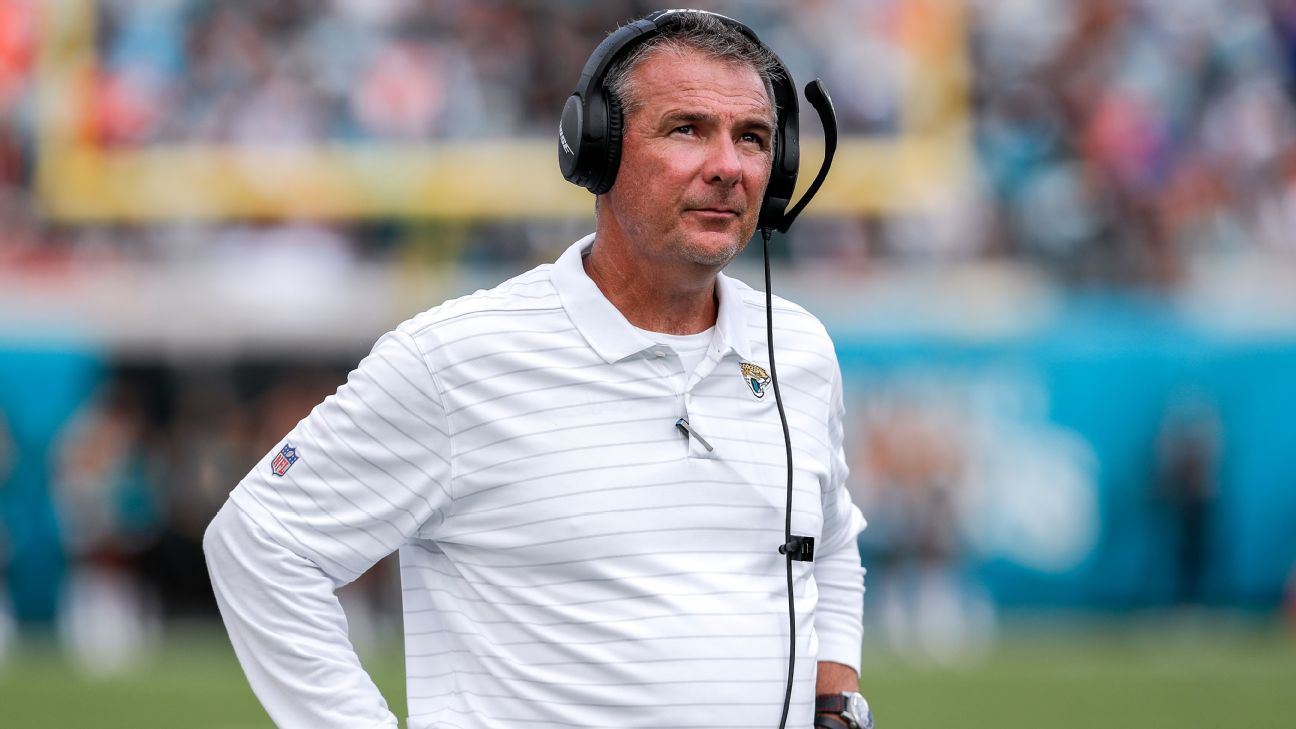 The Jacksonville Jaguars have fired head coach Urban Meyer, bringing an end to a one-year tenure filled with missteps on and off the field.

That whole experiment was a hot mess! I figure Urban is done at this point.

I’d say Urban is a hot mess at this point. Ego run amuck.

This one was pretty easy to see coming.

He’ll sit out a year, come back to college, take a team to the playoffs, then rumors of the program in shambles will come out, and he’ll claim health concerns and step down.

We’ve seen this movie before. I have no interest.

I think his football career is over, whether college or pro or as a TV talking head.

Meyer brought all this on himself.

You know, pj, I try to believe in the power of redemption in the world. It may be that this is the best thing to happen to the guy, and he just learns that the world does NOT in fact revolve around him, and that his actions brought so much shame to his wife and children. I genuinely hope he learns that.

The problem is that I think he’ll get offered a decent job somewhere of the caliber of a North Carolina State–perfectly fine program, and as he’s bringing that program into the top 10–which he will because he can still recruit like crazy–he’ll forget all about this calamity and end up in the same place again.

For his own benefit, I hope you’re right.

The problem is that I think he’ll get offered a decent job somewhere of the caliber of a North Carolina State–perfectly fine program, and as he’s bringing that program into the top 10–which he will because he can still recruit like crazy–he’ll forget all about this calamity and end up in the same place again.

Come to think of it, you maybe right. I can see above scenario playing out.

All the bad character stuff that supposedly happened in the last six months, coupled with all the stories that are out there about prior incidents, probably makes Urban radioactive even as a broadcast analyst for next year. Somebody might take a chance on him after that for tv.

I don’t see him getting a Power Five job, probably ever, but certainly in the next three years. An FCS school or a low tier major might take a chance after two years, but the optics are just too tough for a Power Five school to hire him in the next few years.

He and Tebow can go off and cry together…

Oh I bet somebody looks at his record at Utah, Florida and tOSU and decides the radioactivity is worth it.

This same stuff probably happened in college. No one cared because he was a ‘winner’. He needs to retire!

He has 3 natties and, unless a complete moron, a ton of dough. I get it that some folks just wanna keep working but color me surprised if he gets back in it after all he’s been through.

Not what he’s been through. What he’s put his family through.

What’s the line in Vegas?

What’s the line in Vegas?

To coach again in college again or not?

Probably wind up at Texas after they fire Sark.