Hmm, that’s funny, my kids said the TX kids basically were there for a good time and didn’t keep up in class.

Yep, sounded like the typical Texass bragging to me. Let’s compare apples to apples, not apples to oranges.

No doubt many from TX & AR get sidetracked, especially those in the campus Greek life, who partied a lot. That was true when I was in college there in the '80s.
Based on my son & others locally who went to UofA, bragging was not the intent.

We tend to get more out of school if we put more in to school, maturity and expectations weigh heavily in the equation.

I was not aware that Richmond was a private school, thanks for that clarification.

We were interviewing a new provost at my college a year or two ago and a candidate talked about this being the wave - public schools setting aside part of their endowment to make financial aid irrelevant for their students. That was what got me interested in the subject.

I’m glad the UA is growing. Especially since the national trend is for enrollments to shrink. But it takes a lot of money to handle this many students. It’d sure be sweet if some of the super rich in our state came up with several hundred million to transform the place. The Walton family donated $300M back in about 2000. A huge sum, but not much compared to their wealth. I know they’ve contributed many other times so that their total donations probably approach or surpass $500M.

Regardless, it’d sure be nice for another $500M or $1B to come to the school to help cover tuition, build dorms, Greek houses, classroom buildings, etc. It’d be nice to buy Fayetteville High or a bunch of the properties north of Maple and between Garland & Greg.

The Walton Charitable Trust made a transformative $120M gift to the UA School of Art back in 2017. The UA made a bid to buy Fayetteville High School and property back in 2008 but the two sides could not come to an agreement. The high school has since been renovated, so sale of the facilities and property would seem unlikely.

Now that you mention it, I remember the Waltons making a large gift to the School of Art. Didn’t remember it being that large, but that’s the kinds of gifts I’m talking about. I imagine the Waltons are the only family who can make a gift that large. Even the Hunts, Tysons, et al would probably have a hard time giving something as large as that in one fell swoop.

The Walton Family Charitable Support Foundation gave $194 million in 2020 for the Institute for Integrative and Innovative Research on campus, which capped off the Campaign Arkansas program at a total of $1.449 billion. Of that $1.4B raised in the campaign, 32% went for capital improvements, which would include things like dorms. That would be $463 million for capital improvements if my math is correct. The largest total was 37% for scholarships and student programs, which would be more than $500 million.

I was totally unaware of that. I don’t know how I missed it. The $300M gift in 2000 was highly publicized and became part of a $1B fundraising campaign project. That was highly publicized. Anyway, I’m glad to know they’re giving as much as they are. I don’t want to appear ungrateful for what they’ve done, but I also know what the UA could become with $2B or more in gifts over a year or two span.

Hey, Steuart and Tom Walton are building a bike path thru campus, best I can figure is it is messing up some tailgating areas north and northeast of the stadium!

Speaking of Walton grandchildren, did (or do) any of them attend the UA? Seems like Jim Walton (or was it Rob) is a UA grad, but I don’t think the other Walton kids attended the UA.

DFW is feeding UofA enrollment & with the metroplex planning to eventually reach 20M population so expect that UofA will be on the shortlist for many HS students over the next few decades. TX currently has only a fraction of needed college space to accomodate current & future demand. Hopefully much of that $ will come back to UofA & to Arkansas.

Perhaps Jerry Jones wil donate a portion of his $11.8B net worth for dorms - especially since he is such a die-hard Razorback. He has already generously provided for the Student Athlete Success Ctr. Otherwise Waltons, JBHunt, & Tyson could help out IF UofA is allowed to grow.

Regardless of growth or not, UofA needs to double its dorm capacity. There is land set-asside for 2 frats (on Stadium Dr) & 1 sorority (on Maple) plus the closed/condemned dorms Gladson/Ripley & Buchannon location, assuming they have not reopened. The parking lot north of RRS could also accomodate 2 large on campus dorms on top of underground parking garage. Otherwise, land north of MLK on either side of Razorback Rd could be put to use.

Too bad that the purchase of Fayetteville HS did not happen. At $50M, that now looks like a bargain.

The construction for the Institute for I & I Research on Dickson is well in progress. The just completed Student Success Ctr just north of Ole Main is a great addition to campus.
https://app.oxblue.com/open/universityofarkansas

When I was last on campus (just a few months ago), I was impressed with some of the new construction. The new building between Old Main & Memorial Hall (once the Student Union & what I still want to call it) has that classic limestone look of some of the older UA buildings.

Too bad that the purchase of Fayetteville HS did not happen. At $50M, that now looks like a bargain.

Amen. I agree with those who say that’s probably no longer an option. Would have been great for the UA (& probably not bad for FHS).

Regardless of growth or not, UofA needs to double its dorm capacity.

Agree with that, too. Perhaps more than double. Holcombe & Futrall Halls should probably be razed. Holcombe might have some historic value, but I can’t imagine we need Futrall for anything. It’s old & small. Same with Gladson/Ripley etc that sit between Yocum/Humphries & the frats on Stadium Dr. (While we’re at it, it’s probably time for Yocum & Humphries to come down, too. I doubt they can be remodeled well enough to bring them into the 21st Century.

Doesn’t Humphries lack A/C? That was the case 25 years ago and not sure how you retro-fit for that.

They finally added AC to Humphreys. Humored to see the endless empty phone booths still in the basement of Yocum when my son was there in '16. Both Yocum & Humphreys look worn out on both the inside & outside. 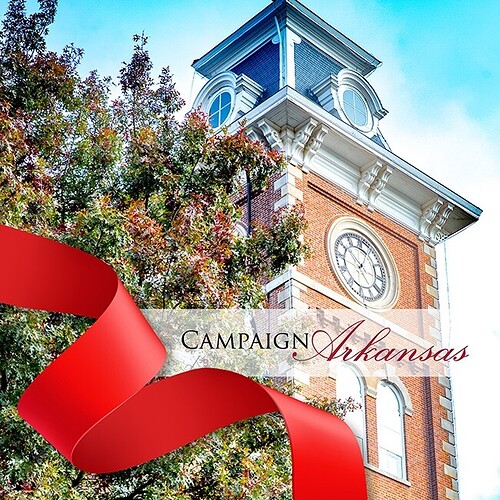 I guess I slept through all that. But as nice as $1.45B is over the course of 8 years, the Waltons have enough to donate that on a slow Tuesday & they’d never miss it.

I think they do a pretty good job of donating money to the university. How many of you wanting to spend someone else’s money have ever donated to any of our Capital campaigns over the last 20 years, much less pay your alumni dues?