The growth is such that the City of Fayetteville has requested UofA add new dorms to meet the demands of growing enrollment. 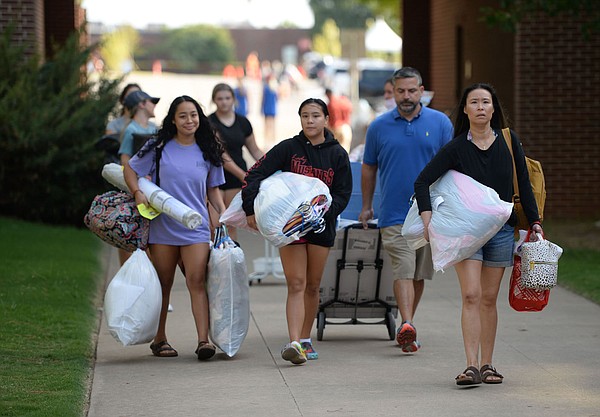 The freshmen are coming. So many, in fact, that on-campus beds at the University of Arkansas are full and about 900 college students will have to sleep off-campus at nearby complexes this fall semester.

My son lived on campus as a freshman in 2009-10. But sophomore year there were so many freshmen that the live-on-campus requirement basically filled the dorms, so UA contracted with an apartment complex near Baum and that’s where he lived as a soph, because UA had nowhere to put him. And that was probably 10K or more students ago.

I’m hearing that they are still signing housing contracts today. That some students are being temporarily housed off campus in hotels. RA’s on each floor have roomates this year. Also converting some open areas with curtains temporarily to house students. . . .

Was not a big fan of Chancellor Steinmetz, but agree with him advocating more dorms since students in dorms on campus improve the student retention rate & their academics.

If UofA has a great year in football & basketball, expect that new student applications & enrollment will grow signficantly in upcoming years.

With UofA being selective with out of state enrollment based on student grades & SAT/ACT, that is a big win for The University’s academics & helps to subsidize costs for in-state students.

With UofA being selective with out of state enrollment based on student grades & SAT/ACT, that is a big plus for The University’s academics & helps to subsidize costs for in-state students

It doesn’t help that much with the costs because of the tuition waiver. As I understand it, if your grades are good enough they waive anywhere from 50% to 90% of the difference between in-state and out of state. It used to be limited to neighboring states and Georgia, but now it seems to apply to any state, although the waiver is not as high for Pennsylvania or California as it is for Texas or Oklahoma,

I just ran the numbers on the tuition and fees estimate page at the UA website. If you’re non-resident and don’t qualify for the waiver (say your GPA was 3.1), tuition for 15 hours this fall in Fulbright College is $12,709. If you qualify for the 90% waiver, it’s $4,720.

But yeah, if you’re getting a kid to come here from Pittsburgh or Denver with a 3.80 and test scores to match, that helps the academic profile.

It doesn’t help that much with the costs because of the tuition waiver.

With out of state tuition & fees approx 3 times the cost of in state students, the waiver is not that significant after the 90% or 80% levels:

There are no cost breaks for room & board. Additional enrollment also lowers per student overhead & fixed costs for the university. Those getting out-of-state breaks still must maintain their GPA or otherwise lose those waivers.

Don’t overlook the academic benefits to UofA by incentivizing & pursuing out-of-state high achievers. That is how ut maintains its high academic rankings in Texas at the undergraduate level - thru acceptance of only the top 6% Texas HS students.

I wonder how many students lose their waivers?

I wonder if a proper comparison of tuition paid for in-state vs. out-of-state should consider the merit scholarships that in-state students get when having the same test score / gpa as the out-of-state.

My son & almost 200 of his high school classmates in Plano went to UofA in '16 - '20. The universal comment that I heard was that they were surprised at how far behind the Arkansas HS students were academically vs those from Texas & elsewhere. That may in part be due to the mostly top 20% - 50% out-of-staters who were applying to UofA. Hopefully the university academic environment & being around high achieving student body enables everyone to graduate from UofA with the same high level of education. My son & others stated that they they got a great education from UofA - at least from Walton Business School.

It will go down a little next year. The UA got caught by surprise with the ESPN affect. High profile finishing in the main sports got more interested. They never turned off the “auto accept”

I suspect what you heard is close to being correct. Arkansas continues to play politics with education thinking somehow another Walmart will drop from the Milky Way. Education expenditures in Arkansas are among the nation’s lowest with the surrounding states including Mississippi and Oklahoma providing higher salaries for classroom teachers. You cannot do this decade after decade and expect public schools to meet the educational challenges necessary to graduate high achievers across the board.

Unfortunately difficult to attract new companies & businesses to Arkansas when the education system is among the nation’s lowest. Doesn’t help with the high crime rate & high taxes (except property tax). . The state needs to retain the students who go elsewhere to seek higher paying jobs after graduating from UofA. Perhaps that will eventually change, but the state needs a big influx of money & good paying industries.

Seems that Tennessee & Texas are able to attract the high paying industries per no state income taxes.

Problem in Texas is that the property tax rates for a home here are 3 times that of Arkansas. With property values skyrocketing lately, no one can afford to retire here.

The next innovation in higher education for UA to figure out - 100% needs based expenses. Some really impressive public universities have figured out how to keep any student from having loan debt for their basic education (students want a supplemental loan…that is different). 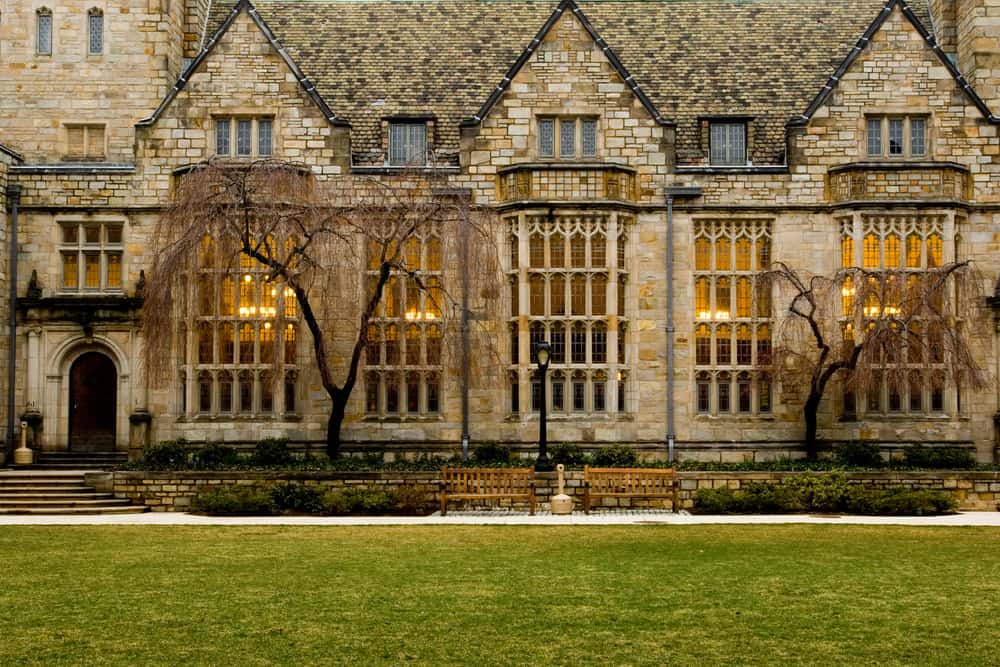 UNC, RIchmond, Virginia, Michigan. I’ve heard that a lot of other public schools are trying to make this work (depends on getting the endowment set up properly, and, well, nicely endowed).

TN has rented an entire new HI Express as a dorm to house overflow of new students. (TN also has a nearly 10% sales tax in lieu of income tax.)

Univ. of Richmond is a private university. Michigan meets 100% need for in-state students but not out-of-state students, who are a full third of enrollment. Many universities meet 100% need via student loans. Harvard has 40% full-pays at an inflated tuition rate, so it has money to shift around for financial aid for others.

agree with him advocating more dorms since students in dorms on campus improve the student retention rate & their academics.

I am a huge fan of students living on campus. That is probably because I went to a small college (Hendrix) where almost everyone lived on campus. I lived off campus one year, came right back the next year.

My youngest went to UA from 2014 - 2020 (undergrad and masters). He was on campus only for his Freshman year. I was disappointed he went off campus so fast, but, I don’t know that he had a choice (he wanted to go off campus anyway, over my objections!)

When my son was deciding where to go, we visited Vandy. I loved it (glad he went to UA, but I did love Vandy). One thing I loved about Vandy was almost everyone lived on campus all 4 years.

they were surprised at how far behind the Arkansas HS students were academically vs those from Texas & elsewhere.

My son and about 8 others from Conway all went to UA’s Honor College. They all did VERY well. That year, most of the top scholarships went to kids from Conway. What you say about Arkansas kids may be true for the the non top students, but for the kids that did well in high school in Arkansas (AP courses, high gpa, high ACT) they were very well prepared (IMO).