Coaches selling endorsement possibilities to recruits. Do we really want that?

Coaches lining up boosters to be able to guarantee even second teamers endorsements. Some schools could likely could make that promise where others couldn’t.

The list of possible unintended consequences is long and scary.

When money gets involved…then it’s all about the money.

As a certified old coot I just SMH.

I fear to the NFL in general and the advertising industry and the TV business, this will be part of the intended consequences.

The rich will get richer period. Take southern cal, or Texas a and m, or Bama, LSU etc. schools in big metropolitan areas, or schools w lots of big money backers that will do anything to win, coach or representative says we have these sponsors lined up for you. Or we’ve lined up a car dealership sponsorship. You’ll be driving this jag, or this truck etc. you’ll be on tv commercials, free steaks for this restaurant. Why come to Oregon and we’ve got Nike.

Marcus Elliot on drive time endorsed this whole heartedly. Says it goes on now anyway so why not. If this thing is not stopped or the ncaa puts limits on it, whatever goes on now pales in comparison to what’s going to happen if this passes.

Ncaa might have to say, abide by our guidelines whatever they may be, or you are out of ncaa. Then we might see the power 5 schools leave the ncaa

California, well is anyone surprised this legislation came from them. Idiots

Too many people see everyone as a victim. Hard to see kids getting an education, room and board paid for as victims.

I would agree with you Richard, if in fact, the education part was real.

if in fact, the education part was real.

It’s as real as the “student” athlete wants it to be… sadly, a lot aren’t that interested in putting forth the effort to make it real.

Depends of you still consider these young adults as student athletes or call them University employees. Amature athletics are going the way of the Dodo. But this is Arkansas. We won’t commit to compensating players like a lot of states are alfeady doing. By the time we do, it will be about ten years after everyone else has.
.

If the NCAA allows endorsements Arkansas and every school in the country will get into the game. No choice.

I agree Richard, and NWA is a rich field for payments with the huge businesses there now days. In my day, Arkansas was Alcoa and Reynolds and few others.

From what I understand, multiple other states involved and trying to get this passed and SOONER than 2023…can’t blame it all on California.

Even as recently as the 60’s, the education value of a football scholarship was worth much more than the prospect of becoming an NFL player. In those days a good student who was also a great football player could make as much or more by becoming a doctor, lawyer, engineer, etc as playing in the NFL. That seems to have changed when the AFL & NFL started bidding against each other. Joe Namath signed for the NY Jets for the unheard of sum of $400,000, as I recall. Of course, that was Joe Namath a phenomenal QB. $400,000 in the 1965 is the equivalent of about $3.2M today. How does that compare to a first or second round QB draft pick today?

Personally, I’d like the NCAA to stand pat, give the players some reasonable compensation, and let the NFL draft kids straight out of high school if they’d rather play for money. Let the NFL form some sort of rookie league, but forbid itself from drafting any player who signed with a college until he’d been 3 years out of HS–the way baseball does it. (Yeah, I know. Might as well wish for unicorns & fairies if I’m expecting that to happen.)

Maybe we’ll all get accustomed to the changes & be quite happy with them, but I kinda doubt it.

The author had a good recommendation:

Exactly what I saidafew days ago. “If you sign with us, we will guarantee you an endorsement deal with one of our boosters of at least (blank) dollars.’ Even third or fourth teasers for the big school will be getting big bucks. We will have to find the boosters to play the game or drop out

As said by others, the rich will get richer.

If this happens, it’s the end of college ball as we know it.

Once you do this, the discussion is about the amounts allowed which will always go higher and you have just created another professional sport and eliminated the collegiate one we know.

The collegiate sports I once knew are already gone.

College football is doomed, they said (50 years ago) 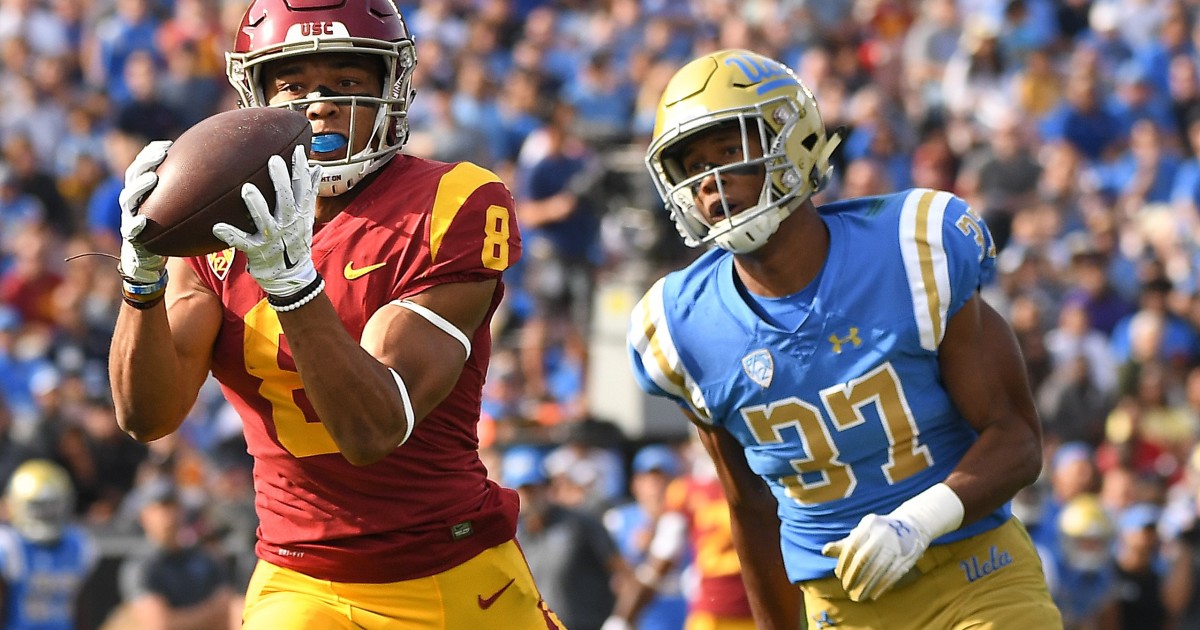 NCAA sports are doomed, they say. Yeah, we've heard that before

Some NCAA and college officials are predicting doom for sports programs in wake of new California law enabling athletes to receive payment for use of their name, image or likeness. They said similar things 50 years ago, about Title IX.

Let me add to my note: I realize the old SWC and others were quite corrupt and money did in fact change hands often. But the money was under the table and some schools actually were clean. Soon it will be an open market.