UNC has already had four COVID-19 clusters on campus

And they’ve only been back a week. Which I think is what everyone has been expecting once the students returned, and why some schools are still online only. The UNC newspaper came up with a one word description of the situation which is not suitable for this board.

And sure enough all undergrad classes at Chapel Hill are being shifted to remote learning effective Wednesday. We’ll see if that affects anything the ACC does about football.

Here are some links: 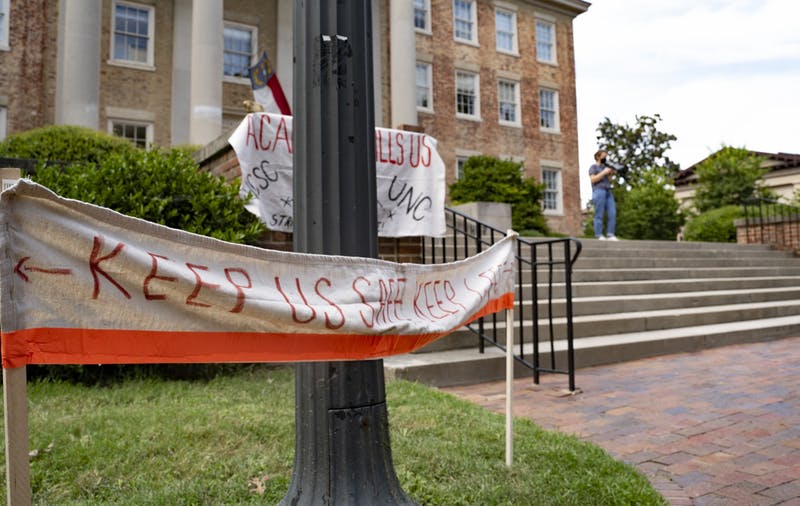 Editorial: We all saw this coming

"The administration continues to prove they have no shame, and the bar for basic decency keeps getting lower." 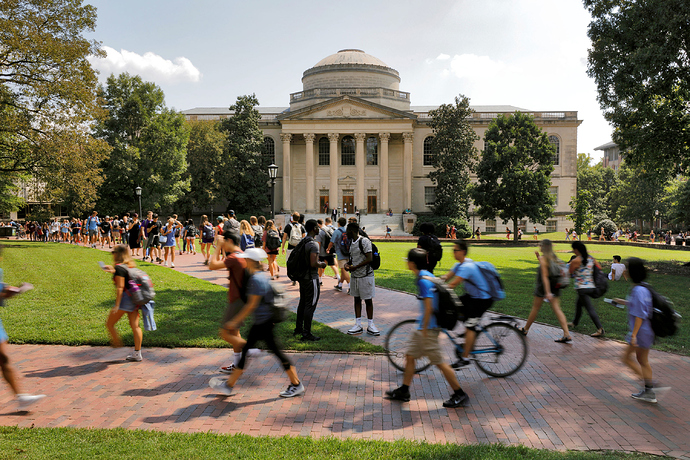 "As of this morning, we have tested 954 students and have 177 in isolation and 349 in quarantine, both on and off campus," the university said.

The headline on that DTH linked editorial is the one that is unsuitable for this board.

Well, by any definition, there’s a cluster of some sort or another

My son is a former Editor of “The Daily Tar Heel” and congratulated them on the editorial people have referenced. In-person classes have all moved to online, and they expect most students to leave their dorms (with a pro-rated refund), but there is no requirement that they do so. It would seem bubble-like and weird for football to be played on a campus virtually (no pun intended) without students, but so far no one is acting like this affects football one bit. I did make a sick joke to my wife that the argument for football health-wise was that football players are no more at risk than the rest of the student body and given all the clusters at UNC among that student body it is such a high bar that it would be hard to argue that this is not the case.

Yeah no doubt they are way safer on campus than at home. I was listening to talk radio this morning and I believe it was Greg McElroy said it’s unbelievable the facilities these schools have to safeguard against the virus. He said that the average fan could see what is set in place,they would have no problem understanding that they need to be on campus.He said it really is unbelievable what they have set up.

and for that reason, I just can’t beliveve that the Big 10 and Pac 12 have given up their seasons. That makes NO SENSE, other than political nonsense, at all. literally no way to justify stopping the season, under the guise of “covid health”, when all evidence shows that players are MUCH safer with their teams.

The decision not to play is going to be a huge black eye for the Big ten going forward. It will definitely affect recruiting in the future. They rushed into a decision that they didn’t have to do and now deep down I can assure you they’re having second thoughts because of players are highly upset and that’s not a look you want to portray to the country.

From what I read, Pittman told the team if you want to have a season, you wear a mask and you social distance, and they responded. (Not that that advice would totally apply on the field I guess, if they wear face masks and social distance there, we won’t have much of a defense

). Good for him and good for them. If only UNC students had been told if you want to have classes (in person), you wear a mask and social distance. A friend of mine eye-witnessed that 85% of the students were doing the right thing. But it only takes 15% to ruin everything for everybody (at school, in football, in life).

my cousin, huge Michigan State fan, emailed me a “we want football” thing from big 10 fans to their conference, begging me to add my name. so the Big 10 fans agree with you, Youda

The Big Ten may be absolutely right or absolutely wrong. We may not know until October or so. Apparently their concerns about organ damage in people who recover from the virus played a role, but we don’t really know because they’ve been about as transparent about that decision as the SEC was about how we got stuck with Georgia and Florida. Which is to say, not at all.

Regarding transparency, not sure what it is one should expect. From seeing the wide range of emotions on this board and the convoluted process that it seems so many go through in determining the correct approach, deciding this in the court of public opinion would seem to be a perilous process. Whether one agrees with the decision or not, it would seem that considerable thought and caution were invested.

We’ve been socially distancing on defense now for years

The Pac-12 was very transparent about why it made its decision which was a huge contrast with the Big Ten. The Big Ten won’t even say if the presidents voted or if the commissioner essentially made the decision

Reports say UNC still plans to play football despite having no students on campus. If that’s the case, perhaps the “keep the team in a bubble to save the season” strategy might work.

I’m watching Paul finebaum right now and Mack Brown said basically the same thing I was talking about. He thinks it gives them a much better way to seal the program and create a bubble. Said the NBA model is working and that’s what they’re trying to achieve. IMO it’s the only realistic shot you got at not having drastic outbreaks.

I agree. I always thought the schools wouldn’t go along with a plan to play football without students on campus, but at least at UNC that does not appear to be the case.

Playing this Fall in SEC is possible without students on campus & all classes being on-line. The players would need to remain in their current bubble - including remaining in isolated dorms & dining halls & without interaction with others. Whether that is realistic depends on their commitment & ability to continue in this isolation format. Most players are probably safer than at home or elsewhere & probably better able to focus on their on-line classes, studies, & football while on campus.