Payments for fired coaches blamed. And they don’t have the TV money coming in that SEC schools have.

They’re getting a loan from central campus, to be repaid with interest, to cover the shortfall. 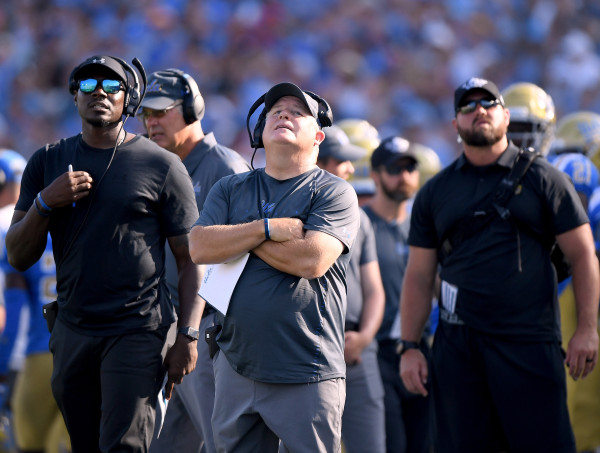 UCLA’s budget whammy: The Bruins are bleeding cash and require a bailout from...

The combination of rising expenses, coaching changes and underperformance on the football field conspired to create a huge budget shortfall for the Bruins in the 2019 fiscal year.

Why will we never leave the SEC? This should give you a pretty good idea.

Another great find Jeff. Mahalo. According to the article, the football team’s food bill alone was $5.4M. They also have a line item to support their olympic athletes, over $5M. I wonder how their expenditures compare to the Razorbacks? I thought the food bill for the entire UA Athletics Department was just over $1M.

You’d be way off, lol. We spend/spent more than anyone. 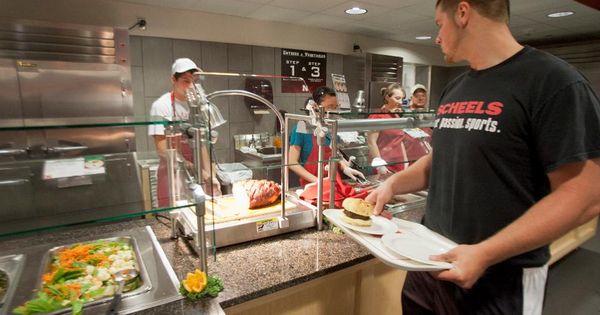 Totaling more than $7 million dollars in 2016-17—the two most recent years that reports are available from most programs—the University of Arkansas spent the most of any public school on student-athlete meals.

In the 2017-18 school year, we spent 16 percent of our $115.2 million athletics budget on sports other than football, basketball and baseball, which can be loosely defined as Olympic sports. If my math is right, that would be about $18.4 million on Olympic sports. Debt services, such as the bond payments on RRS, were 11 percent or something in the $12 million range (UCLA rents the Rose Bowl so has no such major stadium projects; their last big project was a $136 million redo of the basketball arena completed in 2012). We spent 9% or approximately $10 million on student athlete success which likely includes the food bill.

Also of interest, our total revenue from ticket sales was less than what we got from the SEC.

I wonder how long it’s been since our ticket revenue exceeded our SEC revenue. I’m not sure that bothers me, though, unless we’re substantially below most other SEC schools. I’m sure our ticket revenue for football is down, but I’d bet ticket revenue from basketball will climb this year. Baseball ticket revenue has got to be among the top 3 in the SEC. Of course, football revenue is the big key. I suspect we’ll see an increase in 2020 over what it was in 2019.

Of course, football revenue is the big key.

Our ticket revenue for 2017-18 in all sports was about $39 million; SEC distributions were about $42 million.

Out of that $39 million:
Football $31 million
Men’s basketball $6 million
Baseball $2 million
Everything else, essentially zero. Including women’s hoops. That was Neighbors’ first season so we can’t blame Jimmy for that one.