UCalif regents could pull the plug

On UCLA to the Big Ten. They were told yesterday that just USC leaving will cost the rest of the Pac-12 $150 million a year, more if UCLA also leaves. 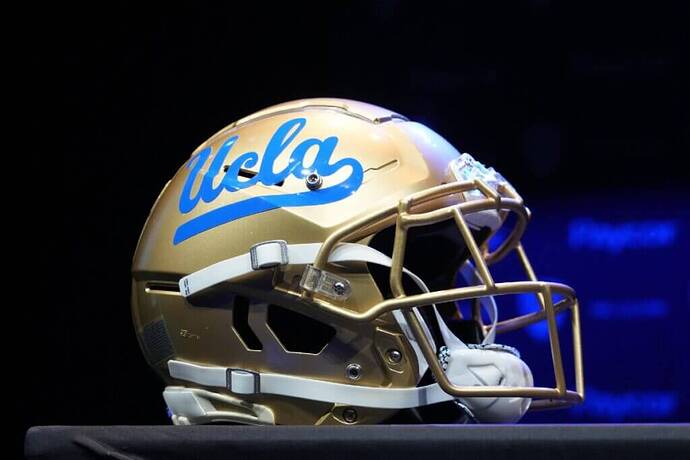 UC Regents on UCLA departure: 'All options are on the table'

The University of California Board of Regents held an hours-long public hearing Wednesday to discuss concerns over UCLA’s announced departure for the Big Ten. At least one regent came away from it suggesting the board could still overturn the...

I can say the move to the Big 10 has a lot of recruits in California nervous.

The ability for family members to see them play is big on the list along with the travel.

I can say the move to the Big 10 has a lot of recruits in California nervous.

I don’t doubt that. Getting to Chicago or Detroit or Cbus probably won’t be much harder/more expensive than getting to Seattle or Pullman. But Lincoln or certainly Happy Valley?

Four Cali teams and the two Arizona teams give you the ability to see about half of conference games with a reasonable drive.

Depends on what you define as reasonable, I guess. It’s 500 miles from LA to Tucson, 400+ to Tempe, 400 to Stanford, 425 to Cal. Then it’s 800+ to Eugene and 900 to Corvallis. Salt Lake City is actually closer than Eugene, and Boulder is closer than Seattle or Pullman, which I would not have guessed.

Having made the drive from Galveston to Fayetteville a few times (620 miles) when I lived down there, I can tell you it’s a damn long way.

Depends on what you define as reasonable, I guess. It’s 500 miles from LA to Tucson, 400+ to Tempe, 400 to Stanford, 425 to Cal. Then it’s 800+ to Eugene and 900 to Corvallis. Salt Lake City is actually closer than Eugene, and Boulder is closer than Seattle or Pullman, which I would not have guessed.

Having made the drive from Galveston to Fayetteville a few times (620 miles) when I lived down there, I can tell you it’s a damn long way.

Pretty reasonable vs. driving 2000 miles or so to Chicago, Detroit and beyond.

Note I mentioned Cali and Arizona. Wasn’t debating trips to Oregon or Washington.

Agreed. You ain’t driving from SoCal to Lincoln or Chicago. Probably aren’t driving to Seattle now.

I looked up RT airfare from LAX to O’Hare in October for a mythical USC-Northwestern game (leave Friday, fly home Sunday). It’s $138 on Spirit, which will hit you with a bunch of fees, but still. However, LAX-ORD is a major route with a lot of competition. AA and United are more like $375. Happy Valley is more like $1000 according to Expedia. Probably would be cheaper to fly to Harrisburg and drive 100 miles (something like flying into Tulsa to get to UA).

Throw in car rental too when flying.

Driving in Cali and to Arizona cheaper.

Yup, that too. You get hotels either way, of course, unless you’re crazy enough to drive 7 hours to Tucson or Berkeley and 7 hours back after the game. And if you did that for a night game, you’re getting home around dawn Sunday.

As I read I was thinking about the many UA fans in the DFW metroplex. For comparison sake, Granbury, TX, west of Ft. Worth towards Stephenville, is six hours to Fayetteville. So, the average trip out west is more like RRS to Abilene, which is 7:15. That is a lot of driving! Games now pushing four hours, and the time in/out of the stadium vicinity is nothing to sneeze at.

Travel within your time zone is not bad, but once you start hopping across time zones you seem to introduce a lot of new issues.

That is one thing about ANY traveling (car or otherwise) when you start including hotels, meals, etc. it really adds up fast.

The trip from Conway to Fayetteville? Little over 2 hours. No big deal, but if we had to pay 2 nights hotel, 4 or 5 meals, going to a 3 hours football game gets expensive.

My son lives in NWA, so we don’t have to deal with a lot of that anymore, for a game in Fayetteville. Dallas? Oxford? Starkville? Austin? Much less Gainsville, etc.? I don’t ever see being able to do those trips on any type of regular basis. Just not in my budget.

The problem with the Board of Regents overturning the move (apart from whether the anti-Big Ten faction has the votes and can legally pull it off) is the financial state of UCLA’s athletic department. They need a big increase in revenue just to get back to only running modest deficits. Making Cal happy by nixing the move will very likely keep UCLA in a financial rut for many years, even if the PAC gets a decent bump in new media rights deal. UCLA literally can not afford to stay in the PAC if it wants to be something more than just another campus in the University of California system that plays football.

UCLA’s financial issues just got mitigated, a little. Under Armour agreed to make a $67 million payment for breaking its shoe/apparel deal with UCLA during the pandemic; that was a major cause of all that debt. But that still leaves $30 million plus in the hole. 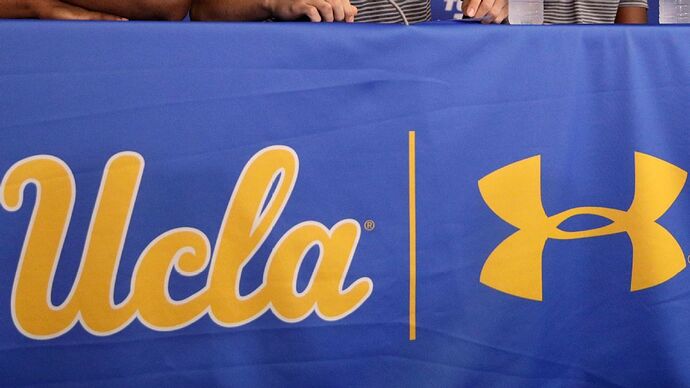 Under Armour to pay UCLA $67.5M in settlement

UCLA and Under Armour have reached agreement on a settlement, with the apparel company agreeing to pay $67.5 million for terminating a sponsorship deal with the school.

I really don’t think they can force UCLA back in (and there would be the mother of all lawsuits if they did, from Big Ten, Fox, etc.), but clearly the Berkeley faction of the regents has its nose out of joint over this and needs to be placated somehow.

It’s not about the driving. It’s about the distance to fridge and the sectional.

I don’t pretend to know or care about the financial or political aspects of this in California, but from my viewpoint, the Cal Bd of Regents would be doing college football a big favor by nixing this deal. (I do not know if the UCLA agreement to go to the BIG required board approval, but if it did, I’d say the TV networks were a bit hasty in signing an agreement that could be so seriously affected by UCLA staying in the PAC.)

I just don’t want to see two large super conferences. If UCLA stays put perhaps USC must, too. That leaves the PAC as a viable P5 conference for at least a while. It also weakens the conglomerate the BIG was about to become. Helps de-incentivize any potential SEC expansion, too.

Regardless, I suspect when the dust settles UCLA & USC will end up in the BIG and college football will move forward with whatever dominoes fall as a result.