UCA to play on despite Southland postponing fall sports 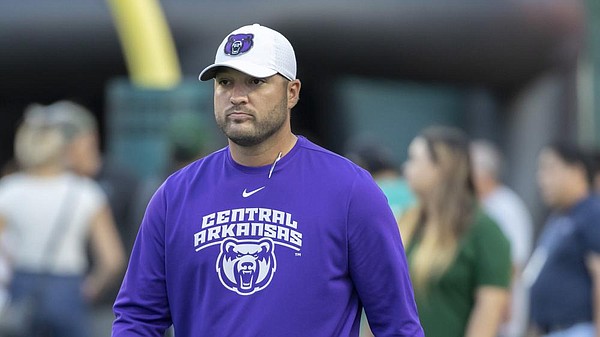 The Southland Conference announced Thursday its intentions to postpone all fall sports due to the coronavirus pandemic. Despite this, University of Central Arkansas athletic director Brad Teague said in a statement the Bears will attempt to play a...

Other than Ark State, I wonder who they’ll try to play. I bet there aren’t many options.

Other FCS schools I suspect. With the odd Tulsa or North Texas from FBS.

But haven’t most of those leagues cancelled their seasons?

Tulsa is American. UNT is C-USA. As of now (check back in 24 hours) both those leagues plan to play. The ones that have shut down are MAC, Mountain West, Big Ten and Pac-12.

I was talking primarily about the FCS conferences, but I guess there are still–as of 4:50 pm Aug 13–enough leagues planning to play non-conf games they might be able to scratch together 8 or 9 opponents.

UCA athletics director said they in talks with schools from the Missouri Valley, Ohio Valley, Southern and Big South conferences to try to schedule games.
Also, several Independents are looking to fill out there schedules…BYU, Army and Liberty.

La Tech, Southern Miss, UNT, UTSA, Rice and Middle Tennessee (all C-USA) wouldn’t be a horrible bus ride from Conway. American has SMU, Memphis, Tulsa, Tulane and Houston. Piece together those with some FCS and some Sun Belt…

The FCS conferences that have shuttered are Missouri Valley, Big South, Southland, MEAC, SWAC, and Patriot that I can find. Who made the MVC announcement? Coach Tattoogate himself, the Vest, Jim Tressel

The AD mentioned that Missouri State is a real possibility for a home game which means… old Bobby Petrino would be wandering around on the purple turf in Conway.

The thing about programs like UCA playing is that I’m not sure they aren’t going to lose more money playing than they would cancelling the season. I suppose ESPN will air some games it might not otherwise & that could help, but they can’t possibly get much ticket revenue. It costs about as much for UCA to travel as it does the UA or Texas. Only difference is they’ll likely bus if the trip is reasonably short.

I hope it all works out for them.

I never thought about it as a reason to keep student athletic fees, but that might be the impetus

I want to say 2 things. If they can find opponents, they need to play. The country has been shut down and we are still dealing with a pandemic. Using football as a tool to open the country and return life to normal is a reasonable approach. Obviously, if the Covid rate skyrockets, then the season should be delayed until the infection rate returns to a low level.

haven’t heard too much(that i can think of)what the division 2 or 3 schools are going to do…ouchita baptist;arkansas tech.etc…they may play them just to have games

haven’t heard too much(that i can think of)what the division 2 or 3 schools are going to do…ouchita baptist;arkansas tech.etc…they may play them just to have games

Right now the Great American Conference, which includes Ouachita, Henderson, ATech, etc., plans to start practice the week of August 31 and start games the week of Sept. 28. The GAC is the only conference I’ve ever seen with no nonconference football games ever, so they would be used to that setup. All their teams play 11 conference games, no NC. So as long as they’re going to play their schedule (delayed), I don’t see any of them playing UCA.