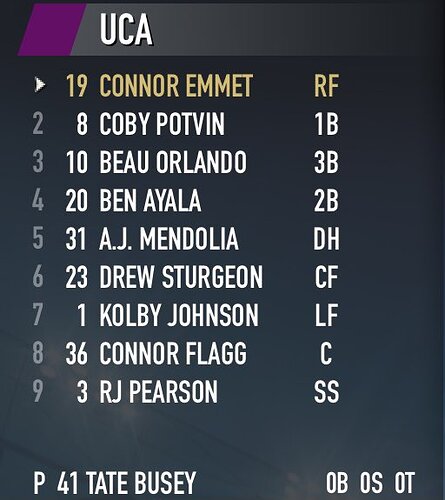 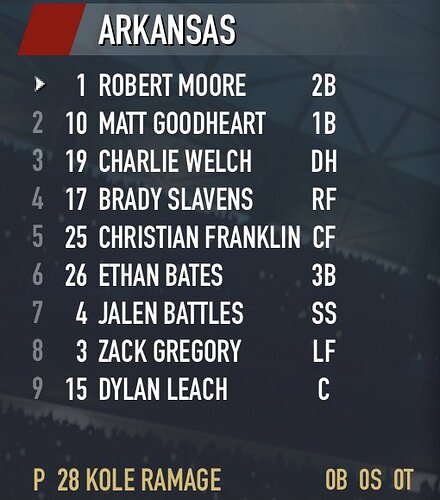 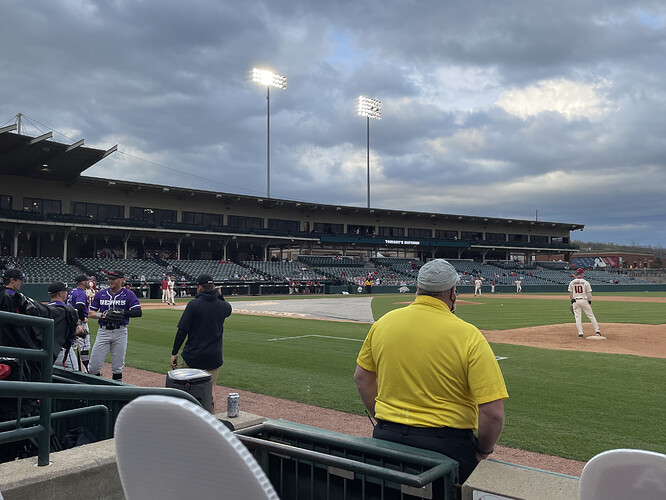 not a good start for Ramage,team has 8 hrs for the yr.

I don’t want to screw around and lose this game. We did that against UALR a couple of years ago.

Doesn’t look like much of a crowd. Is it chilly or something?

Not very crisp in the field tonight.

This has the feel of that UALR game. Should be out of this, but they score a run after that fielding fiasco

We’re doing everything we can to give them a chance.fielding is atrocious and everything Ramage throws looks exactly alike , either drops in the middle of the plate or is in the dirt,why he is so easy to hit, hopefully he’s gone.

The depth of this team is amazing…

Welch can Rake! Hasn’t been fooled by a pitch all yr

Slavens certainly swings for the fences…

Ramage settled down. Throwing strikes and relying on his D. Only 45 pitches thru 4. We need him to get in the groove. He has so much potential.

How about the cap-catch by the fan in the Hog Pen on Battles’ shot!