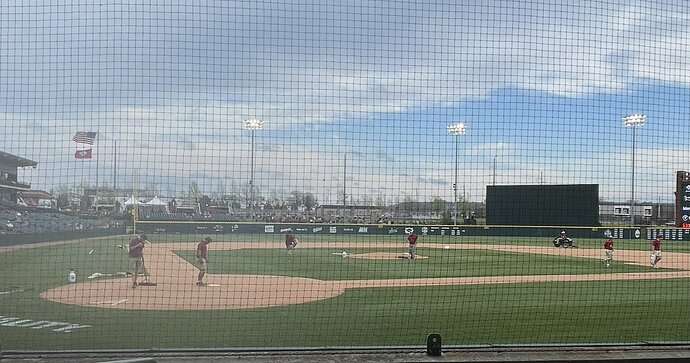 Over/under on total UAPB hits for the doubleheader? I’m going with 6. 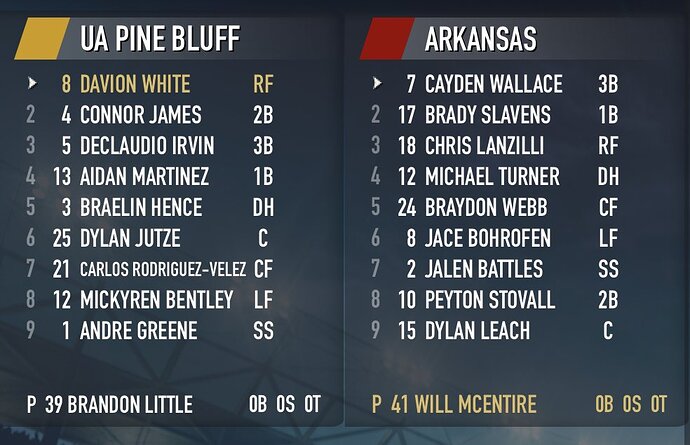 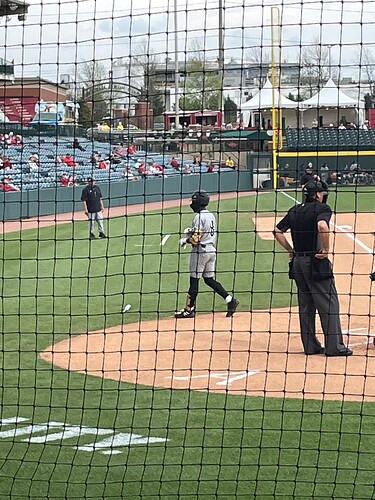 Really cheap double for Bohrofen. CF runs back and the ball falls in front of him.

Battles has this oppo field hitting down.

Softball game 2 (yes they have a doubleheader too):

Hogs scored 6 in the bottom of the 1st on a 2-run single and two bombs.

Linnie Malkin now has three homers today and two in the second game (5 RBIs). It’s now 9-0, one out in the second.

That switch from baseball to softball just scrambled my brain. Not sure I’ll recover from that.

Man oh man! Those girls are on fire!!

Freaky softball stat: The Hogs are hitting .495 for the season with the bases loaded. .495 That number didn’t go down any in the second inning; Sides drew a bases loaded walk, then a sac fly, then Ellsworth’s 3-jack.

Well the home plate u life is a jerk. We all complain about players watching strike 3 but Webb took a swing at ball 4 but the home plate umpire has Ben. Calling that a strike all game long.

And we have a softball player in the baseball game, see above.

We waste a lot of loaded bases…

Where has this guy been, pitches look fast and great!!!

Man, crazy oppo hitting for Battles!!! I think if he keeps this hitting up his pro stock is going to skyrocket.

Starks is really coming on!