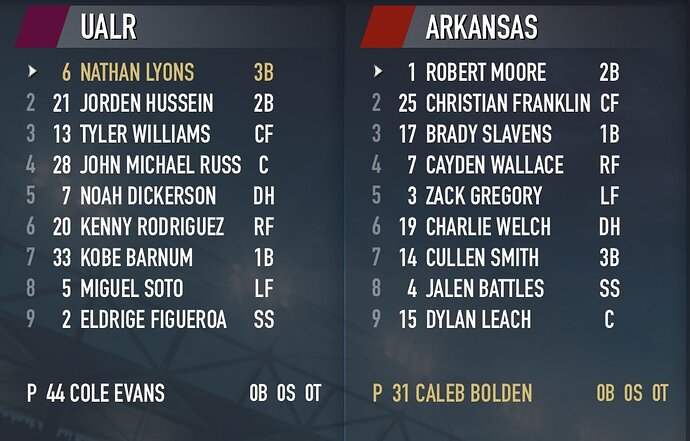 Looks like the weather has moved thru the area.
We have heavy rain with thunder here in Mountain Home.

It’s 88 degrees today in Wilmington, NC. On April 7. Last week we had frost.

Glad Goodheart gets a day of reflection, had been fighting it the last few games 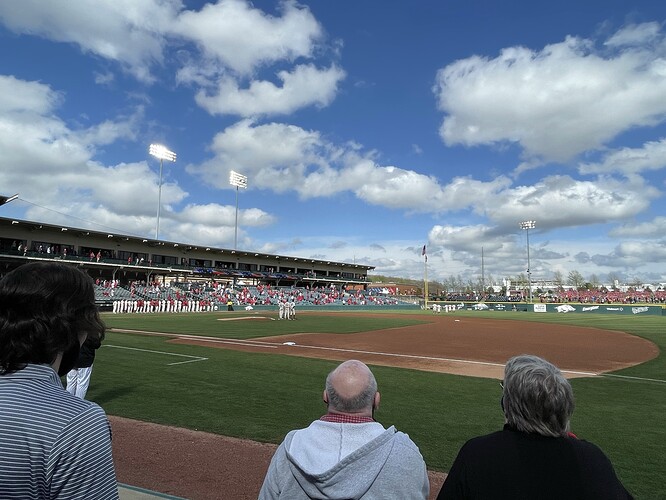 Welch with another Bomb!

Three strikeouts, two bombs. That’s Arkansas baseball 2021 in a nutshell. Only it didn’t happen when we were down four runs.

It’s just nice to start out with a 4-0 lead! Maybe the hogs can duplicate this in Oxford this weekend.

I think the ump called him out just for being a dumbarse.

We about 1 swing away from this being a game… Can’t BB People…Nice comeback, needs to throw change more often,probably what Hobbs told him

Who makes the decision on who pitches? Hobbs or dvh?

DVH is always the one who makes the change so I presume he’s making the call.